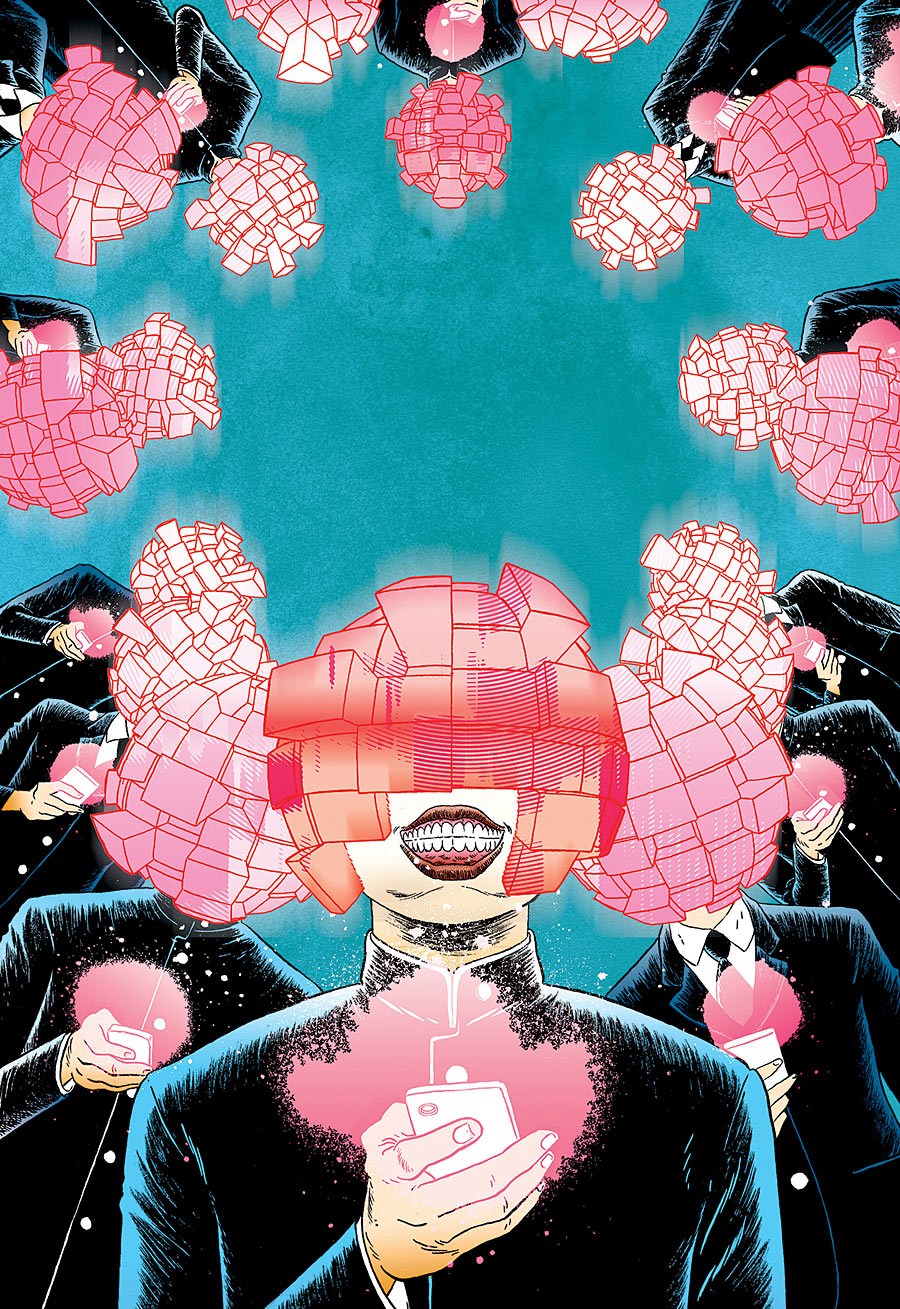 You know, when a comic opens with a dedication to Hideo Kojima and Fumito Ueda, you know it’s going to be a good one.

Deep in the heart of Tokyo, subliminal messages embedded in the codes of mobile games are turning children into mindless killers and only The Tomorrows can stop it. But how do you stop an idea?

Read on below for our full spoiler free review of “The Tomorrows” #3 by Curt Pires and Ian MacEwan. 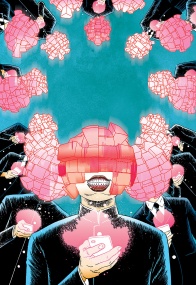 Written by Curt Pires
Illustrated by Ian McEwan
A death meme delivered through a popular phone app. An army of children terrorizing the city. Tokyo is burning, and only the Tomorrows can stop it.
Continuing the techno-thrilling pop-magical pedal-to-the-metal trip through a terrifying future from writer Curt Pires (The Fiction, POP, Mayday), with art for this issue by Ian MacEwan (Sex)!

If you remember, I raved just a little bit about “The Tomorrows” #1 when it was released. The first issue was a piece of sci-fi action by Curt Pires and Jason Copland that created a world that felt unique in and of itself, yet felt lived in by the characters thanks to a long-running history that it felt like we were only really seeing a glimpse of. It seemed to combine elements of dystopic fiction with a little bit of superhero mythology and filtered that through the brains of Pires and Copland to create something amazing.

One of the things that makes “The Tomorrows” stand apart is that every issue is drawn by a new artist. Curt Pires is joined on this issue by Ian MacEwan and MacEwan’s artwork is one of the things that makes this issues really spectacular. In this issue, Pires and MacEwan blend “The Tomorrows”‘ style of sci-fi with horror and I don’t mean the existential horror of dystopic fiction that was already there. Pires and MacEwan capture a very specific style of Japanese-influenced horror that focuses on the subtle terror of subverting everyday normality. It’s probably a pretty heavy-handed reference, but the closest comparison I can think of is to Junji Ito. MacEwan perfectly distils that essence of the horrific being born of taking something normal and subverting it beyond recognition.

That normal thing that’s subverted is what allows “The Tomorrows” to feel like a genuine commentary on today’s world as Pires and MacEwan take a scathing look at the world of mobile gaming. I don’t want to get into that any further as that will definitely fall into spoiler territory, but suffice to say that Pires and MacEwan take this idea to some very frightening places. Those frightening places are, by and large, so frightening because they’re built from an idea that exists in the real world. That’s the beauty of the horror in Pires’ writing and MacEwan’s art as they take something as innocuous as mobile gaming and twist it just so and suddenly it becomes the most dangerous thing in the world.

It’s not just the horror that Ian MacEwan excels at in this issue, though. MacEwan ensures that the sci-fi dystopia at the heart of “The Tomorrows” doesn’t get drowned out in this issue by going out of his way to lovingly create the gorgeous cityscapes of future Tokyo throughout the issue. It creates a hauntingly gorgeous backdrop for the story to play out against and, despite the fact that the last two issues were illustrated by different artists, makes this issue feel part of a cohesive whole as a series through its sense of style. It evokes something close to Blade Runner by way of Ghost In The Shell with its rain-soaked and neon-lit city streets with just a touch of Akira in there for good measure. Yet for all those influences, they’re filtered through MacEwan’s style which brings a touch of unnerving tension and horror throughout the issue.

This being “The Tomorrows”, though, that horror is juxtaposed by one of the greatest fight scenes to ever grace the pages of a comic book. This scene, if you’ll allow me another heavy handed reference, feels like the strange lovechild between the Obi-Wan and Vader fight from A New Hope and the hallway fight from Oldboy. It’s a fight scene that lasts only three pages, but MacEwan crams so many panels onto each page, effectively stopping time to focus on snippets of each separate fight, that it seems to go on for much longer. It feels like a scene from a completely different book, almost, dropping the horror for something much less viseral and much more exhilarating. It’s a strange effect, but it definitely works as an interlude in the issue before the big conclusion that feeds into the strange, idea-heavy writing of Curt Pires that we’ve come to know and love.

In the end, this is just an example of how “The Tomorrows” is able to utilise the single-issue story format to build and expand on an already teeming world full of characters and ideas. Pires and MacEwan have created an issue that both stands on its own and a self-contained story and fits like a jigsaw piece into the larger narrative of the series neatly. What that larger narrative is is still pretty unclear, but with each piece we’re beginning to get an idea of what “The Tomorrows” actually is. As for right now, though, this third issue effectively blends a very subvertive and unnerving horror that plays to the strengths of Ian MacEwan’s gorgeous artwork with sci-fi and action setpieces that shows just how diverse his skills are. This is all layered on top of writing from Curt Pires that blends a lot of very engaging ideas and commentary that I wish I could write about more, but this is, after all, a review on the day of release and I want you to discover those by yourself.

“The Tomorrows” #3 by Curt Pires and Ian McEwan is released today, October 7, so be sure to grab your copy.

Final Verdict: 9.0 – An amazingly horrific experience that continues the barrelling momentum of one of the best comics out there.