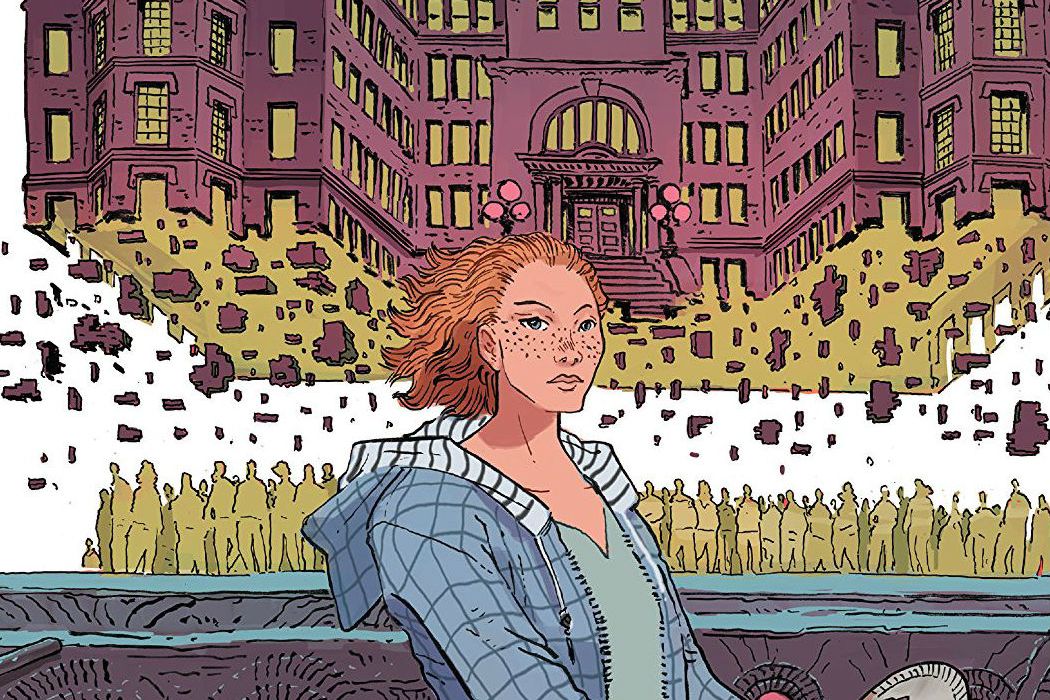 A mental hospital, secrets and dark weirdness are contained in the inaugural issue of “The Unsound”. Let’s take a look. 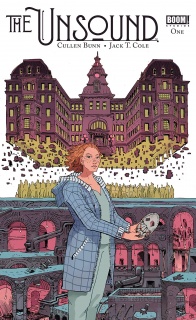 Ashli’s first day as a nurse at Wiermont Psychiatric Hospital turns into a nightmare as a bloody riot sends her fleeing into the bowels of the hospital. Her descent takes her to a hellish world populated by lunatics and monsters, cloaked in a secret history of black magic and heinous scientific experiments.

You know, it probably is really hard to stand out. We live in an age where media is consumed at a rapid pace and it is showing no signs of slowing down. Everything is vying for our attention. What doesn’t help comic books is that they are already ludicrously priced for the amount of content you get. So a first issue has to get a good hook in. Something that will make us want to pick up the second issue. By creating a scenario of interest or giving us characters that endear to make us want to see what happens to them, you can ensure a good audience that will follow as you expand upon the initial outing.

Let’s take the premise: a young woman named Ashli is starting a new job as a nurse at a psychiatric hospital. It’s your standard gothic-esque building, looks like it could be ripped out of any Arkham Asylum scene. On her first day, it seems just very mundane as we are introduced to staff and the residents of the hospital. Then the weirdness starts to begin, as is horror’s want to. Such delights include Ashli hearing voices, the Administration staff perhaps not being quite human, a patient called Xerxes who wears a mask fashioned from a plastic plate, hallucinations and the start of a riot. All fair enough things, but at this point in the story, they come off as incredibly stock horror tropes, nothing played with and nothing you haven’t seen in other horror tales, a mental hospital being such a used setting for horror stories.

Which would be well and fine if we had a protagonist that felt worth following and unfortunately that isn’t the case here. Like the horror elements throughout, Ashli herself comes off as a bit stock as well. Young woman. Living in a cruddy apart. New and nervous about the job she’s got. But that’s about it, really. Beyond that, we learn nothing about her life or personality really. We are just obliged to follow this person because she has been deemed “The Protagonist”. And as such, there’s little to no reason to want to find out what happens to her in the next issue. I get that there was a necessity to introduce a lot of pieces right away, but even still the character feels very flat.

As to the artwork, well it’s safe to say that Jack T. Cole’s work on “The Unsound” is perhaps the best part. I am reminded of artists like “They Are Not Like Us”’s Simon Gane or “Roche Limit”’s Vic Malhotra with the work here. A bit sketchy and brings out a bit of dirtiness in the world. The people don’t look like super-fantasized people. They come off as a bit… well… lumpy would be the best word to use here. I mean that in the best of ways. Crowd scenes are done very well because Cole knows where to put the detail in and when to go loose, providing the reader with a good sense of crampedness. That being said, the art is flawed. While there is an appreciation for Cole putting variety in body and facial types, there are some moments when they aren’t consistent in specific characters. I don’t know if it was the sweater she was wearing, but the Head Nurse’s neck seemed to change from blocky to thin depending on the panel. Finally, while faces were varied, sometimes character expressions were hard to determine the emotion being portrayed.

The colorwork is pretty good as well. Cole keeps a nice muted range so even yellows and whites feel a bit dimmer, feeding the miserable atmosphere. The inside of the hospital is a baby blue, the kind of color meant to produce a calming effect, but still pulls of an effect that is far from calming. It’s very clinical. It’s when the weirdness really ramps up that Cole is allowed to crank up the red to finish the issue with a bit of terror.

“The Unsound” #1 is one of the more difficult books to give a final verdict on because it’s not bad. But it’s not good either. It is an average book. The story is something you’ve seen in horror before and does little to effectively popout or play with or even provide a bit of camp ala “Nailbiter”. It has some nice, if flawed, artwork, however that isn’t enough to elevate it, especially considering the lack of depth or even hook the protagonist or the plot really gives.