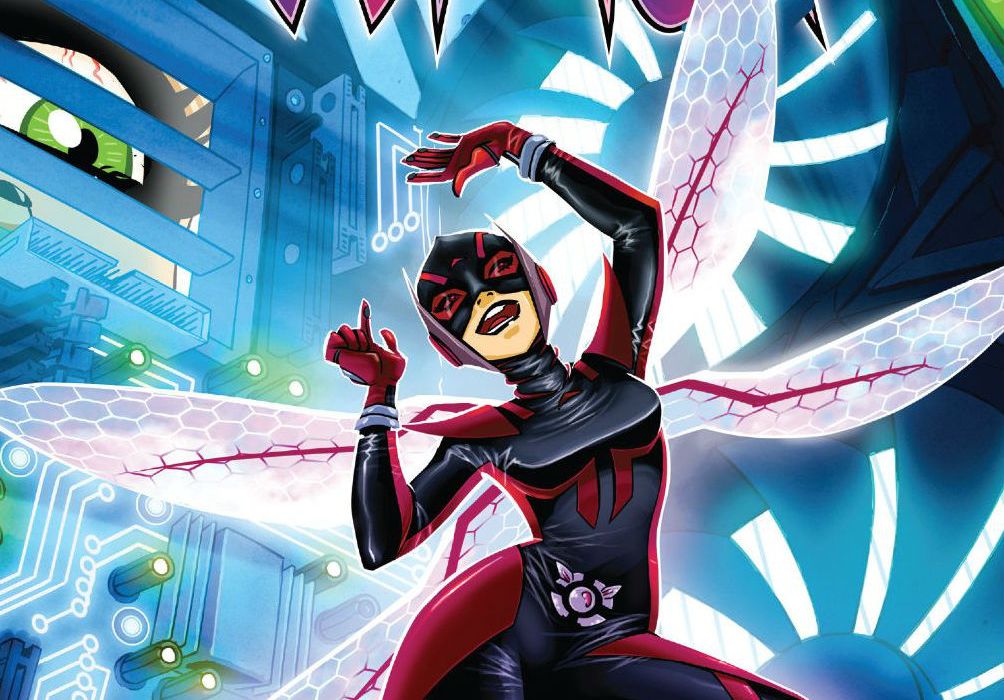 Out of captivity and on her own, Nadia Pym is ready to change the world. But how does her first venture go? Let’s find out. 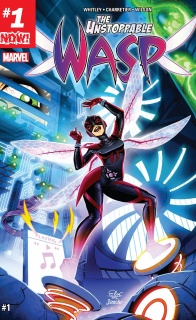 Girl. Genius. Hero. Unstoppable. Nadia spent the entire first half of her life a captive of The Red Room, but now this teenage super-scientist is on her own for the first time, and she’s ready to spread her wings! Hank Pym’s daughter has a lot of time to make up for and she’s determined to change the world. You know, if she can get her U.S. citizenship first. Guest-starring Ms. Marvel and Mockingbird!

So, here we are with another legacy character, from a creative team that I’m told is really good (this is admittedly my first experience with both writer and artist), hoping to put a new stamp on the Marvel Universe while giving some positivity in the same vein as “Ms. Marvel” and “Unbeatable Squirrel Girl”.

And I really wish I could’ve liked this more than I did.

The book is simple enough. It’s an introduction to Nadia Pym, her backstory and a little tidbit for the future. But to me, this felt like one of Marvel’s more cynical creations. Not because of the content. Oh no, it’s very heavy on it’s message of optimism and happiness and cheerfulness. Almost to a kinda creepy degree. This book has nearly all its focus in communicating its message, and it’s a good message don’t get me wrong. The major problem with it is though… it does it at the expense of its protagonist.

Let me try and go through this story and try and explain. The story is basically broken down into three parts: Nadia and Kamala Khan (Ms. Marvel) trying to go over Nadia’s immigration woes, Nadia and Kamala help Mockingbird (Bobbi Morse) fight a giant robot and then Bobbi drives Nadia home and they talk. Talk is a big thing because there is sooooooooooooo much dialogue in this issue. Like, to a point where it becomes almost white noise that interferes with the artwork. Take one example, the page-spread that shows Nadia’s history. There’s so much text going through it that it becomes a chore to read.

And the ironic thing is -as I began above- in spite of all the dialogue that tells us about who Nadia is, it really doesn’t go into who Nadia is. By the end, she’s a teenage girl that is incredibly gifted in sciences. Apart from that, outside of the fight with the robot, she’s essentially following around two guest characters and we are told what she wants to do, but it feels very surface detail. I think a big part of that is the perpetuate cheerfulness despite having very few reasons to be. Now, I’m not saying I wanted a morose angst train, but a little hint about what was going on under the surface would have been appreciative.

To compare this to the debut issue of one of Nadia’s guests here, “Ms. Marvel #1” was able to show a character that was positive and optimistic, but it also showed her having faults and doubts and character traits. Nadia here doesn’t feel like a character, she feels like a cipher to deliver the messages of optimism and girl power (again, which are great messages) with little to no substance. Now, hopefully, the depth will come, but as of now, I’m not seeing it.

This is why I feel this book is cynical from a construction perspective. Not necessarily from the creators, but from Marvel itself. There is something to be said that Marvel didn’t greenlight a Wasp ongoing until they had a teenage legacy character, in spite of the many opportunities they could’ve done with Jan Van Dyne. This felt like coldly calculated traits to redo the same books as “Ms. Marvel”, “Moon Girl & Devil Dinosaur” and “Unstoppable Squirrel Girl” but with little to nothing to add on its own.

Now onto Elsa Charretier and Megan Wilson’s artwork. I’ll give it that it does mesh well with the light-hearted and energetic tone the script wants to go with. They do a real good job conveying a sense of motion when the action really starts going and they get to show off some real fun ways the heroines stop the villain. Some of the facial expressions can be a bit off. One is supposed to be expressing sadness (I know this by the dialogue) but the face she’s making is one of kind of abject terror. If the art wasn’t so hampered by the overabundance of dialogue, I probably could have enjoyed the visuals a bit more.

Like I said, I wanted to like this book. I really did. I haven’t been following Waid’s Avengers work so this was my first real introduction to this character and based on this first issue, I was really underwhelmed. It’s so much more interested in its messages and guest characters that it felt very light on giving us a fleshed out protagonist.

Final Verdict: 6.1- The potential is there, but it’s not really been utilized.