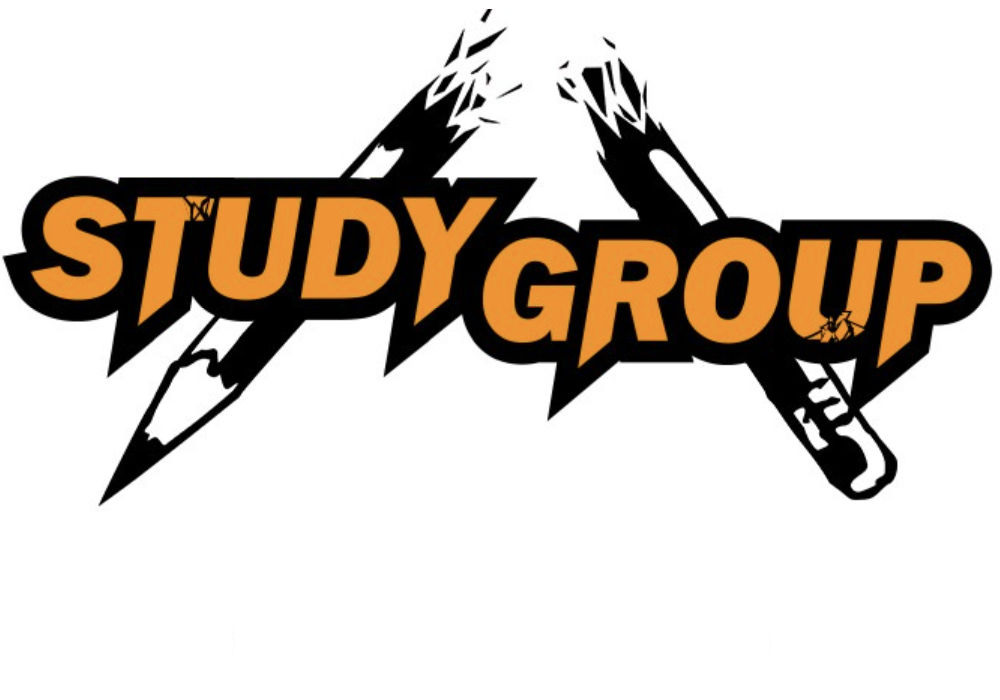 Mmmmm, it’s that time of year where you can smell the webcomics cooling in the windowsills. The scent of romance, sci-fi, fantasy, and the occasional absurdist comedy wafts through the house and fills you with a special joy. Fall is in full-swing, almost giving way to winter, leaving us with our coats and our mugs of hot drinks ready to settle in for some good reads. And do we have some for you today. “Dr. Frost” continues, joined by some high school friends in “Study Group” and CATS CATS CATS in “WeFlapsComics.”

All this, and a mixture of cinnamon, nutmeg, ginger, cloves, and sometimes allspice in this issue of The Webcomics Weekly.

Dr. Frost
‘Those Who Are Not Yet Alive’ (7) – ‘Behind the Scenes & Commentary’ (3)
Updates: Saturdays
By Jongbeom Lee
Reviewed by Elias Rosner

The second half of ‘Those Who Are Not Yet Alive’ is a marked departure from its lighter though somber beginning. Shifting the focus to be more clearly on Yeonshik, we are put through a whirlwind of emotions, all grounded in the complicated and painful journey of Frost, Yeonshik, and the parents of Jisu, Yeonshik’s deceased friend. I’m surprised the case flows as smoothly as it does because Lee puts in a lot.

We have the introduction of Jisu’s parents, the full, though respectfully circumspect presentation of the source of Yeonshik’s trauma, the usual theory talk, Frost’s own back-and-forth with Dr. Fater, and then a series of escalating crises which culminates in the resolution to Yeonshik’s arc. I’m sad to see him go but I’m also glad, because it means he’s taken the necessary steps forward to feel safe outside of the protective ward. I really liked the conversations in this half of the arc, though I think Jisu’s parents suffered from being little more than dramatic plot devices, the little time we have with them being spent in service of Yeonshik’s arc rather than their own. They are still representative of the ways a tragedy impacts all around it however, returning to the idea of contagious trauma ‘Is There A Light At the End of This Tunnel?’, albeit taking a different form and process.

Lee’s art is a bit uneven throughout this half of the arc, with characters looking inconsistent from panel to panel, and we have some more examples of his shortcoming with regards to one-off references to real people. I noticed this the most with Dr. Fater but I never really mind. The strengths of the comic lie in the way Lee presents the stories and develops his characters and that’s excellent this time around. The long-term storytelling developments too are great, moving Frost forward again as he learns to do the hardest thing of all: take his own damn advice.

He had an extra tough time because, as he notes in the commentary episode, the events of this arc were based on a real tragedy. While I did not catch this, I’m sure South Korean readers would have. Not knowing the history is not an impediment however, because the “Dr. Frost” structures its handling of the event in such a way that we can glean the necessary framework without needing the details. It takes skill to do that and so, hats off to you Jongbeom Lee. And thanks for making the next one a little bit lighter. Do I sense some more Pavlov in the future? 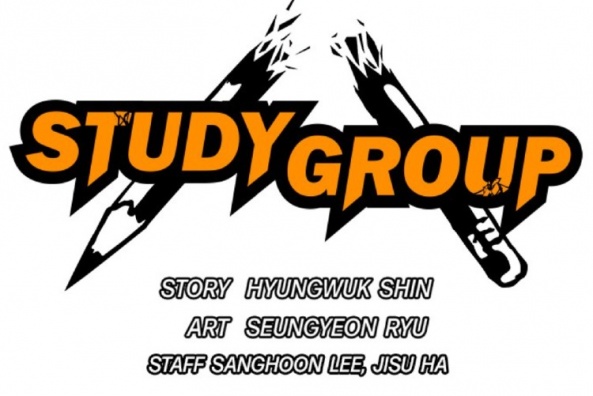 “Study Group” has a straightforward title that immediately gives an impression of what it’s going to be about, clearly it will just be a riff on that cult classic sitcom Community. Well, it is about the forging of a study group, just one that takes place in an academic environment worse than Greendale Community College. Series protagonist Gamin has never been good at studying or maybe it’s the retaining of information and applying it during tests – which is more often the case. Through a series of poor entrance exams, he finds himself at the worst Yusung Technical High School in Incheon aka the School of Delinquents! Fights break out at the drop of a hat, the faculty and staff appear overly comfortable with the salutary neglect. This isn’t the best environment to get into a university from, even though that is Gamin’s dream. With few options Gamin begins to put together a study group and the sudden appearance of his former tutor just might seal the deal. Assuming he can survive the experience.

“Study Group” is a workable comic that is effectively translated, meaning the dialogue flows well enough and it is able to contextualize somewhat denser cultural points. Seungyeon Ryu’s art continues the trend of overly large gutter space for my liking, however, there is a surprisingly functional aspect to them in this strip. Isolated panels fail to give a coherent sense of space and environment as such the sudden outbursts of violence are effectively shocking, even if a bit predictable after a while. This lack of coherent space also helps to represent the isolating sociality of Gamin. The strip is incoherent, but in a good way. The school as a place of order and regimentation is denied with Ryu’s art. Certain environments are given more depth but you would be hard pressed to tell anyone how it’s all connected. The Yusung Technical High School’s design seems to be Gotham City-esque which means it is based on function not geography.

The strip seems like it’s destined for something like a meek man comedy until the twist where what Gamin is capable of is revealed. The twist isn’t all that surprising but it helps to explain how the series will handle the inordinate amount of violence that is due over the next three years of narrative time.

“Study Group” might have just enough generic novelty to warrant a read. 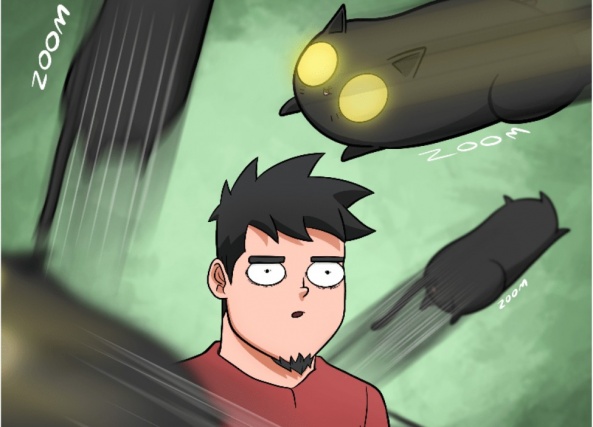 Cody Stone Stowe’s cat comic isn’t technically new but it’s new to WebToon, so I decided to go through the archive this Sunday as a respite from NaNoWriMo and ended up reading all eighty available strips in one go. They’re that easy to read and that enjoyable. WeFlapsComics is a comic about a cat named Coral, and what life is like with a cat named Coral. That’s it. If you’re looking for complicated storytelling and worldbuilding and character work, find me next week, because this week, I’m all about cats and I’m not talking about the 2019 cinematic travesty.

Anyone who has lived with a cat will recognize the situations in the comic strips. And although none of the jokes are new, there’s just something about life with a cat that’s fun to read about. My own cats have been off in cat heaven for a few years but I can still vibe with a comic about the three a.m. zoomies or the way cats will stare at absolutely nothing in the corner for an hour making you think your house is haunted. It’s not that the comics are universal — my life with a dog is an equally enjoyable but not exactly the same experience — but once you’ve had a cat you’ll smile along at the little things cats do that make our lives richer and also infinitely more annoying.

The artwork is simple but effective. You don’t have to beautifully render a cat’s mane to make a joke about how stuff on the floor sticks to it. But the way Cody Stone Stowe draws Coral’s eyes is perfectly expressive and very effective. You can always tell Coral’s mood and it’s exaggerated to a ridiculous degree, making Coral either the cutest being on the planet or the most fierce — sometimes in the same strip. And he also effectively draws himself, which is tough to do, and manages to consistently come up with gags that are genuinely clever, like the bit about donning fencing getup before playing with a feather on a stick. It’s a clever visual gag that works well with the simple vector graphic style of the comics.

So if you need a break between whatever you’re doing in your real life and need a cat comic to make you chuckle or if you’re literally stuck with a cat on your lap right now, go read a few WeFlapsComics and you won’t be sorry you did. 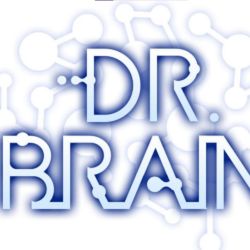 The Webcomics Weekly is back in your life with BRAINS!!! That might be a motif suited for last month, but it never really goes out of style. This week we look at the doctor of brains with “Dr. Brain,” a couple of very special strips for “Lavender Jack” and the continuing courtship of “Lore Olympus.”Dr. […] 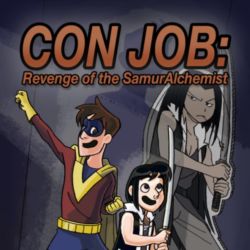 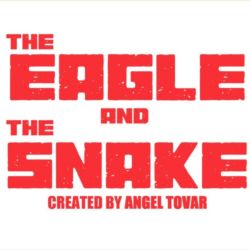 The air gets cool, the leaves fall off the trees, and the ghosts go wailing in the night. Halloween may have passed but that doesn’t mean we can’t still celebrate the season where things feels in transition between the warmth and the cold, where shadows grow long and days grow short. Joining our returning look […]