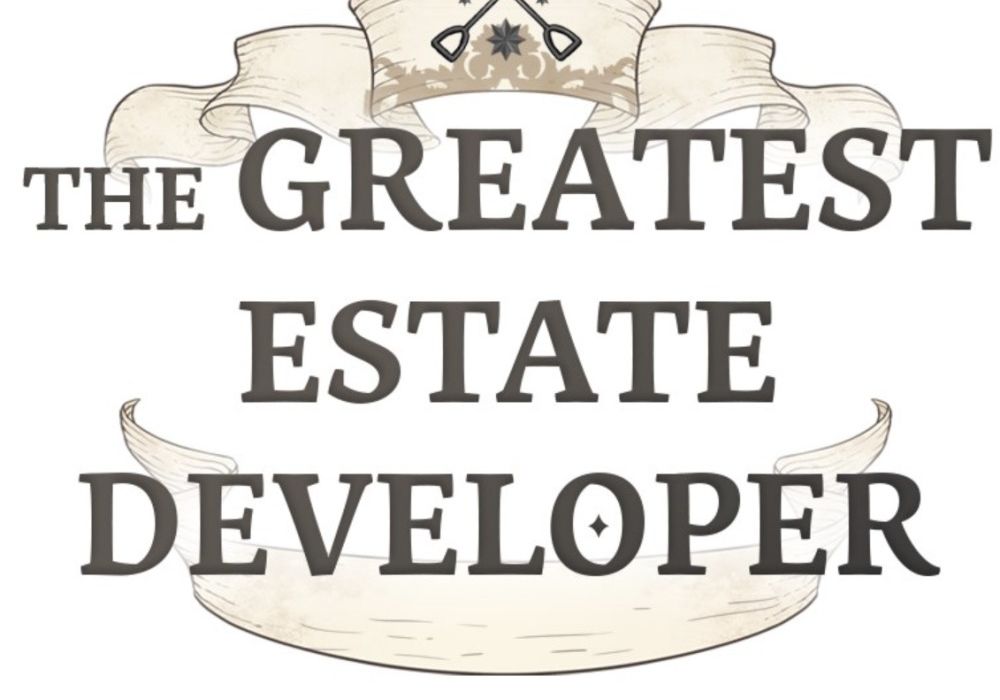 Some weeks, we find comics that seem fun and end up being just OK. Othertimes we get ones that blow us out of the water. Most of the time we find ones that have titles which make me laugh my ass off and the content doesn’t matter. This is all preface because there’s a comic called “The Greatest Estate Developer” and no amount of “Morgana and Oz” or “Dr. Frost” can get me to stop thinking about how amazingly ridiculous this concept is.

All this, and a reminder that is our final edition of 2021, in this issue of The Webcomics Weekly. See you in 2022!

Season 3 of “Dr. Frost” comes to a close with ‘White Night,’ wrapping up all the lingering questions of the season and providing one final case for us to sink our teeth into. As with most of the cases this season, the mystery aspect isn’t what happened or will they figure it out in time but “can Frost grow” alongside the resolving of each person’s personal issues and conflict. It makes sense, then, that Professor Fater and the relationship with his father is the focus of this arc. We learn that it was a fraught relationship because of his father’s failings and, in the end, the two never reconcile but Fater comes out OK.

This is one of the greatest strengths Lee’s writing and his commitment to rooting the drama in as much reality as he can. Not everyone is able to have a clean end with their parents and not every parent is caring at heart. Fater’s father wasn’t hiding some wellspring of love or unable to convey how he was actually proud of Fater; he was a bitter man who couldn’t see his son for who he was and what he wanted to do, was actively afraid and ashamed of this freedom he never allowed himself to have, and, until the end, Fater could not see this either. He chased his approval, never internalizing how it would never come. It’s a message we don’t see often. It’s so rare in fact, the comic goes out of its way to point it out.

And so, that’s where we end Frost’s time in the protective ward. He was mostly an observer in this case, offering only nominal confrontation and not doing any detective work. Instead, his sections focus on his fear of leaving the protective ward and the why of it all. It all culminates in a meeting we’ve been waiting for since the season started: Frost’s friends coming to visit. I got a little misty eyed when Seon and co. showed up but then Lee opened up the waterworks with Seonga’s appearance. What a damn effective scene. So effective, in fact, I didn’t see the season 3 finale swerve coming.

It’s become a cliché to have a chunk of time in media all be a dream or with a character in a coma. This could be leveled at “Dr. Frost” but I refuse to do so. For one, Season 3 is not invalidated by it being in a coma, as the metaphor of the protective ward holds up and the events still happened in one form or another, just in the past rather than in the present. Even if none of the cases were ‘real,” they were, as I have argued before, symbolic of the kinds of lessons Frost had to learn in a far more direct way than in past seasons. It happening in his subconscious doesn’t negate Frost’s journey as it was an emotional one which will continue to advance.

It also explains inconsistencies like Nurse Yoon being suspiciously similar to Seonga or the child never getting his own arc or why Frost would put himself into the ward in the first place considering the foul play involved at the end of season 2. Or why he was given the kind of leeway he was with regards to other patients by the doctor, considering, well, he’s a patient there himself and even with “Dr. Frost’s” liberties, that always seemed a bit odd. It’s not the resolution I expected but it is one that is well-planned, well-executed, and has me excited for season 4, which we’ll be starting…in the new year. 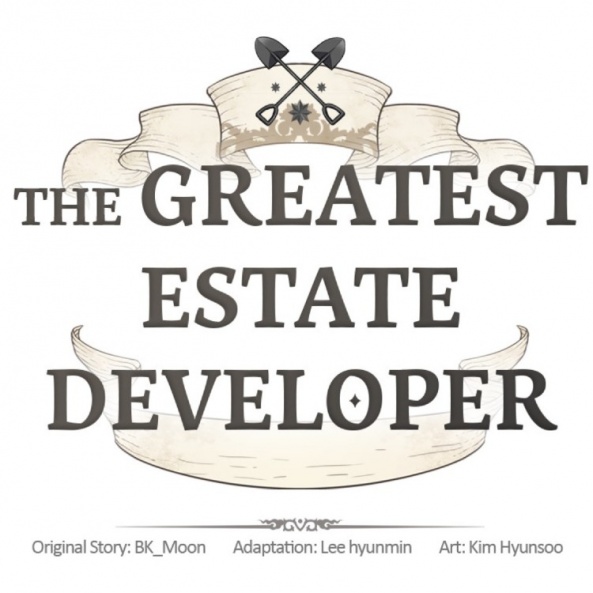 Did I pick “The Greatest Estate Developer” because that is an absurd name? Yes. Did I expect it to be a self-aware isekai that again uses video game conventions to explain the overall quest structure of the series? No. Those are two generic and formal conventions I am getting somewhat tired of, and yet seeing them mashed together in this way is mildly intriguing. Everything else is technically fine if a bit uninspired. Kim Hyunsoo’s art is well composed and mixes lush, detailed panels with excessive cartooning for effect. They draw generic anime pretty boys very well. The idyllic pastoral western European setting feels like it’s straight out of Poldark. If you aren’t as bored with these conventions “The Greatest Estate Developer” should be worth a look.

Where “The Greatest Estate Developer” finds some much-needed wiggle room is in the self-awareness. The video game aesthetic with its techno sheen is a nice juxtaposition to the pomp and circumstance of the rest of the setting. It’s sprinkled throughout but at its best in these early episodes at the start as an entire cityscape manifest. This awareness of game mechanics also gives our protagonist Suho Kim / Lloyd Frontera an effectively annoying edge. He is treating it as a game and not as reality, which threatens to turn him into a murder hobo. That threat is the crux this series is going to hang on, if this guy can become a better person. It’s an emotional hook I wasn’t expecting at the start of this strip and yet it has itself in me just a bit.

“The Greatest Estate Developer” might not be for people beyond fans of the genre or those not well versed in it, but there is a spark of something there. Everything around it fails to stand out compared to the litany of similar titles on Webtoon, but at its core there are some existential questions that are interesting to think about at least. 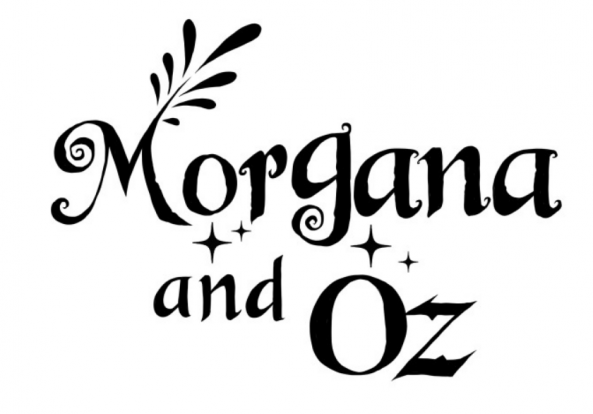 Just a few weeks ago, I reviewed a comic where a witch and a vampire went on the run, robbing banks and doing magic while becoming friends. This week, I have a review of a comic where a witch family and a vampire clan are hereditary enemies! But! Sparks fly when a hapless witch meets her vampire counterpart. Witches and vampires are all the rage these days on Webtoon and as a giant fan of vampire stories, I’m not complaining. (Side note: today also saw the passing of Anne Rice, who brought the romantic anti-hero vampire character into the pop culture consciousness and gave the world Lestat, the original angsty goth vampire lothario. RIP.)

“Morgan and Oz” starts with a witch family trying to make a feast happen without magic, and having a hard time with it. Witch diplomacy ain’t easy! Especially when the guests of honor are vampires your family has supposedly been tormenting for generations. The titular Morgana, a teenaged witch who doesn’t seem to be great at casting spells, accidentally incinerates her party dress. This leads her to meet-cute with Oz, a vampire who is so low on the totem pole, vampire-wise, that he’s outside playing backup for his vampire boss. When simmering tensions boil over, Morgana and Oz, though they haven’t been feuding like their respective families, get swept up in the fray. At the end of the third episode, which is the last one available right now, Oz is accidentally turned into a cat. The adventures of a witch and a cat-vampire may be coming next. Who knows?

The artwork in this series is exactly the kind of cute Webtoon manga-ish style you expect from a cute supernatural romance. The facial expressions are heightened and the backgrounds are simple but effective. The characters are distinct from one another, mostly due to the fact that the witch family all wears a stereotypical witch costume while the vampires look like extras from movies about vampires, but all different ones. Oz, the vampire main character, looks like he was auditioning for a part on Lost Boys and didn’t realize it wasn’t still 1987.

Though there aren’t many episodes available yet, this series looks cute and promising. I’ve said cute several times, because, well, this is a cute comic. There are cute witches and cute magic spells and it seems like it’ll be a cute story. If supernatural meet-cutes are your thing, this one may be worth following. 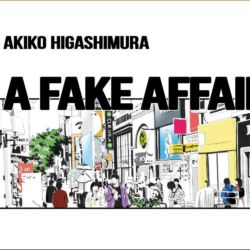 The Webcomics Weekly is back in your life. And this week it isn’t “A Fake Affair” it is the real deal, with continuing coverage of “Lavender Jack” as well as “Straylight Tiger”.A Fake AffairEpisodes 0-6Updates: Daily (Completed)By Akiko HigashimuraReviewed by Elias RosnerDo you like romance NOT set in an office or high school? Do you […] 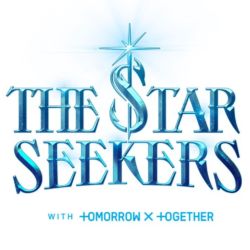 Normally on the weeks when we have “Dr. Frost” that’s the only recurring comics but this week we have something special! No, not “The Star Seekers.” That’s a new one. Nope, we’ve got an additional review of the Ancient Greek sort. So put on your togas and get your best gossip ears ready and then […] 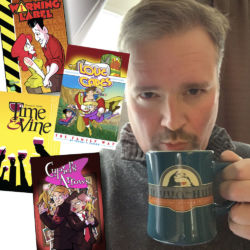 Interview with a Webcomic: Thom Zahler on Working with Webtoons, Romance Comics, and “Cupid’s Arrows”

Thom Zahler is no stranger to Multiversity, having previously swung by to talk about his last webcomic, "Warning Label" back in 2018. Now we're here to take a long look at his many books, including the recently Ringo-nominated "Love and Capes: In the Time of Covid" as well as the webcomic "Cupid's Arrows."