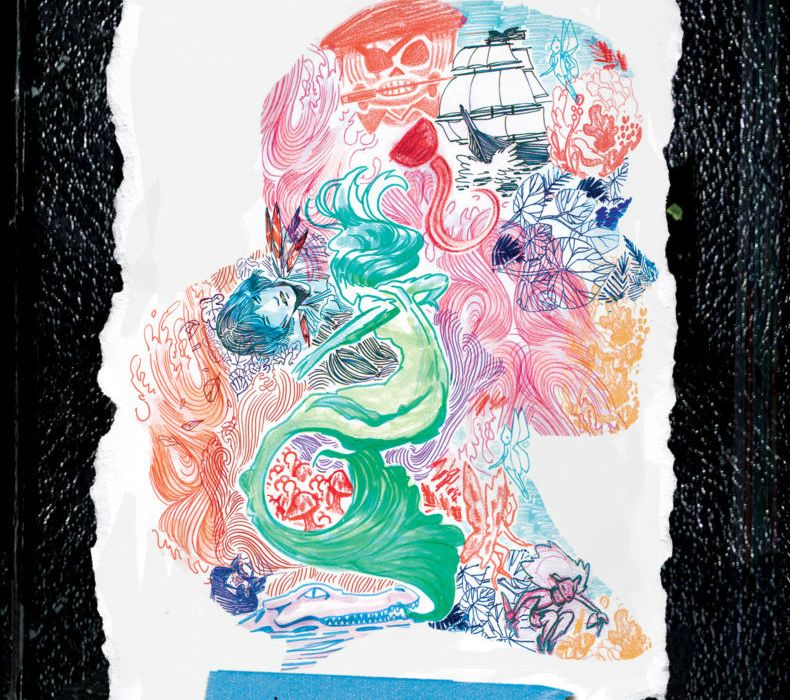 While the growth of YA literature has mostly been an exploration of the monetization of content, one particular aspect has been relatively welcome; stories about children and teens confronting the ordinary problems of everyday life. While not everyone has gone through the pain of losing a sibling, or even an immediate family member, the confrontation of grief and the emotional journey that accompanies it, is something fundamental to the human experience, and stories that explore these concepts with a younger audience in mind are valuable. 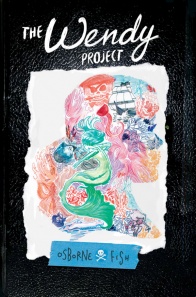 16-year-old Wendy Davies crashes her car into a lake on a late summer night in New England with her two younger brothers in the backseat. When she wakes in the hospital, she is told that her youngest brother, Michael, is dead. Wendy ― a once rational teenager – shocks her family by insisting that Michael is alive and in the custody of a mysterious flying boy. Placed in a new school, Wendy negotiates fantasy and reality as students and adults around her resemble characters from Neverland. Given a sketchbook by her therapist, Wendy starts to draw. But is The Wendy Project merely her safe space, or a portal between worlds?

“The Wendy Project” is a hauntingly beautiful peek into the psychological trauma of loss, told with the familiar characters and plot structure of Peter Pan. Yet, the book isn’t really a retelling of the Peter Pan myth. Author Melissa Jane Osborne focuses instead on using the escapist metaphor of Pan as an analogue for the denial phase of the grieving process.

Viewed through that lens, “The Wendy Project” is a relatively straightforward experience, ticking off boxes on an adolescent grief checklist. Anger, depression and, of course, denial play the largest parts in this narrative, punctuated by the delusion that somehow Michael has survived and is in Neverland. The delusion slowly layers over her life until every person in it has taken on some role in the Peter Pan story. And yet, the notion that this fantasy is real is preserved throughout the book.

Osborne walks a fine line between a realistic assessment of grief and a truly escapist fantasy where Wendy has actually lost her brother to a literal Neverland. Even at the very end, that question isn’t resolved for the reader, even though Wendy has found her answer. Ultimately, it is Wendy’s choice that matters, but the lack of clarity can be emotionally confusing. I think that confusion was what Osborne was reaching for. The combination of the physical trauma of a car wreck and the mental trauma of losing a sibling would otherwise be very hard to portray. But for the reader, this blurry line serves to deprive us of a real cathartic climax. Wendy may have achieved a kind of solace in the end, but it’s hard for the audience to determine if any of it was real or not.

Fortunately, Veronica Fish’s beautifully sketched panels go a long way towards drawing us into this world. The narrative device for the book is that Wendy’s psychologist gives her a journal to draw in. The book itself is that journal. Fish, notable for her work on “Spider-Gwen,” “Archie,” and “SLAM!,” brings a combination of messy, sketchy work and clear, somewhat realistic style. The feeling from the art is probably closest to her work on “Archie,” recapturing that realistic-yet-toony style and rendering it as emotionally charged sketches.

The pages start largely in grayscale, with just a few splashes of single-color watercolors. But as the narrative progresses, the colors are used to help separate the fantastical elements from the real-world setting, but also help to highlight tension and passion. The effect overall is a little bit like someone went over the journal with a paint set after it was finished. The colors rarely fit the lines perfectly, adding to the dreamlike feel of whatever scene they’re included in.

Though, where the book really shines is in the little details. Things like Wendy’s brother John became mute after the accident, and the illustration of his face in those moments. The visual shifts to Neverland and back, like a pair of panels where Captain Hook becomes the town sheriff with a flashlight. The subtle shifts in Wendy’s hairstyle as she ‘grows up’ up in the story. Fish’s visual vocabulary is extremely effective, both in utilizing the tropes of Peter Pan, and in giving us some clear signposting for Osborne’s sometimes muddled narrative.

Also woven into the story are quotes from J.M. Barrie’s original story of “Peter and Wendy.” I appreciate the return this first version of Pan that doesn’t lionize Peter. The Pan in “Wendy Project” is much more like a force of nature. Someone who exists to ‘save’ abandoned little boys, but has no care how it might affect their families. Michael might have survived in Neverland, but also can’t really return. Peter isn’t exactly a bad guy, but he’s definitely not the hero of this story.

“The Wendy Project” addresses a number of very ‘air-quotes adult’ ideas, but does so in a way that feels authentically tailored to the YA audience. Ultimately, it is a story about faith, though that faith isn’t constrained by a major religion or belief system. It is the same kind of faith that lets you smell your grandmother’s perfume when you go and visit her old house. The belief that there are some things that transcend death.

And that’s an important message for kids. Grief management is a tricky enough problem for adults. But one thing that helps is recognizing that the process is painful and confusing. “The Wendy Project” probably isn’t a universal solution, but it is a step in the right direction because it treats Wendy like a real person who doesn’t just magically get better. The more we have of this kind of story, the more chances we’ll have of finding the right tools to help everyone who has ever lost someone.