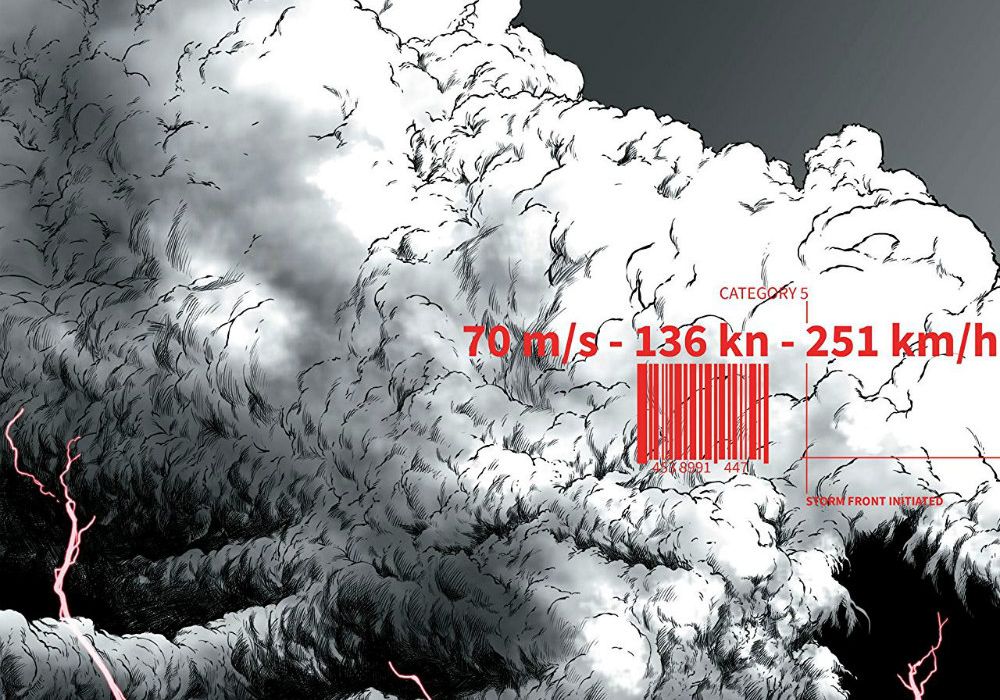 With “The Wild Storm” #17, John Lynch comes into contact with the final member of his old Thunderbook program. And as “The Wild Storm” moves into its final stretch of issues, some of the last pieces of the puzzle are being laid into place. Read on for our review, but be careful, as there will be some spoilers that follow. 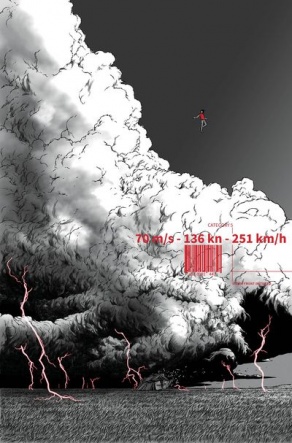 Written by Warren Ellis
Illustrated by Jon Davis-Hunt
Colored by Brian Buccellato
Lettered by Simon Bowland
Stephen Rainmaker was the most dangerous man John Lynch knew even before he was inducted into the Thunderbook program. So much so that nobody could quite define how Thunderbook changed him. On his trip around America to warn his old team, Lynch left Rainmaker until last— for a reason. This is the visit that Lynch always knew could kill him. Meanwhile, Marc Slayton is discovering new things about America, IO and Skywatch.

“The Wild Storm” has been nothing if not methodical. It has been fascinating watching Warren Ellis and Jon Davis-Hunt recreate the old Wildstorm universe one piece at a time. Since the confrontation between IO and Skywatch really kicked off back in “The Wild Storm” #12, the book has shifted gears a bit, following John Lynch as he travels around America, trying to relocate the members of his old team, people who, in old continuity, are the parents of the Gen 13 team. Each of these confrontations has gone poorly in some way or another, and this pattern has given the series a kind of through-line that it seemed for a while it was lacking. It also set up “The Wild Storm” #17 to subvert the expectations that the past 4 issues have created for the series.

Davis-Hunt’s work in this issue is, as it has been for the entire series, fantastic. The issue starts with a wordless opening scene where we are able to see the full might of Stephen Rainmaker’s power, with Lynch driving in toward a massive storm that Rainmaker then easily dispels. The sense of scale that Davis-Hunt is able to create in this issue is fantastic. The size of the storm in relation to Lynch’s pickup truck, Rainmaker small, human body as he makes these massive purple clouds just dissipate into nothing.

Brian Buccellato’s colors help to bring this moment to life. The transition from the setting sun behind Lynch’s car as he drives into the dark purple and black of the storm clouds is beautifully done. And the subtle shift in colors after the storm has been broken up. It’s not a move from stormy weather to full sunlight. But the small difference between the storm and the colors of the setting sun are enough to change the mood of the scene. Lynch’s silent drive here is a buildup that makes it clear Rainmaker is one of the most powerful of the people who Lynch has tried to hunt down. And then, after all of that, the two of them just talk.

It’s a great play on the expectations the series has built up so far. Ellis has set up each of the people Lynch is hunting down to be crazy in one way or another. And yet, when he reaches the last person on his list, the two end up having a nice, civil conversation. The tension, and the way that tension is dispersed, mostly comes down to the great work Davis-Hunt does with the body language of the characters. Reading the issue, you see Lynch shift from stiff, checking his guns, ready for a fight, to relaxed, leaning back on the hood of his truck. The subtle shift in posture and the way Lynch carries himself is what really sells this scene, and Davis-Hunt does a great job makes a conversation over drinks into a scene that is still visually interesting.

Davis-Hunt also continues to do interesting work with the layouts in this series. While he mostly keeps the book’s layouts as very clean, square panels with plenty of gutter space, when things start to take a turn for the weird, Davis-Hunt’s layouts break this mold. In this issue there is a scene where it feels like some of the panels have broken loose and are falling down the page, as a character makes psychic contact with another. The way this series focuses on clean layouts makes the times those are broken so impactful to the story, that even small changes are enough to make a big impact.

While this is a series that I have overwhelmingly positive feelings for, I do wonder at times if it will read a bit better in trade. The way that this series has been structured, there are so many different organizations, so many different people pulling strings in different ways. It can be easy to forget all of the different dominoes that Ellis has set up over the course of this series. Now that it seems like this series is coming to a point where things might start really crashing together, I personally want to go back and reread the series, just so I can make sure I remember what all of those different dominoes even are.

But, that is a problem I think will be more strongly felt in issues to come. For now, with “The Wild Storm” #17, this is still a fantastic issue in its own right. There is a last page reveal introducing two characters I have been waiting for Ellis and Davis-Hunt to get their hands on. This is a series that always leaves me excited for the next issue, to see how everything will come together, and this issue is no exception.

Final Verdict : 8.5 – “The Wild Storm” #17 is another great chapter in this ever evolving series.