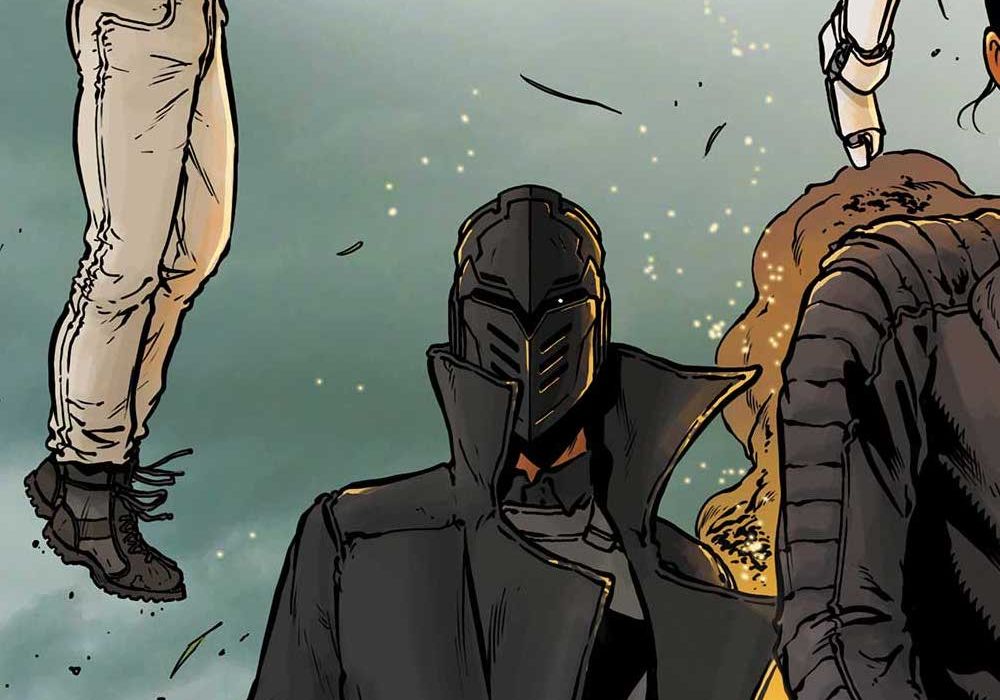 DC Comics sole remaining title in the new WildStorm Universe is coming to an end soon. We now have a better idea of writer Warren Ellis and artist Jon Davis-Hunt’s incarnation of the property than ever before. “The Wild Storm” is a daunting read for those unfamiliar with the cast members. Ellis quickly introduced warring factions of characters from an older comic book property modern readers would not be familiar with. Readers that have managed to stick with the title were rewarded with one of the most complicated science fiction comics published today. The different factions of characters at war with each other have been infiltrated by aliens, technology from other worlds and even superheroes. The bleak vision for “The Wild Storm” is perfectly realized through Jon Davis-Hunt’s imaginative and fluid pencils. Davis-Hunt and Ellis feel like they are both on the same page, depicting complicated character interactions and intense moments of violence. The end of “The Wild Storm” is here and the scripts and artwork committed to paying-off the slow-burn approach to the storytelling. 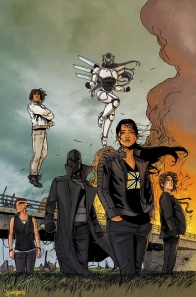 “The Sparks has the authority.” Jenny Mei Sparks has assembled a group of misfits and exiles, to stand against a corruption that covers the world and orbits above it. The problem? She’s probably too late. The endgame for a free Earth is in motion.

With so many groups of characters and supernatural beings squaring off against each other, it almost feels impossible for Ellis to tie-up all the plot threads of the series before ending “The Wild Storm.” The title has been gearing up two factions of characters for a huge war with the core superhero team caught in the middle. The Authority has finally been assembled in #22 as a force pitted against both IO and Skywatch. “The Wild Storm” #22 also has the benefit of pacing from the script and action perspectives. When Ellis began to introduce John Lynch and the Thunderbook segments of the story, Davis-Hunt’s subversive artwork achieved a whole new level of greatness. This installment allows for great fight sequences and character development in equal measures.

Getting more balanced installments of “The Wild Storm” have made the series an enjoyable read over the past few issues. Now that readers have a grip on each character and which team they are a part of, “The Wild Storm”’s impressive structure is thrilling to behold. This chapter, in particular, reintroduces readers to Authority superheroes and starts showing how Apollo and Midnighter are going to fit into the story. Ellis has been very careful to slowly introduce each member of the series. The script finally teases how Midnighter and Apollo fit into the overall tapestry of “The Wild Storm.” Over the past few issues, the duo of characters pushed to the background. Right now with literal flying saucers, aliens and superheroes relegated to a slim page count, it is still difficult to figure out how each piece of the story will interconnect. Ellis is juggling a huge amount of cast members and still has a lot pay-off left to go before wrapping up the title. This chapter finally shows off the supernatural ability of every character making up the roster of The Authority. The script allows for several cast members to join the battle for the first time showing off some of the powersets for the team members.

Davis-Hunt’s artwork in “The Wild Storm” is a fantastic showcase for his talents as a creator. Davis-Hunt’s characters portray a lot of emotion in the scenes where figures are grouped together in a more casual setting. The double-page spread early on in the issue is the artistic showcase featuring a standout moment of the issue. Davis-Hunt’s sci-fi rendition of a violent assassination is the latest breathtaking sequence in the boundary-pushing artwork of “The Wild Storm.” Davis-Hunt’s pencils are not the most focused or precise linework in the industry, but his eye for movement and characterization makes the artistic choices feel like an aesthetic decision rather than a shortcoming.

Now that we are almost at the end of “The Wild Storm,” the magic of the overall series is finally coming into play. With the series kicking off with a such a slow-burn, the title has the responsibility of ending really strong to truly give readers an effective payoff. Luckily, Ellis imbues the title and roster of characters with an impressive level of characterization and action. I hope future issues continue to escalate the conflict between the members and bring the figureheads of Bendix and Marlowe directly into battle. Now that the foundation for the comic book has been clearly established, I cannot wait until the final dominoes start to fall in “The Wild Storm.” It will be fascinating to see who is left standing for a potential sequel series. Artist Jon Davis-Hunt’s contributions to the series also cannot be overlooked. Hunt’s splash page and bombastic action sequences are as confident as his talking head moments. For my money, “The Wild Storm” is the best ongoing superhero series published at DC Comics and issue #22 serves as a great series showcase.