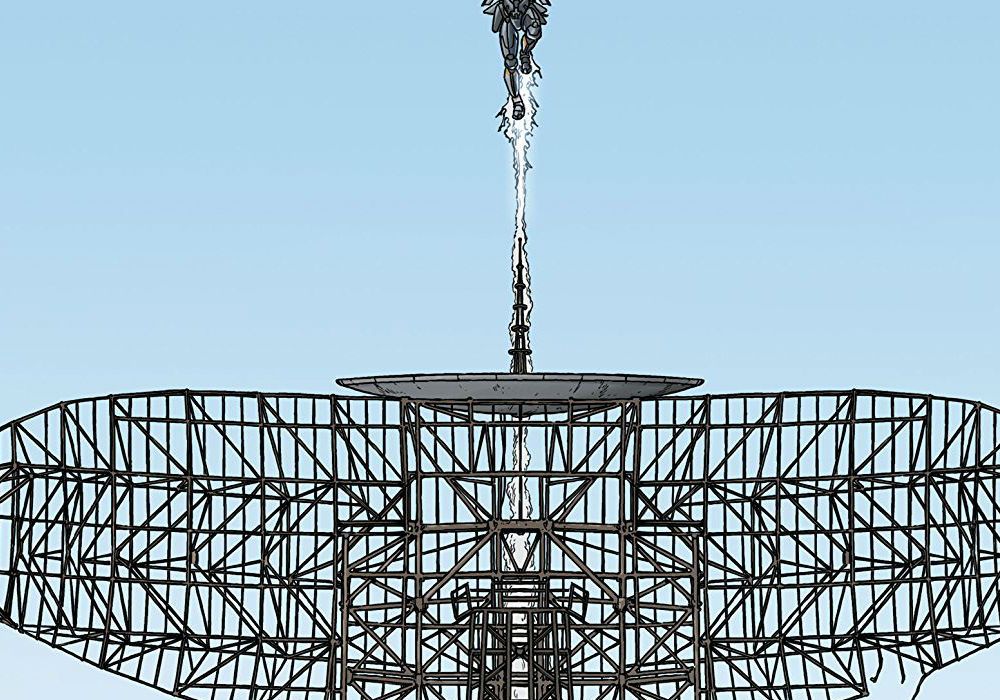 Angela Spica is out in the wild, and it’s bringing everything down around her. Let’s take a look and see how bad things will get… 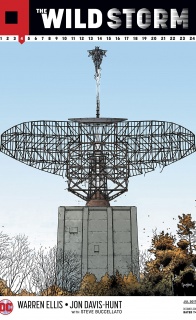 There’s a covert action team out in the wild, and I.O. has proof of it for the first time. This changes everything. The woman who tipped the first domino in this cascade of secrets and lies is on the run. And the other great power of the hidden world is on the scene. Henry Bendix is noticing things from on high, and that doesn’t bode well for I.O., Angela Spica or the planet. The storm is building.

If there is one thing that can be said about “The Wild Storm” is that it’s sure in no rush. Angela Spica’s act of saving someone’s life is causing all sorts of ruptures among the political powers that truly run the world. And the book is doing it’s absolute best to not bring that boiling point around any time soon. But that’s perfectly fine. What some people will no doubt scoff off as a “boring, talky issue” is instead a book deeply focused on its world and the people that inhabit it.

Guess I should give a bit of disclosure: I’m not exactly the biggest fount of Wildstorm Universe knowledge. My total reading experience on comics that were part of the brand was the twelve-issue Warren Ellis/Bryan Hitch “Authority” run, so forgive me if I miss a mythology nod or easter egg and such. That being said, Ellis, Davis-Hunt, Buccellato and Bowland have been doing a real good job of keeping this book open for the less ordained while also being a dense book. What helps it is that, unlike the hodge-podge that was Wildstorm’s “reboot” with the New 52, this one is a firm reboot.

In essence, this issue is checking in with a variety of people as Angela Spica once again gets away from the groups trying to bring her in. From Miles Craven at home with his husband, to Grifter and co.’s brief reprieve after the fight with Angie and the Razors, to Henry Bendix (oh, we’ll get to him), every side is dripping not only with interesting plot tidbits, but with personality. That all comes to Warren Ellis being really good with dialogue feeling natural. Characters like Grifter feel sarcastic with being glib. The conversation between feels properly casual for two who are intimately familiar with one another (and doesn’t rely on the two repeating each other ad nauseum, which is up there on my list of Cardinal Sins of Dialogue).

And then we come to Henry Bendix.

Henry Bendix, the Weatherman. Miles’s husband described him as the “staggeringly creepy white man who kept looking at me like he wanted to watch me hang from a tree that was also on fire” and does that ever show here. We have him in a conversation with his assistant, Ms. Pennington, and it really goes to show that he is an awful person. Nearly every bit of dialogue is contempt for people around him and humanity as a whole. There is some mix of humor in it (like his rambling about the worst thing about being on Earth is “everything farting” all the time. I’m not kidding with that one) but the seething anger and arrogance would come off as cartoonish if you didn’t look at the majority of bitter old white men with some power here in the real world.

It may come off as a bit hyperbole, but this book is going to make Jon Davis-Hunt and Steve Buccellato into superstars. I never got around to reading “Clean Room” so this book was the first time I was exposed to the pair and they are only getting better. Comic fans/critics can overuse the phrase “cinematic” when describing panel pacing (even as I type that word I twitch a little) but that is a good way to describe the page layouts without the trait coming off as obnoxious. A small scene that shows this is a three panel overview of Angie in Engineer mode flying, the “camera” moving across the design before the fourth, larger panel showing her flying over a sunset-lit sea (rendered in a wonderfully tranquil mood by Buccellato). And while I did say a good majority of this issue is focused on character-building conversations, Davis-Hunt and Buccellato get to have some fun action with Grifter vs the Razors in the beginning and show off Cole Cash’s brutal efficiency.

Davis-Hunt’s cover is one of simple elegance, with the Engineer taking off into the wild blue yonder complete with the radar tower that complements the more compact Engineer look we have in this new universe. It adds to the grounded science-fiction elements of the world while also bringing a subtle statement that the series is only beginning, that there are larger things at play just under the unique surface.

“The Wild Storm” feels like a book that needs to be read in collections. Every issue has a density, even this one that felt a little lighter than the previous three. If this series truly is going to twenty-four issues, it’s going to make a handsome omnibus one day. A book that demands your attention but does it steadily, subtly and wants to build the world on its own time. Ellis’s great dialogue manages to make all conversations interesting and Daivs-Hunt and Buccellato manage that balance of fantastical and grounded with a deft touch.

Final Verdict: 8.0- “The Wild Storm” is taking its sweet time and there’s nothing wrong with that.