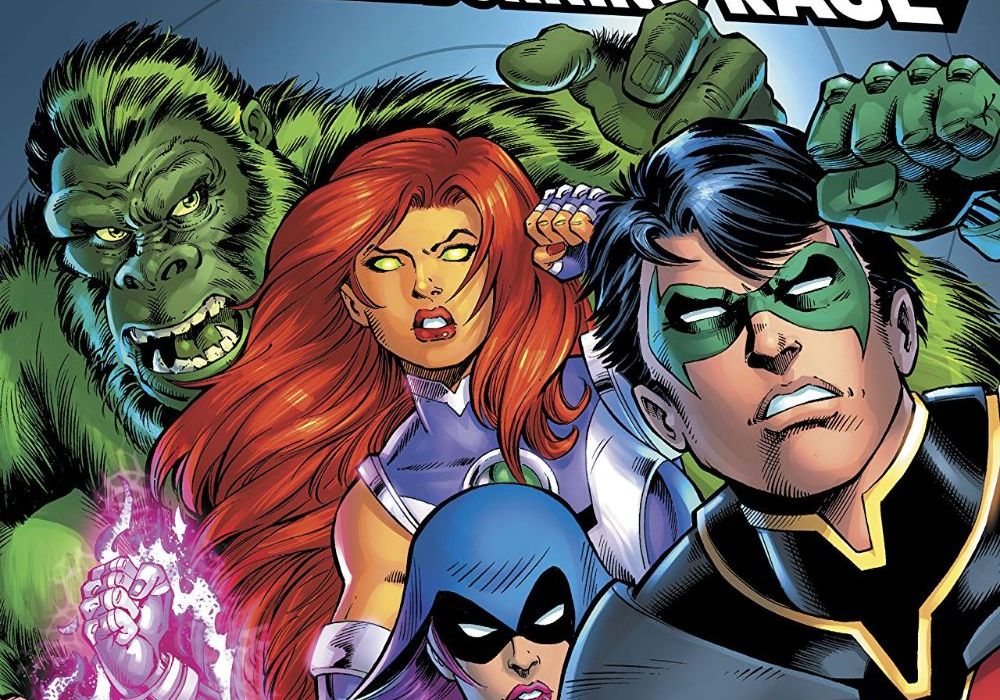 If I could sum up “Titans: Burning Rage” #1 in one word it would be: generic. It’s so generic that it almost reads like a parody of a different comic that was created to make fun of how generic comic books can be. 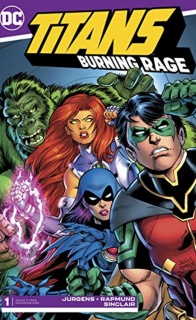 Available to comics shops for the first time! Hawk and Dove lead ordinary citizens in an uprising against the rich—but former Doom Patrol member Mento is pulling their strings! It’s up to the Titans to uncover his sinister purpose before someone gets killed! These stories were originally published in TITANS GIANT #1 and 2.

Instead of presenting the reader with the potentially interesting story written in the solicit text, “Titans: Burning Rage” #1 follows the standard template of ‘bad guy steals something to help him/her take over the world and good guys swoop in to stop him.’ so closely that the most basic Saturday morning cartoon plot is rolling its eyes at how generic this comic is.

Now, there are thousands of reasons why this little mix up could have happened, but we’re not here to speculate on what may have been going on behind the scenes when “Titans: Burning Rage” #1 was being put together, we’re here to review the comic itself and judge it on its own merits.

So how does “Titans: Burning Rage” #1 stack up as a comic book?

The story has the Titans fighting a villain called ‘The Disruptor’, a man who has the power to…disrupt anything. While the villain has a fairly decent powerset and is able to give the Titans a good fight, he has little to no backstory, no motivation outside of a need to gain power for the sake of power, and the blandest costume design ever created.

On top of that, there is an excessive amount of narration on each page and the idea that the author thought it was necessary to describe every thought and action the characters are going through and not letting the art speak for itself is frustrating and is something that comics have been trying to grow out of since the 1980s. It’s a little bit disappointing because this story is written by Dan Jurgens, who is one of the more accomplished comic book writers working today and is definitely capable of writing better stories than this.

With all of that out of the way, the comic isn’t entirely bad. If I’m upset at “Titans: Burning Rage” #1 it’s only because I’ve been reading comic books for a long time and I can recognize the clichés and tropes of a superhero story with my eyes closed. The fact of the matter is that this comic is actually a reprint of a couple of the ‘Titans Giant’ stories that were originally distributed through Wal-Mart and were aimed at a much younger audience. This isn’t a story for experienced comic book readers, it’s a story for little kids who are just learning about superheroes and it is intentionally inoffensive in order to convince their parents to buy it for them.

Once you adjust your frame of reference, “Titans: Burning Rage” #1 starts to make sense and has a certain charm to it. The story has a pleasant, retro feel to it and Jurgens makes up for the lack of any deeper meaning or emotional complexity with good action and an easy to follow pacing, along with a keen understanding of each of the Titans as characters. The interactions between each of the Titans is spot on, and it’s a good introduction to the Titans as a group and could easily serve as a gateway to some of their better stories.

Funnily enough, while the quality of the writing leaves something to be desired and offers plenty of things to talk about, the artwork is so good that it has the complete opposite effect and is so good that it doesn’t provide a whole lot of material to discuss. Artists Scot Eaton and Wayne Faucher deliver line work and inks that give the comic clear and dynamic action that is easy to follow and thoroughly enjoyable while Jim Charalampiois makes each panel pop with brilliant and vibrant colors. The facial features are just as bright and as big as the action. It’s a very well-drawn comic and I hope that the art, like the writing, serves as a gateway to younger readers checking out other books by the artists who helped bring this book to life.

At the end of the day, “Titans: Burning Rage” #1 is a safe, non-threatening, boilerplate comic book story that takes no risks and doesn’t try anything new or interesting. While it is commendable that DC is trying to lure younger readers to heroes like the Titans by having top-notch talent hammer out these standard basic stories, it’s disappointing to think about what could have been.

“Titans: Burning Rage” #1 is a comic that needs to be out there, but could have been so much better.

Final Verdict: 6.2 – A safe, inoffensive comic with great art and is perfect for small children, or anyone who has never read a superhero story in their life. Other than that? Skip it.