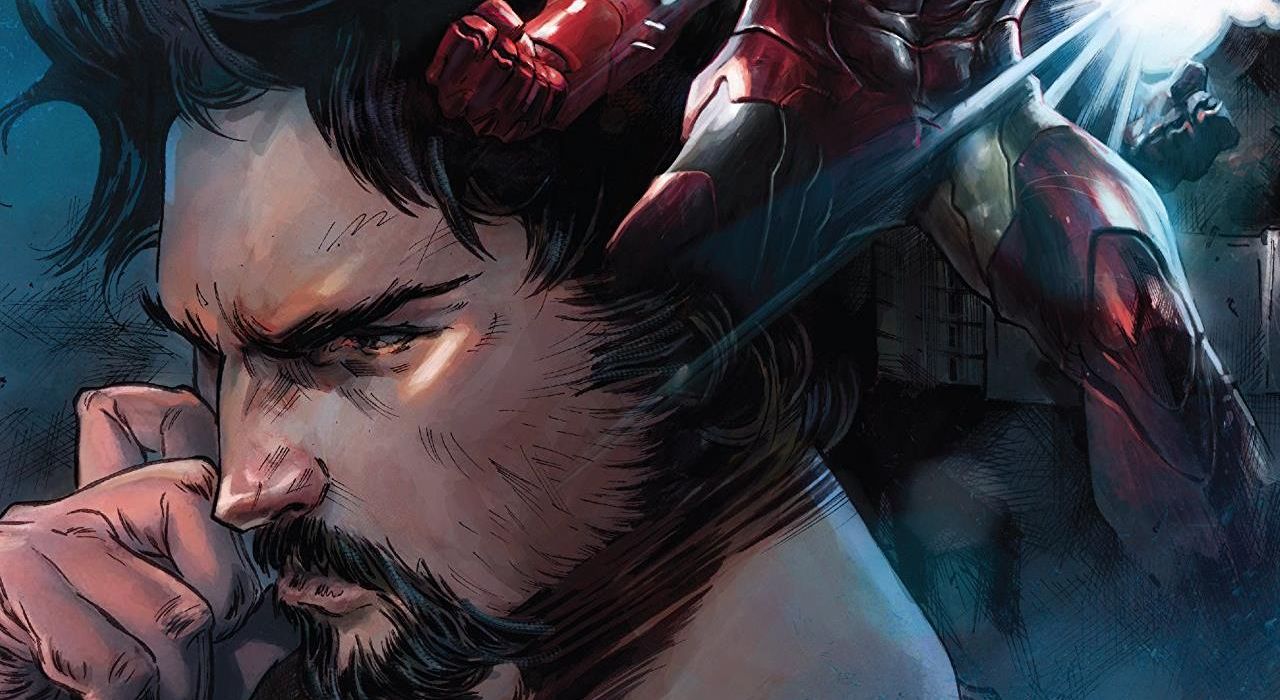 There have been a lot of good Iron Man stories over the years but very few writers have been able to capture the essence of the character. That’s a shame because if billions of dollars in movie tickets are any indication, folks really like Iron Man. Enter Dan Slott. He’s been writing “Spider-Man” for a decade and he’s managed to fit in a wonderful “Silver Surfer” series, but now he’s heading up a new Tony Stark ongoing. If this first issue is any indication, this is going to be the best Iron Man run in years. 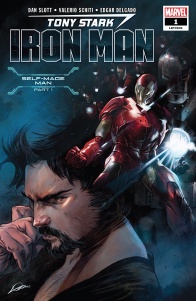 TAKE FLIGHT WITH DAN SLOTT & VALERIO SCHITI! From the cusp of tomorrow’s dreams to the forefront of imagination, one man always soars on the cutting edge of adventure! You know his name. Tony Stark is Iron Man. And Iron Man…is an idea. Always changing. Always evolving. An idea without limit! Take wing with DAN SLOTT (AMAZING SPIDER-MAN) and VALERIO SCHITI (GUARDIANS OF THE GALAXY) as they propel the ultimate Self-Made Hero to new heights of inventiveness! Tony Stark is Iron Man. The future is now. Strap in!

A lot of writers try to do something different with Iron Man. Kieron Gillen sent him into space and had him battle elves. Brian Michael Bendis killed him. In this issue, Slott does everything you need to do in a superhero #1, with just enough Iron Man flavor to make it work. All of it sings, from the character work, to the table setting, to the oversized supervillain slugfest. It’s all a delight, and there’s not a dull moment.

We begin with our introduction to our point of view character, Andy Bhang. He was a childhood rival of Tony, but he’s recruited to work for his company in the new headquarters just off of Washington Square Park. The Tony and Bhang stuff is bouncy; Tony is witty and Bhang is in awe. We also meet a few members of the supporting cast, spymaster Bethany Cabe and artificially intelligent Jocasta. I can’t claim I care for either of these characters all too much, but they each bring an important dynamic to the tone of the book.

Then we get to the heroics. This issue features a one-off villain in Fin Fang Foom, but the action is more than simply perfunctory. It’s a real setpiece, in which Tony, Bhang, Rhodey, Jocasta, and Cabe all need to be on top of their game to solve problems. By the end of the fight, Tony has used three different suits of armor. I was promised fun new specialty armors, and I shrugged. That’s because my imagination was limited. At least two of the suits were amazing surprises and had me cackling with mad glee.

Finally, we slow things down and get to the mission statement of the book. Tony is going to be running a company and a superhero enterprise, there will be bad guys to overcome and puzzles to solve, and spending time with the team will continue to make you smile. That’s it. There’s no clever twist about his secret family (at least not yet), just a fun time with one of the most recognizable superheroes. When a relatively underused Iron Man villain shows up in the epilogue, I was already completely on board.

Tony’s tower is the story’s home base, and it is like Willy Wonka’s factory but robots. There were a number of little twists where something that seemed pretty cool ended up being totally rad. Those twists were all great, and I did not see most of them coming- I didn’t even think to look. Slott keeps you on your toes, a mirror for the way Tony is constantly surprising everyone around him. It’s perfect.

Valerio Schiti does art for the book, and he is very well matched. His cartoony style reminds me of Humberto Ramos, or one of the many other artists that Slott worked with on “Spider-Man.” The lack of realism is a good thing, and contributes to the gee-whiz feeling of the issue. It doesn’t steal the show, and sometimes the physics of a scene is a little bit hard to follow. Plus faces are mostly made distinct through broad features like hair color or mustaches. Schiti does not detract for the quality of the book in any way- he compliments it. After reading a lot of underwritten comics drawn by amazing talents, this issue felt like a nice change of pace. The artist is working hard to keep up with the pace of amazing ideas from the writer.

Just coming off of such a huge run, it’s hard to predict the future. This may be the beginning of a one-year arc, or a ten-year epic. That’s not what we’re here to assess. The question is whether or not “Iron Man” #1 is good. It is. It is great. This issue captures everything that makes Tony Stark such a box office sensation, but it does so without an effects budget. After taking him for granted for so many years, I finally remember why I’m supposed to care about Tony Stark.

Final Verdict: 8.8 – What if Willy Wonka made robots instead of chocolate? It would look something like this delightful first issue.