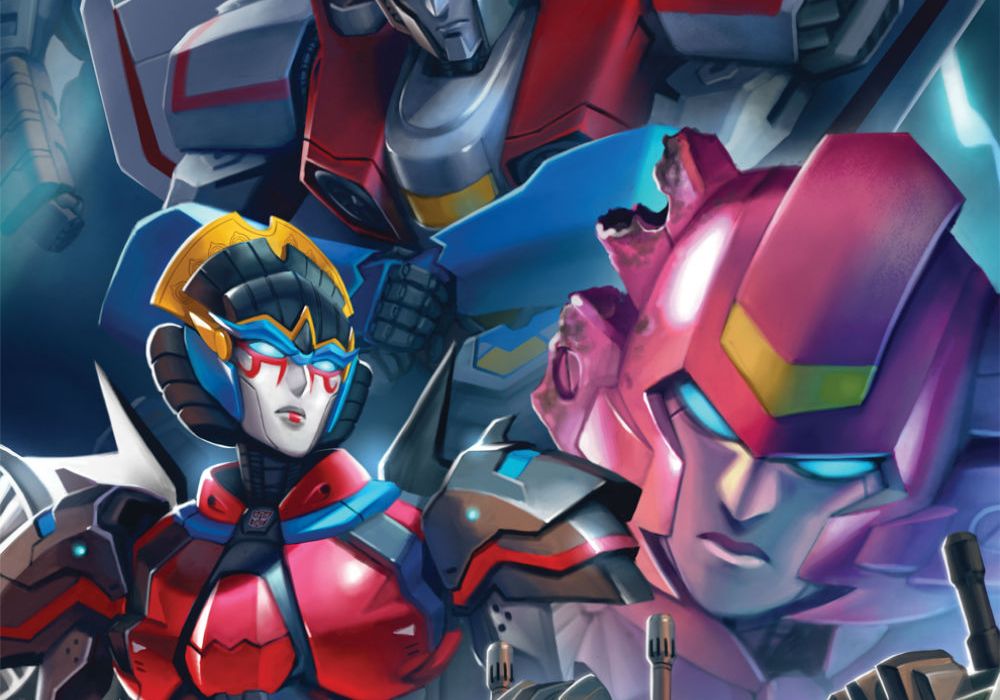 When the title is at its peak, “Transformers: Till Are One” is a complex political minefield with an engaging cast of characters and background players. Will this final entry into the ongoing title be able to draw the comic to a close within the span of a single issue? To be fair, this annual closing out the book is an intense, 50+ pages with the original series creative team that looks incredibly promising.

Windblade is now at a crossroads following the discovery of some incredibly sensitive information, how will Cybertron ruler and villain Starscream react to his secrets spilling out into the open? How long before Starscream attempts to assassinate the Council of Worlds yet again? 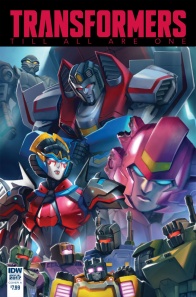 Elita One, Windblade, and Starscream fight to gain ultimate control of Cybertron! Dark secrets will be revealed in this series finale!

After sticking the franchise in the middle of a war for decades, Transformers comics publisher IDW Entertainment put an end to the war and moved forward. The Transformers titles aren’t simple books with black-and-white morals anymore but complex, progressive stories. Getting a story similar to “Game of Thrones” or “Star Wars” wrapped up in a hard sci-fi angle is an allure which simply cannot be denied and when executed well can transcend the medium and subject matter, taking on a life of their own–such is the case with “Transformers: Till All Are One Annual” #2 which is a lovely installment bringing the entire franchise to the next big status quo change that will affect all of the books in the line going forward.

The series continues the hallmark deadly cat-and-mouse game between Starscream and Windblade in this new issue with Windblade only getting slightly ahead of Starscream at first but having a wonderfully tense snowball effect. The duo fights in a couple of different contexts and serves the political battle in a tense, dangerous manner serving to liven up the rest of the series. Past issues of the title have fallen prey to slow pacing problems but this issue conquers a surprising amount of plot during the annual. Readers also get some massive payoff from characters seeded from the core Transformers title pre-dating this comic book. Getting the next big character beat from Starscream which will define who he is going forward was another huge step forward the Transformers line. The publisher has done a great job getting deep into Starscream’s head showing the character’s massive shortcomings.

As alluded too before, this issue’s strongest asset is the high rate of payoff for following the different characters over a set number of years. However, the political intrigue and voting process is really thrilling to observe. This is a storyline which could have been fleshed out further and shown over the span of an arc that could have potentially had an even stronger payoff, but the economy in the script from writer Mairghread Scott cannot be overstated or even overlooked. So much in this issue gets done and feels incredibly important across the entire line of books being published right now for the franchise as a whole. This is also one of, if not the strongest script I have ever seen in the full run of “Transformers: Till All Are One” which has naturally felt like it has been building to this particular installment since the debut.

Sara Pitre-Durocher’s more casual, cartoonish art style fits the book well but can come off slightly too light at times given the subject matter of the comic. It is not difficult to discern each robot from another in the story and each Transformer is filled with a large expression in almost every panel. However, sometimes the anime-influenced art can seem exaggerated and clash with the tone which is likely not a problem every reader of this comic has had but an aspect of the comic that can bother me at times. Despite a more exaggerated art direction, Pitre-Durocher’s figures and backgrounds depict a dull, lifeless feeling at times making the story seem less interesting than it actually is. However, the artistic contributions lent to this title still carry a strong proficiency and production value thanks in part to the colors by Joana Lafuente.

I never expected “Transformers: Till All Are One” to have such a huge, climactic finish. Looking back on the series, I wish each issue was this bold and economically paced. I can’t wait to see what’s next for Windblade and the Transformers Universe as a whole. Even though the series has drawn to a close there’s still plenty of stories left to tell on Cybertron with Windblade–the cancellation of “Transformers: Till All Are One” feels more clinical than anything else as there will likely be a Transformers title depicting the life and times of Cybertron after this book wraps up. If you have interest in the Transformers line this comic is definitely worth your time and attention and may not be a bad place to start reading the franchise.

Final Verdict: 8.9 – “Transformers: Till All Are One Annual” #2 finally strikes the perfect balance between the intrigue of a post-Starscream Cybertron and the politics of robots.