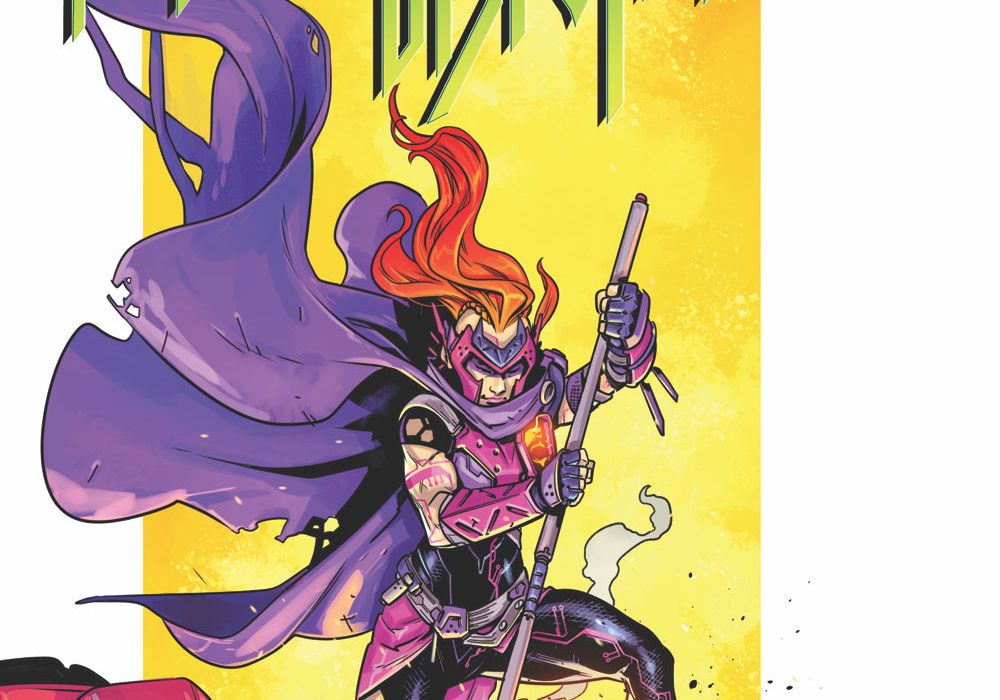 IDW Entertainment has been teaming countless franchises up with the Transformers over the past couple years. The toy franchise is filled with a diverse, shared continuity accounting for years of publishing across multiple Transformers stories. The Autobots and Decepticons already have a long shared Universe. Adding even more franchises to the mix has the potential to make the narrative muddled.

Some of these crossover stories have been stronger than others, but with one additional franchise teaming together with the Transformers this time around, I am curious to see what writer Magdalene Visaggio can bring to both the Transformers and Visionaries worlds. Fico Ossio is a tremendous artist, rounding out the team with a strong roster all around. This story has lots of potential but did “Transformers Vs. The Visionaries” #1 manage to tell an engrossing story? 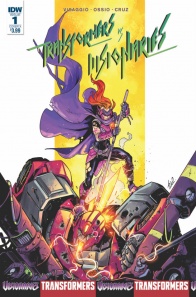 Cybertron has been invaded. The Transformers encounter unwelcome guests at the heart of Cybertron-and they may not have their hosts’ best interests at heart. Refugees from another world, the Visionaries’ startling magical abilities could make them powerful allies… or dangerous enemies.

“Transformers vs. The Visionaries” #1 might not be the sheer burst of energy that can acclimate readers to one franchise or the other, but this issue is a perfectly solid next step to Transformers’ ongoing shared universe. It breaks the series up with new characters and a vast display of tense, political intrigue. The robots of Cybertron have held the Visionaries captive after they attempted to take over the planet. The book centers around the two factions trying to come toward an agreement to coexist. Along the way, however, the tension hits a boiling point and violence ensues. A common theme I have found in the “Transformers” comics over the last couple of years is that robots feel emotions as complex as humans. This issue, in particular, takes advantage of this to capitalize on a tense, political thriller making for a very in-depth read.

This comic is dense, especially if you have limited exposure to either franchise. It took a second read for me to start picking up on everything I needed about the Visionaries, especially because they are also split into factions, much like the Transformers with the Autobots and Decepticons. Knowledge of the Hasbro Shared Universe is a definitive asset as this tale is full of references to the Council of Worlds and the finer aspects regarding the politics of Cybertron. I do believe investing in the franchises equally will give readers payoff in this particular story which serves to bring plot threads forward in an expedient manner. In just the course of one issue, Visaggio brings a welcome twist which will serve to add lots of conflict for the future of the comic.

“Transformers vs. The Visionaries” #1 isn’t a just a comic with a good script, either. Ossio’s typical vibrant storytelling delivers both dynamic fight scenes and tense talk of negotiations between the robots and humans. The scale Ossio brings to each faction is another high point of the narrative, as the all-powerful Transformers can look incredibly intimidating even when they are trying to be helpful. Ossio introduces varied page layouts to mix up the pace of the story. The Transformers all need an incredibly technical line and color scheme and the series’ creative team is more than up to tackle it. Each character requires a high amount of detail so readers don’t get confused which hero is which is present in this installment of the book.

The big takeaway so far from this installment is “Transformers vs The Visionaries” #1 isn’t an inconsequential mini-series, but a complex story set to push the Transformers franchise forward. Visaggio has a great handle on the on individual voices and characters and her script has a refined, steady pace that should merit quality for the future of the series. The biggest roadblock facing this entry is how restrictive the franchise can be if this is your first time digging into IDW’s shared world. When opening the first page of the comic you would be forgiven if it felt like this installment was too much to comprehend.

There is plenty of material that has transpired before the first page of this comic which is essential to the plot. It would have been helpful if IDW would have included a text piece in front of the plot telling me everything I needed to know about The Visionaries in addition to the set of panels at the beginning of the comic recapping what came before. Also, the text piece towards the back of the book explains the cliffhanger in detail instead of letting readers come to their own conclusions. The audience should be able to gather whether a cliffhanger is permanent or not by the foreshadowing present within the story.

Final Verdict: 7.9 – “Transformers vs The Visionaries” #1 is a solid next step into the Transformers world, filled with tense political intrigue.