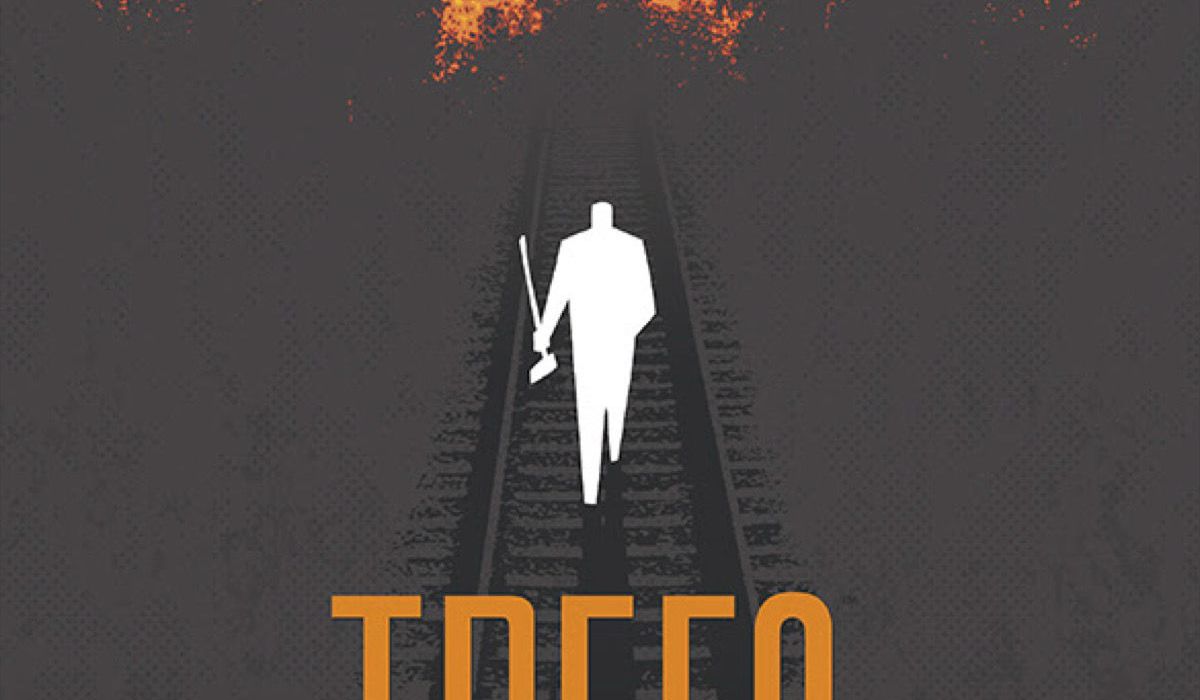 After a three year hiatus, “Trees” is finally back. Whether you’ve already read any of the previous issues or you’ve been patiently waiting until this very moment to get on board, you should probably know, “Trees: Three Fates” #1 is a different animal from any of its predecessors. 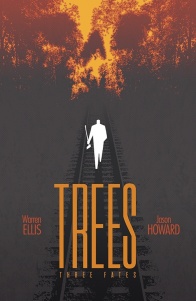 The acclaimed series from WARREN ELLIS and JASON HOWARD—which is currently being adapted for television—returns with a brand-new story of murder and ghosts! In the remote Russian village of Toska, there’s a dead body by the leg of the Tree that landed eleven years ago. Police sergeant Klara Voranova, still haunted by that day, has no idea how this murder will change everything—nor what awaits her in the Tree’s shadow.

When it comes to “Trees,” the story-behind-the-story is nearly as rich and complicated as the one of the page. The debut issue was published in May, 2014. Almost two and a half years later – after a six month gap between the release of issues #13 and #14 alone – the series was suspended.

Alarmingly, to say the least, during this simultaneously brief yet erratically protracted run, writer Warren Ellis experienced some rather significant health problems, leaving him unable to work, even as he recuperated. Ostensibly, once it finally dropped, the fourteenth issue concluded the book’s second arc, making it a natural, if somewhat unsatisfying place to put the series on hold.

Meanwhile, word on the street was that Ellis had already written at least another 3-5 issues and the property was about to be optioned by NBCUniversal as a television series. Somehow, “Trees” was about to take off, even as it was put in cold storage. As a result, since fall 2016, fans of the series have been in limbo, hoping that some of the book’s more enthralling open questions, unresolved story lines, and conspicuous loose ends would ultimately be addressed, whether in future comics or TV episodes.

So, here we are three years later with no word on the TV series, but a brand new chapter instead, one that Ellis says he wrote to be “Trees” #15, but that Image thinks will play better as new #1 in a 5-part miniseries. Either way, if you’re at all familiar with any of the previous chapters or even the book’s underlying premise, this chapter will likely feel substantially different from what you expected. In short, almost nothing here connects to the characters, settings, and plots of the story so far.

Gone are the interwoven, loosely connected storylines that feature a diverse and fascinating cast of characters in far flung locations like Sicily, Somalia, China, New York, and the barren hinterlands north of the Arctic Circle. Similarly, rather than a caustic and canny commentary on contemporary politics, art, ambition, science, and romantic love, Ellis gives us a murder, a mysterious outsider, and opaque, conspiratorial secrets.

Don’t get me wrong, purely judged on its own merits, within the narrow context of what it sets out to do, this is definitely a solid first issue. However, if you’re looking for even a modicum of continuity – either literal or implied – this issue ain’t gonna do it.

So far, the seemingly endless wait for the story to continue continues.

And it’s not merely the storyline, characters, and setting that are markedly different, either. Stylistically and even thematically, “Trees: Three Fates” #1 also feels unlike the whole of its predecessors. Whereas Ellis’s previous scripts in the series often had a somewhat contemplative, almost pensive quality – as though the characters’ fates were somehow already sealed – here there’s an edgier, more urgent sensibility. Perhaps, globally things are accelerating and less settled than they were before, but without the larger international context it’s impossible to tell. So far, all we know is whatever’s happening in this disconnected, remote corner of the world.

Visually, illustrator Jason Howard draws seamless, highly efficient, well paced sequences. His facial expressions, in particular, are simple, highly expressive, and decidedly unambiguous. Ignore the words for moment and simply look at the characters’ jaw lines. Pay attention to their body language and direction of their eye-lines and you can infer about 90% of their dialogue. Ironically, especially in the opening sequence, Howard’s pitch-perfect panels tend to make Ellis’s words seem a bit excessive. The action is crystal clear. What the characters actually say is almost beside the point.

Howard’s color palette, with help from Dee Cuniffe on flats, underscores and heightens the plot’s inherent tension throughout the book. Using a predominance of cool, earthy blues and greens, Howard unleashes yellow – and later blood red – to punctuate and accent the action, bringing things to a sudden crescendo, before quickly easing back into a series of steady, unwavering cool tones. Near the end of the book, the institutional green of the train and the railroad station also underscore the near-future, post-Soviet vibe. In that way, it almost feels like a locked room mystery, with the setting a largely forgotten, bureaucratic outpost that essentially only exists on forgotten maps.

In the end, despite the fact that this book was published under the “Trees” moniker, it bears little to no resemblance to the world Ellis and Howard first gave us. Throughout the first 14 issues, the various storylines could only be read against the backdrop of the book’s highly original narrative thread: Earth has been “invaded” by almost impossibly large monoliths called “trees” whose purpose is beyond mere human comprehension. There is intelligent life elsewhere in the universe. They’re so advanced, however, that human civilization is inconsequential to them, as though we don’t exist. Unfortunately, after the conclusion of “Trees: Three Fates” #1, it’s Ellis’s brilliant concept that feels beside the point.

Final Verdict: 7.0 As a series, “Trees: Three Fates” may eventually return to form. The debut issue, however, is vastly different from any of the other issues that led us to this point. Maybe Image is right and this is just some sort of one-off miniseries not really connected to anything else.