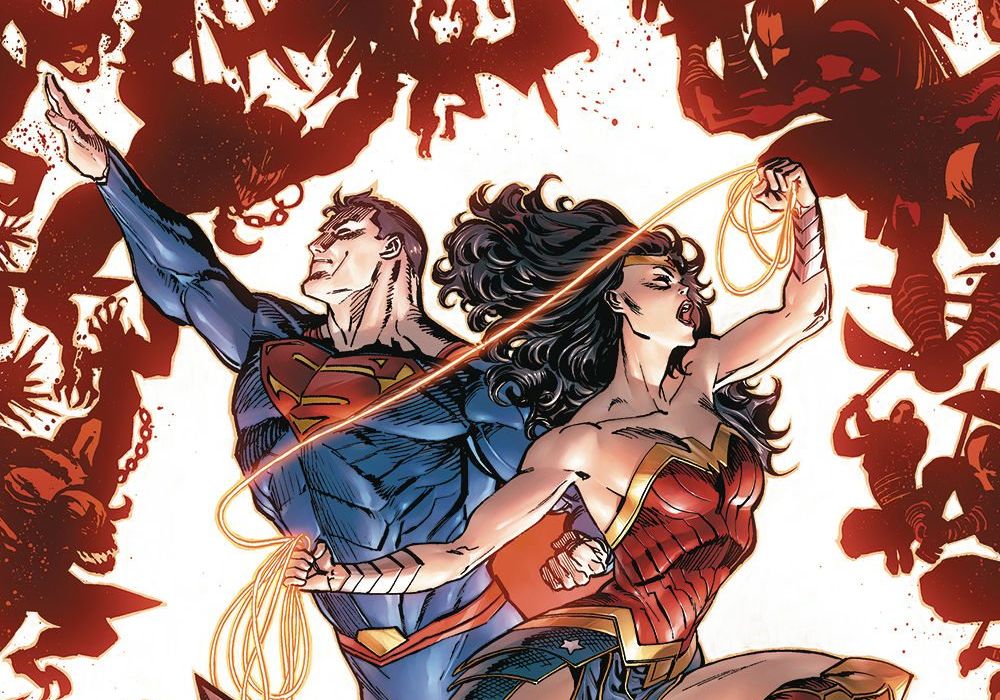 The ongoing “Trinity” series is at an odd place right now inside the DC Universe as the book doesn’t always have the clearest sense of focus with lots of one-and-done instalments or larger story arcs that have little to do with each other. The series often forgets to flesh out each member of the cast in favor of only showing off one hero. There are lots of reasons to be skeptical of a “Trinity Annual” but with a fifth week of the month and lots of other DC titles taking the week off, I crossed my fingers and hoped for the best with this issue.

This chapter of the book pairs a very interesting creative team of the series together with “Suicide Squad” writer Rob Williams and artist Guillem March who has only delivered on some Rebirth odds and ends. With this issue’s focus towards the supernatural, this storyline is definitely going to bring out something different in the series-but will it be any good? 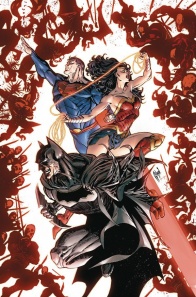 You don’t betray Ra’s al Ghul and legendary sorceress Circe and just walk away. That’s what Lex Luthor is about to learn the hard way. Now, he has to unite with his former Justice League teammates if he wants to stay alive. Meanwhile, the Trinity fear this ordeal will push Lex back to the dark side.

After reading this, I imagine many fans are going to hone in one concrete thought: March is an extraordinary talent that should be steering the ship on a major DC Rebirth series. Williams infuses this special story with a supernatural edge that gives March the chance to take the story to some of the strangest places of the DC Universe. The issue packs a mighty supernatural punch with a couple of mystical DCU guest stars bringing some of the action. Watching the “Trinity” trio to find out why this situation happened in the first place while attempting to save others is an interesting dilemma that stretches these heroes to their absolute limit.

March’s pencils bring a surprising energy to the story as a whole. Regular character interactions featuring the trio in plain clothes affairs has a certain energy because of all the dynamic figure work and intense facial expressions each character bears. When the issue comes together and March is properly unleashed, the layouts, action sequences and sense of scale that the antagonist brings is all fleshed out in a really unique manner. Sometimes comics don’t have the grandiose element that they should even when a hero is battling a massive enemy, this isn’t the case in this wild installment of the series.

While “Trinity” is a very loose title that sometimes loses or discards ongoing plot threads, this chapter could have been just a normal extra-sized chapter of the main story in how it focuses the plot of the series as a whole and shows what sort of head space the three leads are in as the series starts. This comic also sets up why and how this narrative came together. The entire comic is paced extremely well and shows how much mileage creators can get when publishers push the page count up just a little more. This comic could have been a two-issue but is condensed into one extra-sized installment brings the arc around nicely. Shifting the narrative around to some of the greater aspects of the title gives you the sense that “Trinity” as a whole still has a lot more ground to cover.

Williams brings an excellent tone to this issue balancing the story and adding in some other fun elements along the way. The story bridges the gap between the light and fun dinner scene that is contrasted with the some of the intense human drama towards the tail end of the issue. Even though this comic breezes by in a rapid clip, Williams adds a lot of lighter moments throughout the story and lands the dramatic conflict seeded for future chapters. The New 52 had a big focus on the darker aspects of the DCU and I hope this is just the beginning of story elements showing off the monsters, magicians and supernatural baddies of DC Rebirth.

Williams and March bring some interesting moments to the DC Universe in “Trinity Annual” #1. The duo set up an interesting main conflict for their heroes and show what’s next for some of the villains as well. Williams makes sure to flesh out side characters and even give the focus on what’s next for the title as well. There are genuine moments of humor and drama in this story that fits snuggly into the wider Rebirth line. This issue is great and tonally intact with Rebirth while showcasing some characters that readers have been itching to see more of.

Final Verdict: 8.4: Williams and March bring out the dark side of the DC Universe that you’ve been waiting for!