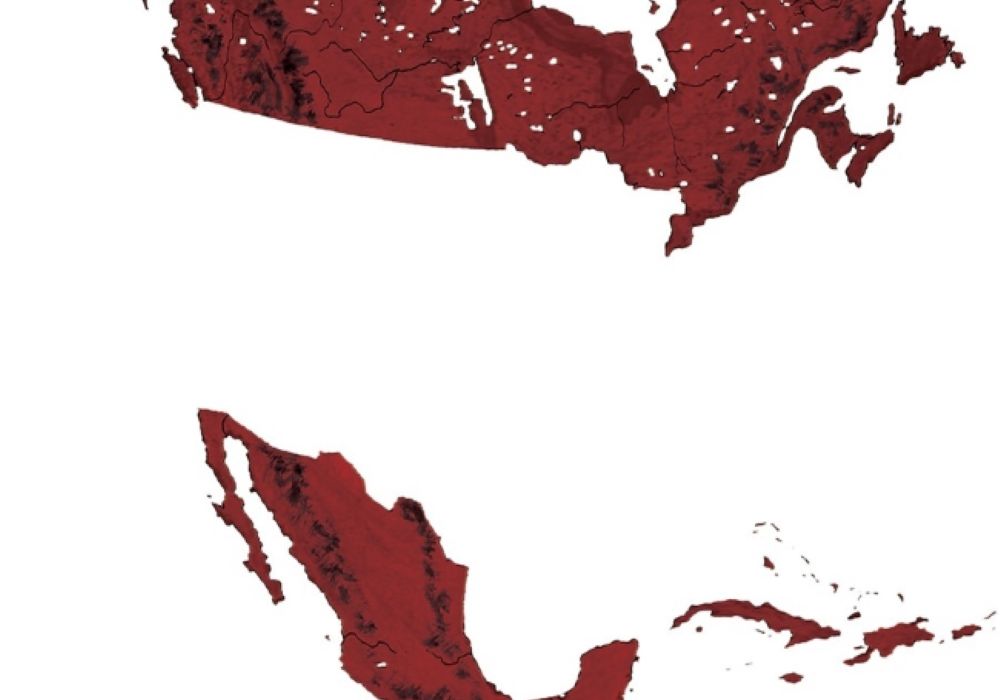 Scott Snyder and Charles Soule have both been household names at the big two publishers for a few years now, and have both crafted interesting corners in their own independent work at the same time. Now, coupled with Giuseppe Camuncoli, Daniele Orlandi, Matt Wilson and more, they’re crafting a timely what-if tale of an America closed up and gone wrong. On top of that, there’s an airborne virus involved! Let’s see what we can uncover in “Undiscovered Country” #1, and be aware that spoilers may follow. 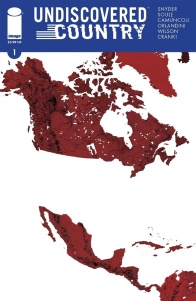 This November, New York Times bestselling writers SCOTT SNYDER (WYTCHES, A.D.: AFTER DEATH) and CHARLES SOULE (CURSE WORDS, the forthcoming novel Anyone) will team up with artists GIUSEPPE CAMUNCOLI (The Amazing Spider-Man, Darth Vader, Hellblazer) and DANIELE ORLANDINI (Darth Vader) and 2019 Eisner Award-winning colorist MATT WILSON (THE WICKED AND THE DIVINE, PAPER GIRLS) to embark on an epic adventure in the brand-new ongoing series, UNDISCOVERED COUNTRY! In this special oversized first issue, readers will journey into the near future, and an unknown nation that was once the United States of America—a land that’s become shrouded in mystery after walling itself off from the rest of the world without explanation over thirty years ago. When a team seeking a cure for a global pandemic breaches U.S. borders, they quickly find themselves in a struggle to survive this strange and deadly lost continent!

Snyder and Soule pace this book really well to the benefit of the plot twists that take place. Readers are thrown right into the mystery right alongside the cavalcade of characters being sent to the USA, and like us, they have practically no idea what lies beyond its closed-off borders. We’re drip-fed fun plot details about the rest of the world, like the Alliance Euro-Afrique in Athens where our most focal character Dr. Graves hails from, and the techno/utopia-esque city of Istanbul, which helps fuel our expectations of what might lie in the borders. We’re even shown a call allegedly coming from America, in which an ambassador claims to have the cure for the deadly airborne disease called Sky that is afflicting the rest of the world so that one might naturally assume America to have closed itself off to become even more socially and technologically advanced. What actually happens, however, is the rug being magnificently pulled out from under us to reveal a reality that is both shocking and completely unsurprising. Brief spoiler here, but Snyder and Soule give us a view of America by way of Mad Max and elements of steampunk and fantasy that make it feel familiar but wholly original.

We get a great cast of characters to cling onto in this debut issue too, giving us a sense that this series is going for grandeur and scale as well as high-concept. As I touched on before, the narrative focuses on primarily here on Dr. Graves from Athens. She gets a backstory as a medic who’s constantly trying to save people stricken by Sky who are close to being too-far gone, and this gives us a connection to her high-regard for human life. Plus, she’s got a morally-questionable bother also on the team which leads us to want to find out the history between them. We also get the enigmatic Pavel Bukowski, who acts as a noble figurehead for the team and funds their expedition to the USA, who also functions later as a way for Snyder and Soule to show their ruthlessness on this book. My only qualm is that considering this is issue one, we haven’t got a chance to fully dig into and connect to all these characters yet. Snyder and Soule have done a good job throwing worldbuilding and giving us some good bones for the protagonist Dr. Graves, yet everyone else at this stage is largely forgettable and doesn’t have a well-defined role yet.

Camuncoli does some serious heavy lifting on this book with his artwork, bringing to life this near-futuristic yet utterly fantastical world. The opening scene does a great job of combining these two aspects in a way that will capture unsure readers and gently drop them into the deep end. Camuncoli renders a helicopter, somewhat futuristic but still familiar, in an empty expanse of sea, crowded with people of all sorts of backgrounds and fashion senses. Immediately after, however, we get the captivating and alienating image of the American coastline armored with a giant metal wall packed with satellite dishes, gun turrets and splattered with American flag iconography. This sets a good precedent for the rest of the series, following up with rustic yet despairingly urban Athens, the eerily perfect Istanbul, before wowing us again later with the post-apocalyptic underground setting of the Silent Minority. Camuncoli has created a world that feels achingly familiar yet weird and beautiful in the best possible way.

There’s also some strong character work, both in the emotional and acting regards and in terms of design. In the scene that introduces Graves’ character, Camuncoli paints her as determined and fierce but also gives her quiet moments of hope and genuine empathy, especially as she reminds the dying Kristo that he’s not alone. Camuncoli does great work on Kristo, showing his descent from being sad to a glib resolve to his impending death in just a few panels. Even characters who wear masks, of which there are a lot, get great moments of body language: Pavel being introduced with a slight hunch and an umbrella paints him as a protective figure. As I said, the designs are super on point too. Graves’ scarf and tank top combo feel modern, practical and stylish, whilst her colored, streaked hair makes her feel even more relevant with a connection to the future. On the other side of the spectrum, The Destiny Man’s lieutenant is terrifying, wrapped up in cloths and cloaked in ammo and steel sunglasses like some kind of post-apocalyptic Mummy.

Matt Wilson’s colors give this comic a weird and wonderful otherworldly feel that makes this whole issue feel so distinct. The entire palette feels both faded and dusk-ish, yet somehow pops with candy-colored vibrancy. The scene in Athens gives Pavel’s introduction a mystic feel because of the raspberry-colored clouds that swirl around him as he appears, that continue to tangle and move around the entire scene afterward. Once we get to America, however, Wilson really strides. The sky has a sickly yet appealing bubblegum hue to it, speckled with stars and clouds, and the inhabitants below, be them mutated sharks, pythons, or dang-ol’ fish, all pop with saturated technicolor. Wilson gives the whole comic a fun tone but works at making the two drastic scenarios feel opposing and unique.

“Undiscovered Country” feels familiar in its high-reaching concept and shades of realism, however digging into the core of this comic reveals a lot of creativity and original ideas to take in. The characters have yet to fully blossom, but the worldbuilding is here, the stakes are real and the art is beautiful. If you’ve ever wanted to see Camuncoli draw one of the best, Fury Road-as-heck fleet of post-apocalyptic vehicles in recent memory, you need to get stuck into this beauty.

Final Score: 8.4 – A speculative, relevant and familiar ride that feels highly original and endlessly interesting, “Undiscovered Country” #1 is worth your time.