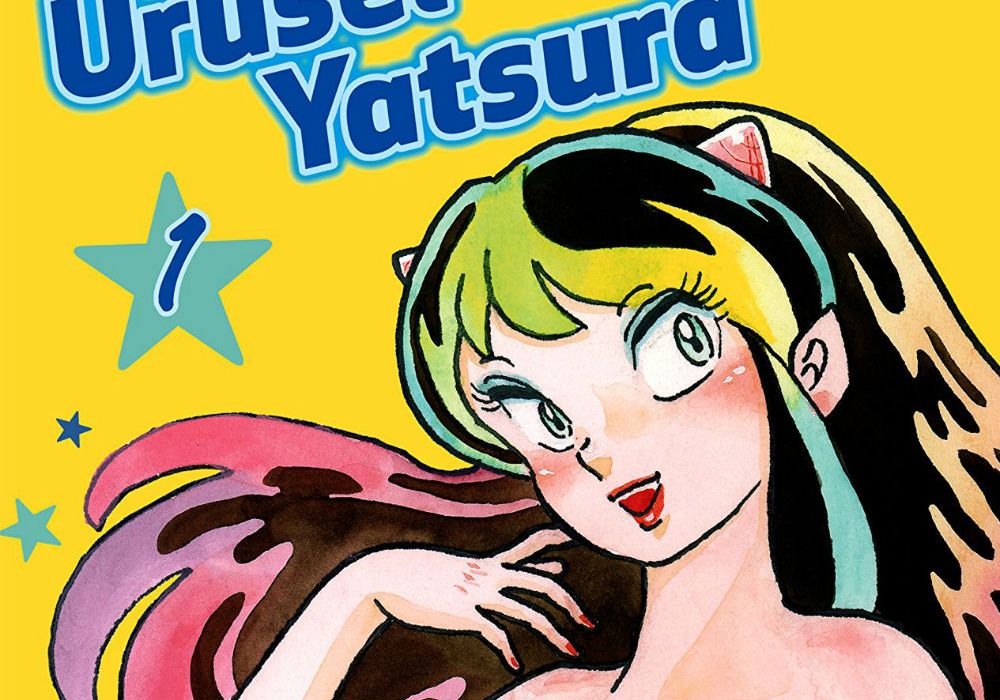 Previously published in English under the name “Lum” and “The Return of Lum,” Eisner Hall of Famer Rumiko Takahashi’s first work never quite gained the traction that her later series “Ranma ½” and “Inuyasha” would and was cancelled before ever seeing a full release. But now, 41 years after its debut, “Urusei Yatsura” is finally getting its due as well as a full release in English with these 2-in-1 editions. Let’s take a journey to the past, here in the present, and see what awaits. 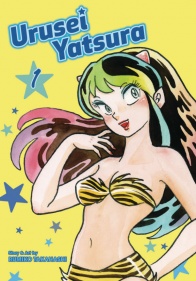 In a high-stakes game of tag, Ataru must touch Lum’s horns in ten days—or aliens will take over the earth! The fact that Lum can fly doesn’t make Ataru’s job any easier. As it turns out, the game of tag is only the beginning of Ataru’s troubles, as he continues to attract strange encounters with otherworldly beings like beautiful snow spirit Oyuki and the sexy crow goblin Princess Kurama!

The first thing to note about Urusei Yatsura is that you can tell this is Takahshi’s first work. Many of the staples of her stories — the will-they-won’t-they, the oblivious and/or somewhat obnoxious protagonists, the copious amounts of slapstick violence, puns puns puns, and the mundanity of the supernatural — are all present but not yet refined. Additionally, her art style, has yet to fully come into its own; chapter one in particular is reminiscent of Osamu Tezuka’s character designs. Everyone has soft, rounded features, even the Ogre, although the characters are significantly less gangly than Tezuka’s.

That said, never does it feel like Takahashi is aping another style, merely that she has yet to fully break free of the influences that surrounded the medium at the time. What sets her apart clearly, and why this series seems to have resonated so much, is her eye for comedic timing and facial expressions. Everything is pushed to an extreme while being played for laughs but never does it feel over-the-top or utterly ridiculous for the world she’s established, which is a tall order considering the subject matter: aliens who all resemble various japanese supernatural entities as attractive women. . .and also regular imps?

The imps are actually a great illustration of the irregularity of the early chapters. It is clear that Takahashi was trying to find the focus of the series and hadn’t yet settled on a consistent world. Each chapter feels deeply disjointed; highly episodic escapades are resolved by the end of each 40ish page chapter and when the next begins, it is as if the previous episode hadn’t even happened. Personalities, too, shift and morph throughout these early chapters. It isn’t really until chapter six that Ataru, Lum, and Shinobu’s personalities begin to solidify and the chapters begin to cohere to each other more.

It is also with the introduction of Rei in chapter six that Takahashi seems to find her footing as a storyteller. Her jokes land more consistently, her timing and utilization of panels gets sharper, and she begins to sustain a narrative across multiple chapters. It still remains episodic but there is a sense of a world being built now, with recurring characters and continuity and more natural transitions between chapters.

The clarity of her art should also not be understated. Save for a few moments of confusion, like the slap in panel one of page one, no matter how crowded a panel gets, she makes sure to draw your eye through to the action and to make the panel to panel transitions seamless, using the gutters to really sell the timing of the slapstick. This really is the main draw of “Urusei Yatsura.”

The stories are often pretty thin, the character development isn’t much at the moment, every character is obnoxious in their own ways, and the verbal jokes are either puns that don’t translate well, despite the fantastic effort by Nieh/are simply groan-worthy or are entirely reliant on the visuals. The exception to this are Ataru’s parents, whose constant fretting over their son’s inauspiciousness manifests more in their words than their deeds. But the slapstick brings enough laughs to cover that all. . . for the most part.

“Urusei Yatsura,” for all its positives, may not age well for every reader, namely in the portrayal of Ataru & his nameless male classmates’ lechery. This is the biggest hurdle to clear, as it is so central to the conflicts of this volume; what may have been side-splitting comedy back in 1978 now comes across as creepy on their parts. However, that very same creepiness is never dismissed within the narrative. It is always challenged and rarely goes unpunished as Ataru’s antics never ends well for him and rarely do we find ourselves sympathising with him, despite his positioning as the main character. The misfortunes that befall him, therefore, are a large source of the comedic slapstick and, oftentimes, are the most satisfying to laugh at.

The absurdity of the narrative and world, too, makes certain that these events feel like a natural exaggeration of everyone’s actions. I say all this not to dismiss the now difficult aspects of the work but to position them within its context and to offer a reading of how they function to shore up the comedy. It is not something that everyone can look past nor is it something that would be accepted in a brand new work and it will always be there as an obstacle for fully enjoying this work.

In spite of Takahashi’s always lively artwork and sharp eye for slapstick, “Urusei Yatsura” is not for everyone. Volume 1 does a brilliant job of introducing the absurdity of the world and the endearing obnoxiousness of its characters while being mired by the dated nature of its portrayal of Ataru’s lechery, its flimsy story, and its simplistic characterizations. Considering this work debuted over 40 years ago, the ways in which it has remained strong should be commended and fans of Takahashi’s works will enjoy seeing her journey as a storyteller, which has only begun in here.

Final Score: 6.8 – The “first” volume of Rumiko Takahashi’s first manga is filled with her trademark slapstick and romantic frustrations but may be too dated in its utilization of lechery for everyone to enjoy.