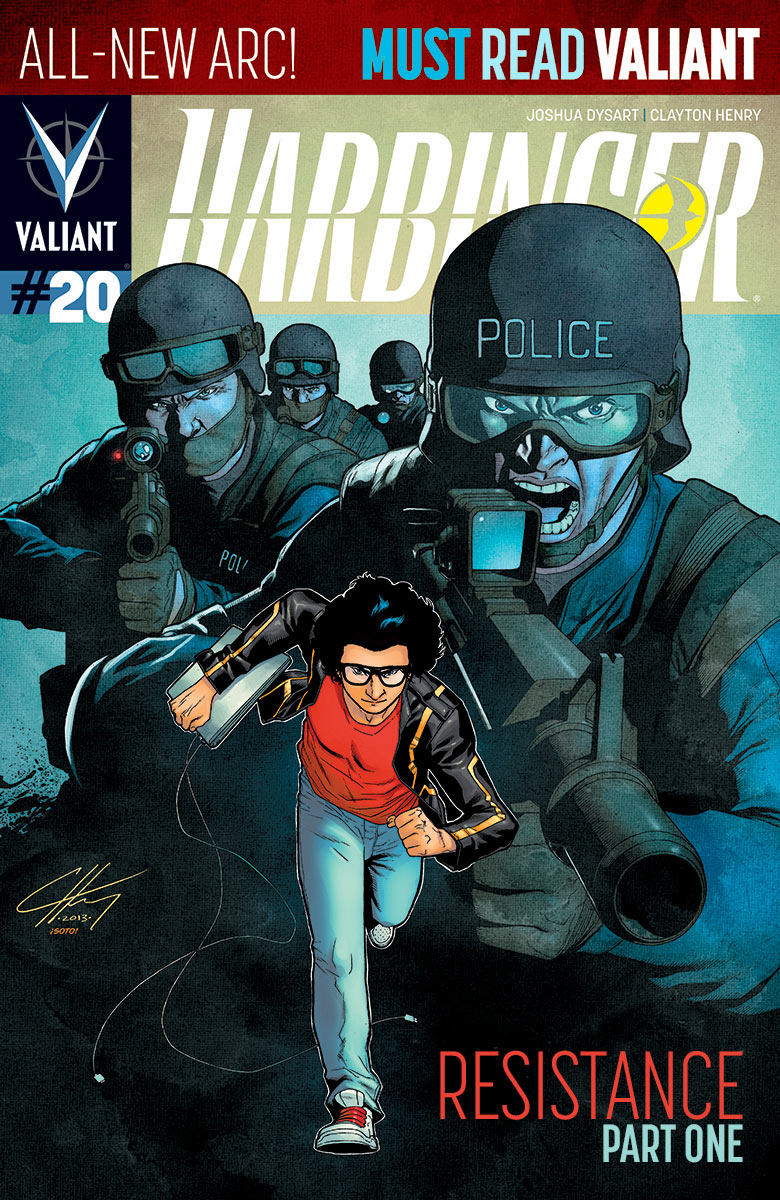 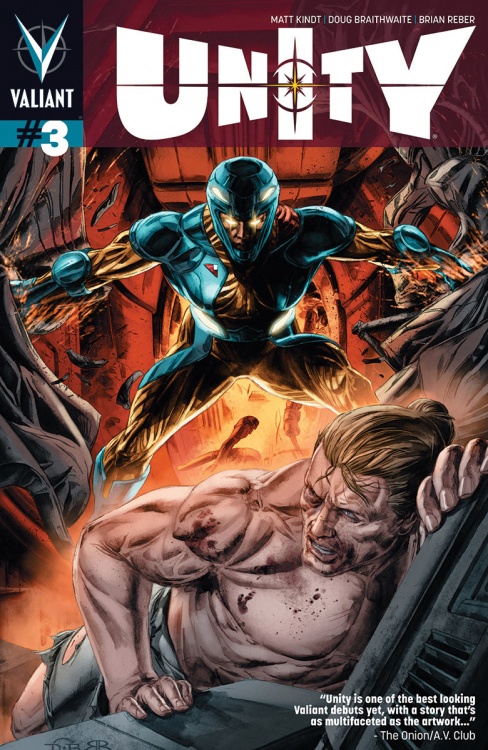 Unity’s first arc comes to an end in this issue, and it leaves things in a pretty interesting place. The armor stays with Toyo Harada, Livewire, Gilad and Ninjak have stayed a team, and their target is none other than the man who brought them together: Harada himself. It’s a pretty damn good idea, as he’s been the man who has been bringing much of the badness that permeates in the Valiant universe out, but the process it takes to get them there is a bit strange. Most of the issue is the team trying to escape out of the sunken Vine ship while not getting killed by Aric and the Visigoths, and while they manage to do so fairly easily, it also creates the impetus for everyone turning on Harada when Unity leaves the Visigoths to their doom at the bottom of the ocean.

It’s a clever ploy to get the relatively good Ninjak, Livewire and Gilad to turn on Harada, but at the same time, all three of them are fully aware of the rather horrible nature of Harada already. I mean, Livewire was involved with Harada during the killing of Peter Stanchek’s completely innocent burnout best friend Joe. Is this really so unexpected?

Besides that though, it’s all well done, with quality art from Braithwaite that fits the panicked, claustrophobic nature of much of the issue. However, after two very, very well done issues, this one was more of a so so variety. I am excited to see what this means for X-O Manowar and this book going forward, though, and in that regard it was a success.

Final Verdict: 7.5 – a solid, if unspectacular, finale to the opening arc 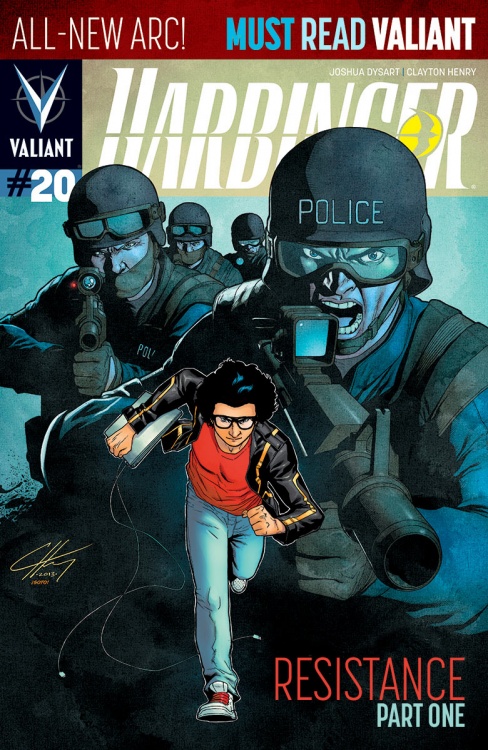 The funny thing about Harbinger as a title is its quality is often directly proportional to the quality of its art. It’s like Josh Dysart works to the quality of the artistic partner he has, matching the efforts as he moves along. Bringing Clayton Henry, maybe the finest artist currently working at Valiant, onto this book acts as a shot of adrenaline to the book’s heart, as we’re given a very dynamic, exciting issue that is the best issue of this book in maybe a year.

Once again, it helps that Henry is involved, as his clean lines and perfect storytelling draw us into the current events of Harada’s life as the Renegades target him in a new fashion through hacker Octavio Gonzalez. Octavio himself is a dynamic, exciting new character who immediately draws us in, and I really can’t wait to get to know him, but the only real bummer of this issue for me is “Where the hell is Monica Jim?” She doesn’t even appear in the slightest here.

No less, this arc is looking like a real knockout, and I’m really hoping Henry stays on this book for a while. With him on the book, it could quickly become the best book in Valiant’s ranks once again.

Final Verdict: 8.5 – this book is back in full swing 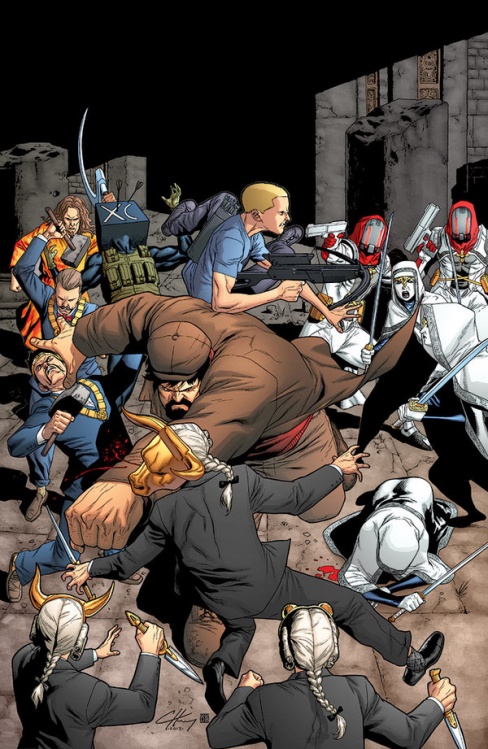 Speaking of art, Archer & Armstrong, long my favorite book at Valiant, has had a tougher time in the art department in the “Sect Civil War” arc. Evans is a talented artist, I will fully admit, but for me at least his work on this book has detracted from it. He’s a gifted artist, but in Archer & Armstrong, a book defined most often by character work and selling humor, many of Van Lente’s story beats and character moments just don’t have the same weight. And there is a lot to like here, as you have Archer going back to his old buddy Armstrong and saving his life, and Archer taking over the Dominion, and the revelation of his freaking MULLET (I mean, he’s Dark Archer)! But the art is all just a little plain, and it never really sells the moments that are supposed to really hit.

All in all, Sect Civil War really did change the status quo for this book quite a bit, and it’s naturally leading into the crossover with Bloodshot and H.A.R.D. Corps. With that, Pere Perez will be back, and he’s been one of the singularly best artistic voices on this book so he’ll be welcomed with open arms. That said, this arc, and this issue, ultimately were frustratingly one-dimensional, and have me glad to be getting past.