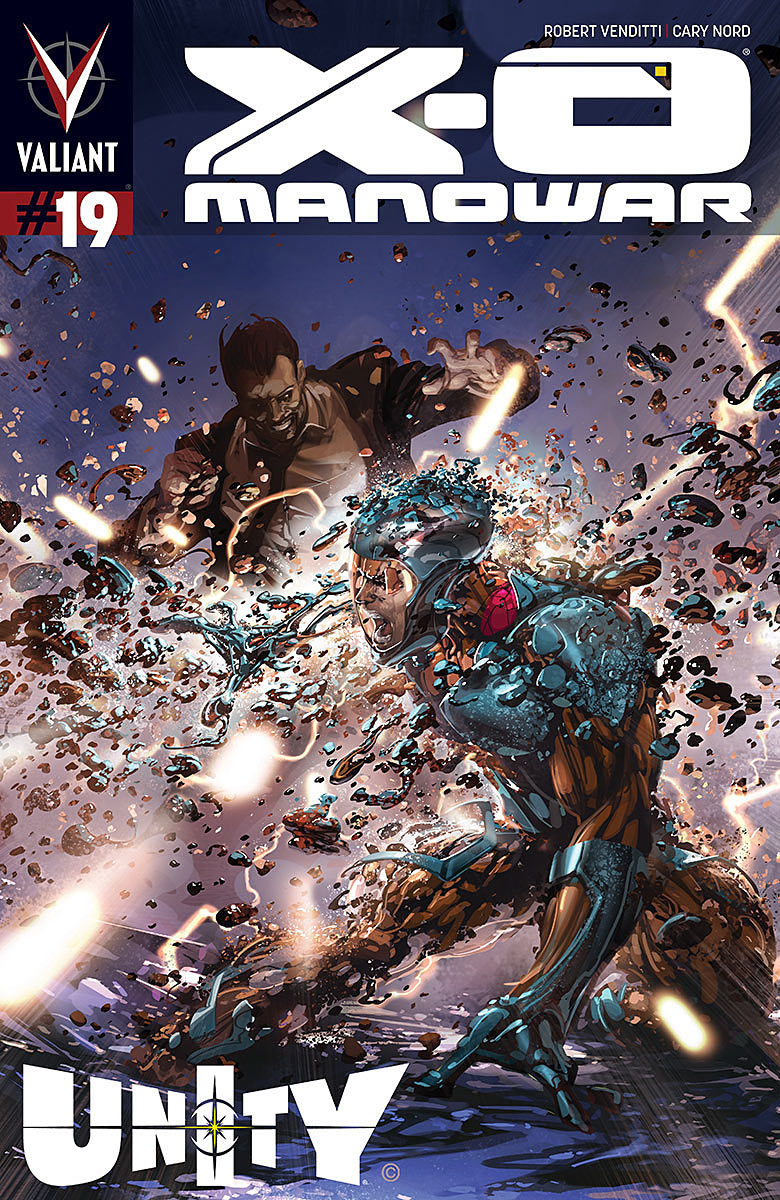 It’s a big week of Valiant releases, and this week, I’m flying solo and squaring off against three big books. Check out my thoughts below in micro reviews, and don’t forget to share your thoughts on each in the comments! 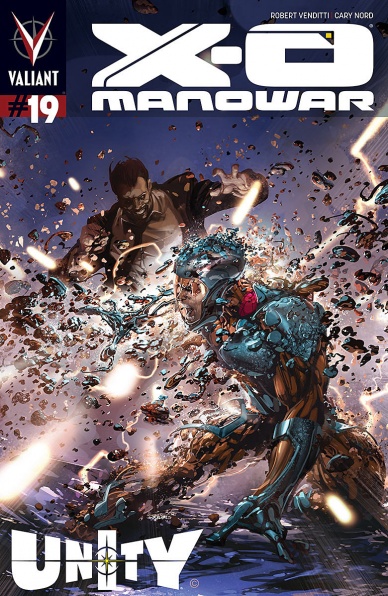 Let’s start with the art on this one, as it was a veritable bonanza for fans of comic art. While Clayton Crain is an artist I don’t traditionally love, his cover to this book is a perfect example of a book playing to the strengths of a creator. Then you have Nord on interiors, and holy crap, did this guy invent a new way to bring his work to life since we last saw him? I’ve never seen anyone do work like this before – maybe Ariel Olivetti, but never this well – and it is off the charts awesome. It helps that we’re given the Aric vs. Volo showdown that we’ve been looking forward to for some time, but this is a book that uses white space as its dearest friend and features some of the most brilliant, unique colors I’ve seen recently. With that aforementioned Volo/Aric showdown, Ninjak engaging the next level of his plan and Harada on his way, I’d say the only thing that brought this book down was the fact that the cover promised a Harada/Aric battle that we didn’t receive.

Small downgrade for a book that is firing on all cylinders. All hail X-O Manowar. 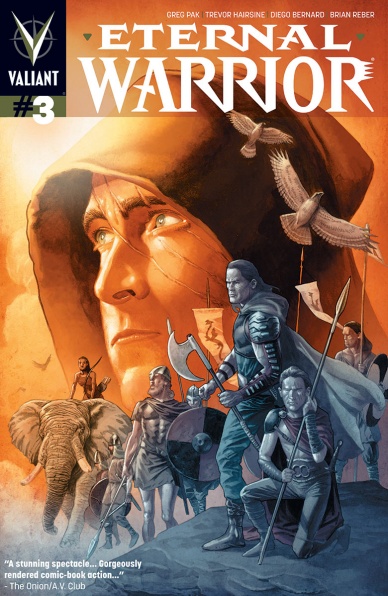 With the ascent of X-O Manowar, there is a bit of a void to be filled at the bottom of the charts for our Valiant (Re)visions Power Rankings, and so far Eternal Warrior is taking up that spot. This is a book in its opening arc that seems to be trying to find its footing, but has mostly come up lacking due to uninteresting characterization, weak character types (I really cannot stand Xaran, who so far Greg Pak hasn’t given us any reason to care for) and a mixed bag on art. Having two artists is often distracting, and in this issue, I didn’t find that Hairsine and Bernard worked together particularly well, especially when you factor in the coloring that felt completely different for each of them. I like the bigger world that Pak is building for Gilad, and the incorporation of a Geomancer (not the current one from Archer & Armstrong, which makes me wonder when this book is supposedly taking place) is a nice touch, but so far, not so good for this book.

If you’re looking for some quality Gilad action, so far you’d be better off reading Unity and previous issues of Archer & Armstrong.

Final Verdict: 5.0 – off to a rather inconspicuous start 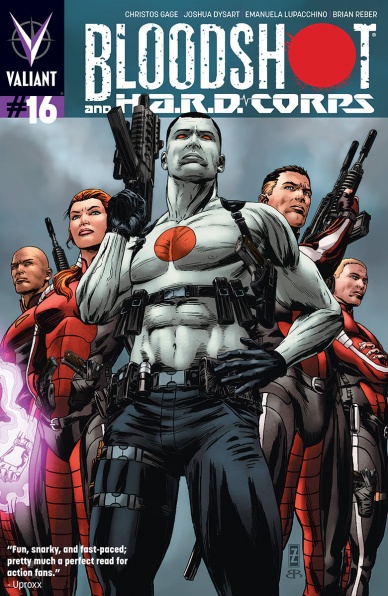 This issue finds Dysart and Gage figuring things out even more, as they rely on the things that we know work in this book: hard hitting action and Lupacchino’s art. Her clean lines and expressive characters make all of the character moments at the beginning work all the better, while her energetic choreography and storytelling of the action sequences at the end make them jump up a level (case in point: anything featuring Bloodshot using bee stings). Dysart and Gage have the team going after Harada and Bloodshot’s nanites once again, and this time, they have an old friend of Bloody waiting, and it’s leading into what promises to be a pretty damn exciting arc finale. The new recruits are still a little one-dimensional – we aren’t really given character development so much as told facts in lieu of that – but they serve their roles well, and if they rotate these characters through a la Suicide Squad, I can’t imagine I’ll have a problem with that.

As long as those guns keep blazing.