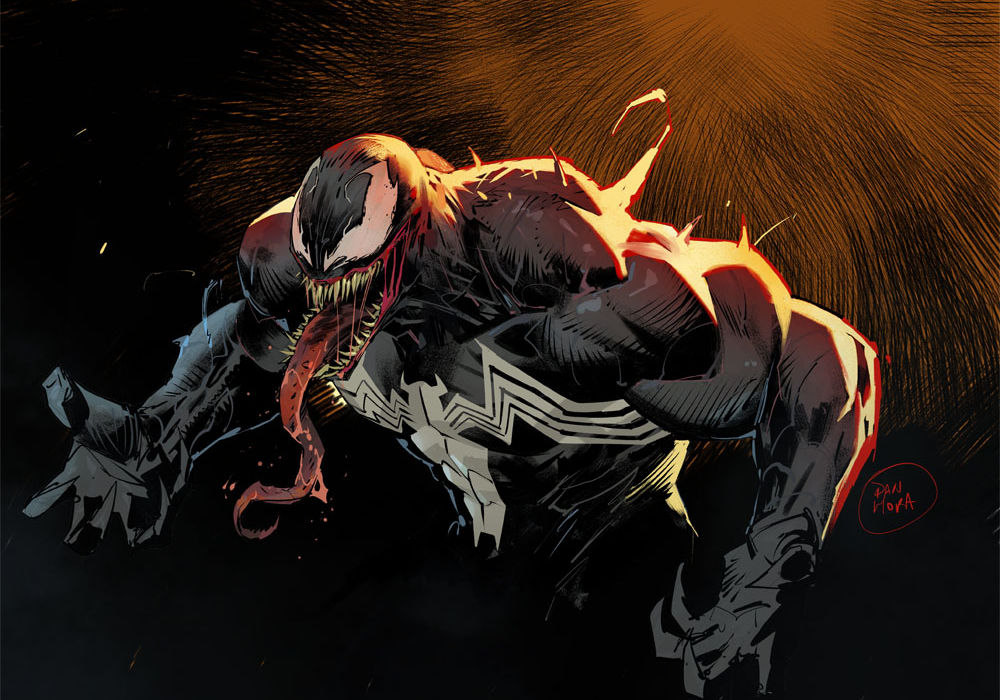 I never liked Venom all that much. While I thought the idea of an alien symbiote bonding to a human was interesting, I always found him too one dimensional and more interested in being a t-shirt salesman than a good character.

However, even I have to admit that the recent take on Venom has been fun to watch. Seeing great talent like Donny Cates give Venom a dark and terrifying mythology and forcing Eddie Brock to cope with a new reality has been fascinating and scary at the same time.

Now, Marvel is looking to keep the momentum going and develop the character further. Let’s see how it works out 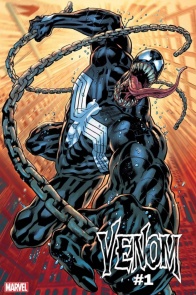 Hot off the heels of VENOM #200 and EXTREME CARNAGE, we’re closing out 2021 with one of the most ambitious books in symbiote history – an all-new VENOM from some of comics’ greatest talents! Marvel mainstay AL EWING, who himself has just ended a character-redefining run on IMMORTAL HULK, is being joined by RAM V, a horror maestro all his own, to craft a mind-bending and gut-wrenching tale of symbiosis the likes of which the Marvel Universe has never seen! AS IF THAT WASN’T ENOUGH, they’ve been joined by industry legend BRYAN HITCH, who is leaving IT ALL ON THE PAGE! We haven’t led you astray yet, have we? So trust us when we tell you that you have NEVER seen a VENOM like this!

After the massive, planet-spanning battle with Knull, the god of symbiotes, Eddie Brock is feeling pretty good about things. The world has been saved, he has a son and a life to look after, and he’s kind of enjoying his life as the new king of the symbiotes complete with a new powerset that allows him to traverse time and space in ways that he never could before. Unfortunately, there’s a new threat on the horizon that is more powerful than anything he’s ever faced before (because of course there is) and it also turns out that Eddie’s son Dylan has some hidden father issues that are starting to bubble to the surface and threaten to explode further down the line

“Venom” #1 is a massive 42 page opening issue that heralds the return of Marvel’s dark symbiote king and is written by two of the best superhero writers in the business: Al Ewing and Ram V. Not only do Ewing and Ram have solid backgrounds in superhero comics, they’re also very good horror writers, and “Venom” #1 gives them plenty of space and opportunity to show their talents. Since Eddie is the new king of the symbiotes he has the ability to transfer his mind between symbiotes, and later learns that he can move his mind across time as well as space. The new powers are cool, they raise the stakes significantly and open the door for all sorts of terrifying possibilities.

While the writers allow Eddie to briefly enjoy his newfound powers, they understand that the core of any great superhero story is the emotional stakes. In this case, it’s Eddie’s fraying relationship with his young son, who is trying to balance having an absentee father with everything from being bullied at school to being chased by government agencies and strange alien creatures. The writers do a great job of making Dylan a justifiably moody teenager with some serious potential issues and it will be interesting to see where they take him. Also, Dylan is the centerpiece for one of the creepiest moments in the entire comic that won’t be spoiled here, but let’s just say that Ewing’s background as a horror writer shines in this issue.

While “Venom” #1 is very good, there is one tiny little problem. Due to the nature of Eddie and the symbiote’s relationship the book does make use of two distinct voices throughout the story. While this does create an opportunity for some great dialogue and is a solid vehicle for exposition, this particular mechanic is complicated by the presence of Eddie’s son, who is also bonded to a symbiote with its own voice. While this the mother of all nitpicks, the presence of four distinct voices can make the book a little difficult to follow at times.

The artwork for “Venom” #1 is provided by Brian Hitch with colors by Alex Sinclair. From a technical standpoint, it’s fantastic with lots of great background detail, plenty of well laid out action and pretty explosions, and human figures that look real enough without breaking the uncanny valley. The length and importance of the book also allows that artistic team to splurge on quite a few double page spreads, which they use to great effect giving the book a sense of scale and frantic action. On a special note, Hitch does an especially good job with drawing the symbiotes, giving all of the alien creatures cool looking effects that make them look like non Newtonian liquid that creeps and grabs at anything it touches. It’s one of those things that long time readers probably expect out of a Venom book, and Hitch absolutely delivers.

While the artwork for “Venom” #1 is technically brilliant and very pleasing to look at, it does have some intangible problems that aren’t that big of a deal, but prevent the book from being as it could be. Due to the highly realistic look of the comic and the level of detail in each panel, everything is clearly shown and well lit. While this would be good on almost any other superhero story, this does take some of the tension away from the horror elements and sense of dread that the writers are trying to cultivate. Also, we’ve seen this style of artwork in a lot of Marvel books lately, so much so that it feels more like a Marvel house style of artwork than anything else. Again, this isn’t that big of a problem, it’s just that the artwork just makes the book a great comic when it could be an amazing comic.

“Venom” #1 is a fantastic return of Marvel’s black symbiote that promises an epic and terrifying journey across time and space for Eddie Brock and son. It’s got some amazing talent behind it and promises to be a wild and terrifying ride.

Final Verdict: 9.3- It’s a book that throws Venom into a playground of cosmic horror and familial suffering, something that old fans and new fans alike will love.