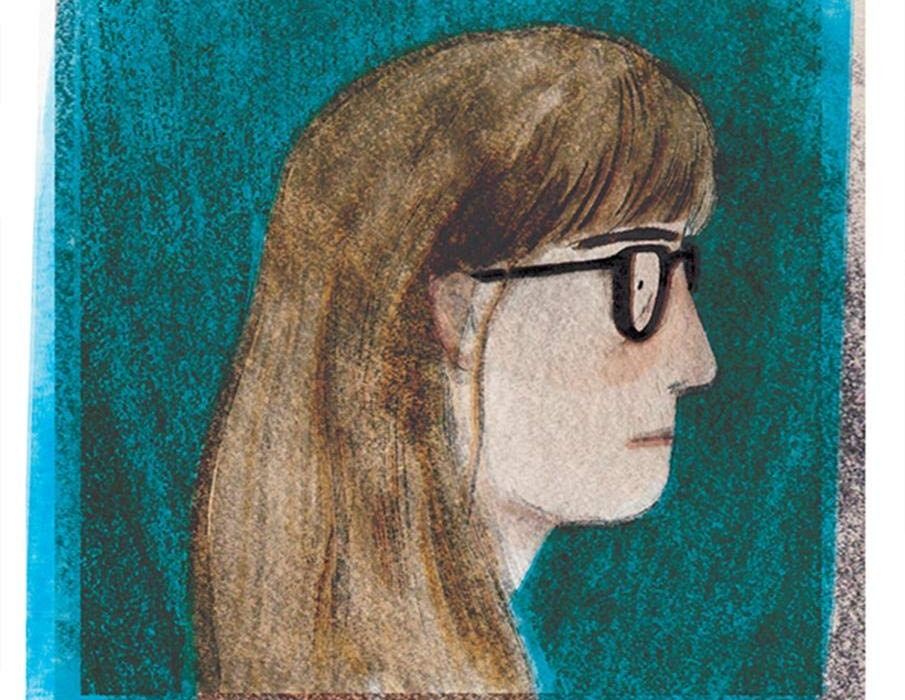 A woman walks through the streets of London, she is anonymous and specific, it’s a cinematic moment that is also separate from the story. “Walking Distance,” the new personal essay-cum-graphic novel from Lizzy Stewart follows her as she walks through the city, moving between interior thoughts and exterior action, she lets her mind wander with her body. 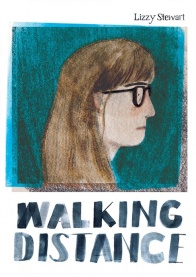 Written & Illustrated by Lizzy Stewart
Walking Distance is Lizzy Stewart’s poignant and contemporary illustrated essay on the experience of being a woman out walking. Merging the personal and the political, observation and contemplation, Lizzy examines what her life is and wonders what it should be; what is expected of a thirty year old woman by society, by family and friends and by herself.
She walks the streets of her London, creating it and herself. Gaining agency by being in control of her own direction, speed and momentum. Walking is both an internal and external experience. A time for self-reflection, for observing others and for imagining how we appear to them. What is expected of a person of our age, sex and race and how should that influence what we do and how we feel about ourselves?
A meditation on gender politics, social commentary and eighties movies, interlaced with shards of autobiography and illustrated with a beautiful series of sequential and non-sequential watercolour images.

The idle thoughts that can come into your head while going from place to place can feel momentous or mundane. In transit you can become aware of your place in a moving world. While walking on your own in the city, you are a part of something bigger and also just the small individual, lost in a crowd. Lizzy Stewart’s new book takes us through those thoughts, in a sprawling, meandering essay of anxieties and social commentary, complemented by art that moves from clean and clear to dirty and cloudy.

It feels a little weird to be writing about “Walking Distance” for a comics site, its relationship to the form of comics is debatable. This is a book that is mostly extended prose, with illustrations of different styles alongside the prose. Sometimes these are in an overtly sequential style, like traditional comics, but a lot of them are larger, single images. Stewart breaks apart the usual working of comics — separating the words and the pictures — in a way that mirrors the thematic division in the book. The art works as an expression of the exteriority of the action of walking, while the words shape the interiority of the thoughts.

That exterior art is remarkably diverse, going from broad, watercolour street scenes where figures walk more as impressions of shapes than people, to really crisp ink lines of people, their bodies moving fluidly and clearly. Stewart’s watercolours are all blues and greys and at first glance seem cold. At one point she describes how walking to places in the winter is the best, being wrapped in a big coat, with a destination that’s warm and sociable to look ahead to. Walking the streets of a big city may at first seem daunting, the place is cold and sprawling, you can get lost in the sea of people. But walking the streets is how you learn the place for what it is, see how the different parts connect, Stewart remembers being given the advice to walk when she moved to London, ‘it makes it less like islands,’ her friend told her. The watercolours a foggy and unfocused but they start to give way to, and mix with, a clearer specificity as we weave through the book.

Her interior, essayistic prose provides a counter insight into Stewart’s wandering mind on her walks through the city. She thinks her body and the space it moves through, anxieties about aging and space and culture become apparent. When writing, Stewart was 31 (she is now 32, as pointed out in the book’s addendum), and compares herself to others at 31. She thinks about her mother at her age, how walking the city couldn’t be the time for introspection when she had young kids to keep safe, Stewart’s own anxieties come bubbling up; is her perspective a selfish one? Indulging herself, while others have real concerns. She thinks about her sister, who lives in the countryside, and how walking means something different in the hills and fields than the alleys and estates.

Stewart’s interiority is unique to her (she is insistent in the addendum not to read this as a universal perspective), though it is in conversation with her surroundings, and contexts. This is the conversation that brings together the words and pictures, that at times feel disparate in “Walking Distance,” and makes it feel appropriate to be talking about as comics. The ways words and pictures mingle in comics is additive, they are more than the sum of their parts. Large parts of “Walking Distance” don’t look like comics, but Stewart is doing what comics does best, using multiple images, in sequence, to elevate narrative. It means that “Walking Distance” is something more than self-indulgent personal essay, the art takes the words, and responds to them, puts them in a context of bodies, action, the world.