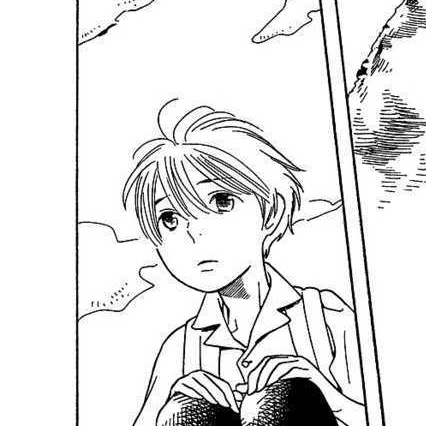 Shuichi wearing the girls’ uniform to school at the end of the previous volume was always going to be a monumental moment in “Wandering Son”. The majority of Volume 9 is focused on the aftershocks of that one decision. We see old friendships break and new ones bud, Maho become increasingly furious at her brother’s behavior, and multiple characters question the fairness of Shuichi’s persecution compared to both Sarashina and Yoshino. Takako Shimura uses a number of narrative techniques that make this more contemplative volume more impactful, including using the perspective of a relatively non-fleshed-out character to provide contrast, showing scenes out of chronological order to show their influence on character’s actions, and contrasting Shuichi’s story with that of Yuki. While Volume 9 may be light on narrative progression, the way it deals with the events of Volume 8 show Shimura’s skill with delicate topics and complex characters, and add depth to the already-vibrant world of “Wandering Son”.

The ripples of Shuichi’s decision to wear the girls’ uniform at the end of Volume 8 are present throughout Volume 9. Though Shimura only gives us glimpses at what happened on the day throughout this volume, the implications of it form the majority of these chapters. Shimura shows that she is still a master of allowing the reader to fill in the gaps. We don’t need to see exactly what happened – the reactions and discussions that we see throughout this volume allow us to build our own timeline, to imagine the humiliation that Shuichi faced without needing to have it spelled out.

Shuichi’s public display has widespread consequences. After being increasingly left behind by the core friendship group, Momoko snaps and declares that she hates them all, including her former best friend, Sarashina. Maho shares a similar indignation. She spends most of the volume too depressed to go to school, out of shame towards Shuichi’s actions. When she is seen out of bed, she is derisive towards Shuichi and constantly angry. She clearly cannot comprehend Shuichi’s internal struggle.

This struggle was heightened by the events of the day that are hinted at by many characters. Shuichi laments about being laughed at, sent to the nurse’s office, and having his mother called to the school. Sarashina and Yoshino notice the hypocrisy in this – when they dressed in boys’ clothes, the school barely noticed. However, Shuichi dressing as a girl is treated as a scandal that needs to be quelled and hushed. This difference in treatment clearly hurts Shuichi deeply, and he spends a number of days away from school. Even when he begins to return, he spends time ruminating by a riverside before being strong enough to face his classmates once again.

It is this ruminating that brings Fumiya Ninomiya back into the picture, and the first of the neat narrative devices that I feel form the strongest parts of this volume. We have seen Fumiya a number of times before, mostly as he tries to woo Saori and fumbles miserably. In this volume, he spots Shuichi by the riverside and invites him to join him in the local church. He offers a somewhat ignorant and inconsiderate ear for Shuichi to air his grievances, and later accompanies Shuichi and the others on a trip to visit Yuki. Fumiya’s relative inexperience with transgender people provides a new perspective on familiar characters. Shimura has used outside perspectives to shed new light before, most recently through Doi in the previous volume. It works well here to provide both a comedic moment when Saori beats Fumiya for asking if Shii and Yuki have sex and allowing the characters to give fresh insight into their world that they may not have done without the newer person in the room.

In addition to adding new characters into the mix, Shimura also carefully orders her scenes to give insight into the characters’ states of mind. The best example of this in this volume is when we see Yoshino chastizing Momoko for her saying that Shuichi’s dressing up as a girl was ‘bad’ immediately followed by Yoshino being confessed to, and Saori’s discussion about the change that Saori sees in Yoshino’s outward appearance. While the latter scene happened before the former chronologically, its juxtaposition here implied that it was weighing heavily on Yoshino’s mind during her beratement of Momoko, and helped readers empathize with Yoshino’s emotional state.

The final major device I found effective in this volume was the continued contrasting of Shuichi’s and Yuki’s respective journeys. The end of issue 72 and most of issue 73 are devoted to Yuki sharing some more of his traumatic school years. We learn of how he was forced to wear girls’ clothes by those around him, and even confess love for a boy that he didn’t have any feelings for. Shuichi chose to show his true self to his schoolmates. Yuki was ashamed of who he was, and spent extended periods of time holed up in his room. Even though Shuichi had to wrestle with himself to return to school, his return seems to have been much more rapid than Yuki’s was. In the final page of this volume, we see a photograph of Yuki wearing the sailor’s uniform, and there is a clear visual connection between a younger Yuki and Shuichi. These comparisons help to show that Shuichi may have a long road ahead of him, but he is handling himself admirably thus far. Yuki has also travelled down this path, and can guide him through the inevitable trying times.

The character exploration we are treated to in Volume 9 of “Wandering Son” is fascinating. We spend most of the issue in the shadow of the events of Volume 8, but through new perspectives, juxtaposition, and contrasting, we gain a deeper understanding of a number of characters, most notably Shuichi, Yoshino, and Yuki.

Next week, we will discuss Volume 10, covering Chapters 74 to 82. I hope that you will continue to follow along with me. If you have any comments or questions, feel free to comment down below, or reach out to me on Twitter. See you next Sunday! 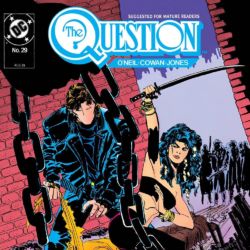 Two one-shots follow the final two issues of “Myra wakes up from her coma to find the city is totally in shambles and she’s gotta do something about it with a ridiculous idea” arc. We’re in the home stretch now and there’s no sign of things slowing down. 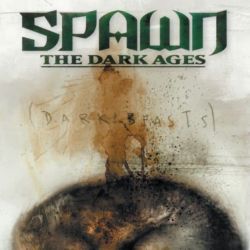 It is 901 AD. The Dark Ages. The darkest of times. Centuries after the Romans retreated and faded, yet many centuries before reason and order would take hold. The Dark Ages were times marked by sweat and blood and lives cut short by famine and disease. Desperate days. These were the times the lands known […] 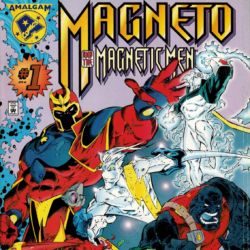 The summer journey through the Amalgam Universe continues today with a review of “Magneto and the Magnetic Men”.The MashupThe Metal Men & The Brotherhood of Evil Mutants. I’m aware of both groups, but not familiar with either of them. That makes it really hard for me to identify who’s being amalgamated. Costume designs allowed me […]