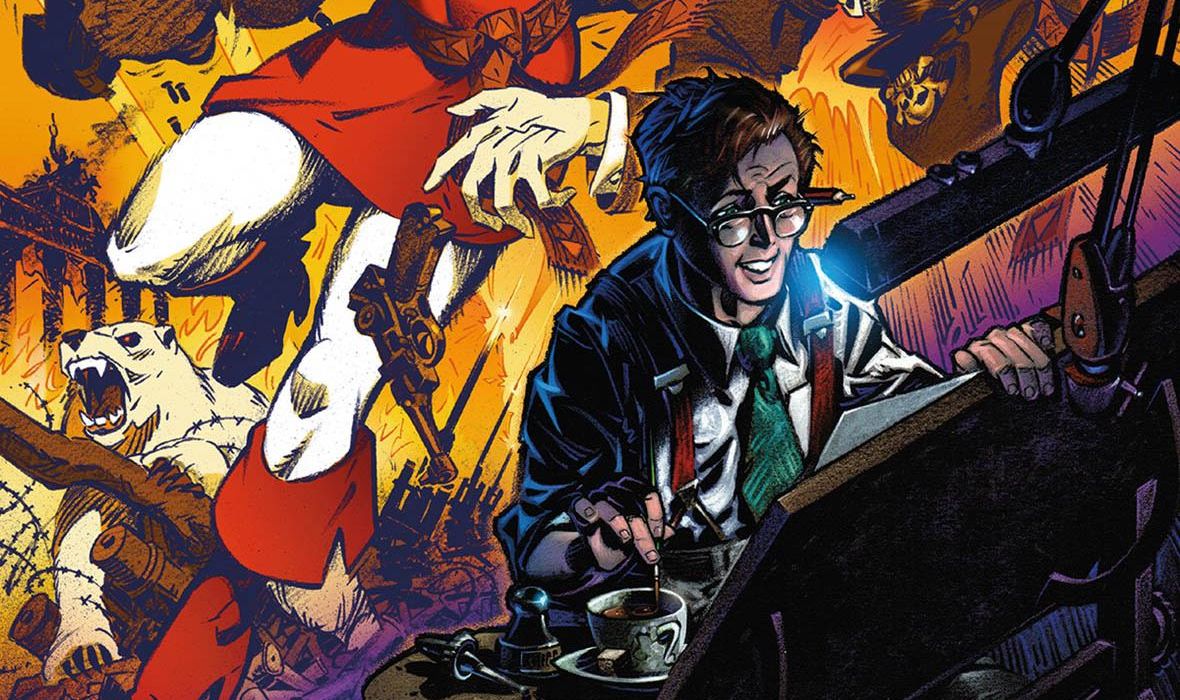 War Bears marks acclaimed novelist Margaret Atwood’s second foray into comics, following her graphic novel series “Angel Catbird.” Paired up with veteran artist Ken Steacy, the two tell a story about a humble comic creator in the midst of World War II. Will it deliver the same impact that Atwood did with her first work? 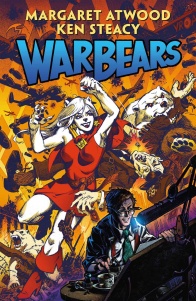 From the Booker Prize-winning author of The Handmaid’s Tale, comes this historical fiction graphic novel tracing the Golden Age of comic books. Oursonette, a fictional Nazi-fighting superheroine, is created at the peak of World War II by comic book creator Al Zurakowski who dreams of making it big in the early world of comics publishing. A story that follows the early days of comics in Toronto, a brutal war that greatly strains Al personally and professionally, and how the rise of post-war American comics puts an end to his dreams. International and New York Times best-selling novelist Margaret Atwood and acclaimed artist Ken Steacy collaborate for one of the most highly anticipated comic book and literary events!

What strikes me upon reflection of my first read is that Atwood and Steacy balances a tone here that never feels too campy or overly gritty. This is a 1940’s Toronto that has the charm and earnestness of typical Golden Age comics, yet the people inhabiting it aren’t one-note and morally black or white, feeling layered and interesting instead. From the first page, we get a good sense of this. The page is composed visually like a classical comic, with the first panel looking something like a newspaper headline showing a striking image of the logo, and Al’s creation Oursonette looming above the bustling scenery like some mystical villain. Yet what’s missing is obvious – the layers and layers of narration and dialogue that overstuff comics of that era. Atwood opts for show-don’t-tell rather than wryly keying in the readers as to the nature of this world and the characters within it. Yet there are still quips and mannerisms that give this a distinctly contextual feel. When Al starts at the bottom of the stairs to his new job saying “FIFTH FLOOR… HUFF HUFF… THAT’S JUST SWELL!”, you can’t help but grin at the dialogue choices and outward monologue which feels so tastefully golden age.

Atwood delivers a solid sense of who the main characters are in this first issue effortlessly. From the first page, we’re set up to like protagonist Al, though not in the usual golden age sense. Atwood writes Al with a sense of 40’s realism. He’s got a short temper, as you can see from him charging from the bus and barging through an old woman (though, with her negative comments on comics, maybe she had it coming). Yet, coupling this with general bad luck like dropping his comic pages over the rain-sodden sidewalk and having his character stolen and drawn by another artist, we can’t help but root for him. Similarly, having Gloria as the EIC of the publishing firm is a great power switch for the era. Although the first impression that we get from her is a J. Jonah Jameson-esque tough facade, having her take Oursonette and give it to another artist, we see a more human side to her as she gives it back to Al the next day before sidelining Mike, the other artist, to a “sports” job.

Then we come to Mike, the ‘other guy’ at the publisher. Initially, he comes off as a more lecherous and stereotypical Brooklyner Stan Lee, with strange speech mannerisms and a habit of making little soliloquies at the people he’s talking to. However, even after punching Al in the face in the middle of the night (to be fair, Al did instigate and was heavily inebriated) Mike doesn’t hold any grudges the next time we see him and comes off as a little more friendly and goofy than he first appeared. It’s good character work through simple actions and is super impressive to witness in the space of a single issue.

Steacy is one of the older artists of the medium working currently, and his experience certainly shows here in “War Bears”. What I keep coming back to is how fully realized and encompassing his rendered world of 1940’s Toronto is. As Atwood pairs back the narration and dialogue at the start, it gives Steacy a great chance to let loose on his visual storytelling. The first panel shows the crowded nature of the city, with buses and cars crowding the streets, and people hurriedly clamoring between them, always looking like they’ve got somewhere to go. Yet, there’s also a sense of this crowded and fearful era in the smaller panels following, specifically with Al being squished up right next to the old lady in the bus. It’s storytelling by way of omission, leaving out key things and filling in space to imply a busy atmosphere. Later on, we get a great rendition of 1940’s comic studios, when Al goes to work at one for his job. Steacy keeps the general atmosphere here busy, reflective of a modern space, yet lays it out in an old-fashioned office with low hanging lights to make it feel more like a factory assembly line. Steacy uses lots of subtle visual objects like these to imply context and also give a strong sense of environment to the comic he’s working on.

The characters in here are just as also visually charming and interesting as they are written. Steacy combines a style that feels like a hybrid of early Steve Ditko/John Romita, creating a world of people that can be beaming with buck-toothed smiles one panel and bleeding, knocked to the round in the next. Steacy’s work on Al best represents this, with his first appearance looking like a disgruntled, older Peter Parker. All the usual golden/silver age mannerism are here, but they aren’t unnecessarily punctuated by the inner narration of those eras, giving the art more chance to showcase it’s storytelling capabilities. When Gloria tells Al about his success in getting the job and his weekly rate, we see Al react with a wide-eyed look, biting his nails. Later on in the page, we get a weak, yet genuinely earnest face of awe from Al as he accepts the job from Gloria, saying “YES MA–I MEAN, BOSS!”. The other character that I feel is well represented is Gloria, who changes from being a tough, no-nonsense boss (my favorite looks is her in the cab looking to the side saying “MEN… YOU’RE ALL SUCH MORONS!”), to careless dismissal when Al shows her Oursonette, and cynical care whenever she presents Al with good news. It’s great to see that a female character in this context is getting such a well developed and powerful character with a wide spectrum of emotions and motives, and Steacy develops her really well visually.

I have to mention the coloring here – Steacy handles it also, and it has an old-timey watercolor feel to it. Steacy plays with darker and muted palettes a lot, though it never feels truly depressing. The scenes of open-street Toronto have a cold, overcast blue-grey palette to them, yet there’s always a speck of vibrancy to show hope – whether it be the bright red buses or Al himself’s plaid red coat. However, there’s so much emotion and pathos conveyed in scenes like Al’s waking up for his first day at work. Steacy gives the scene an early morning navy blue palette, which conveys a lot of sympathy for Al especially as he comes off his dream of his brothers being killed in the war. One of the most powerful singular panels in this scene, or even in the whole issue, is the shot of Al washing his face under the tap, and Steacy uses different shades of blue really well to convey the rushing water streaming across Al’s agonized face. It’s emotional artwork, and Steacy brings his A-Game to the colors just as much as the pencils.

“War Bears” #1 is a perfect encapsulation of fantastical golden age comics combined with the gritty, often depressing reality outside of them in the 1940’s. Atwood nails characterization here, giving us a lot of multifaceted people in just one debut issue and balances darker and lighter story tones with ease. Steacy is a perfect match for her superstar talent, lending a style that combines the best of classic comic artists and taking it to the next level with modern techniques. This is a charming and endlessly compelling debut.