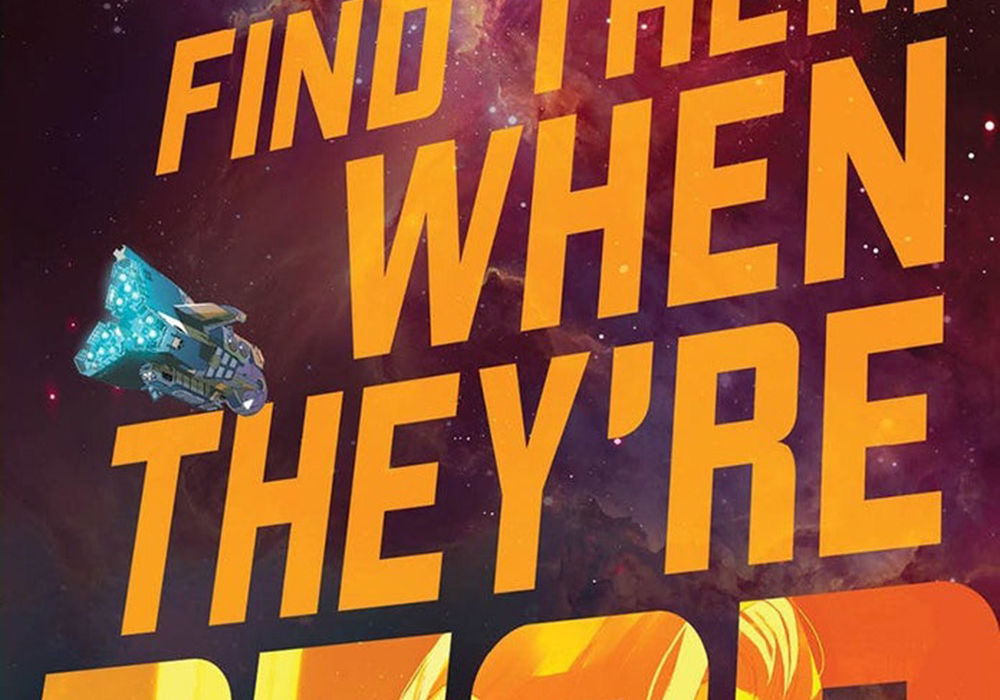 The giant dead god is only the setting for this slow intro into this new cosmic adventure. beware spoilers! 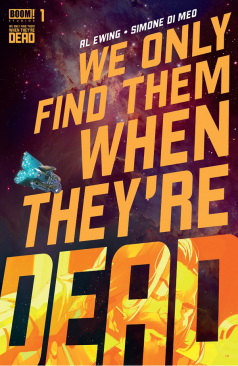 For fans of Decorum and Something is Killing the Children comes a new sci-fi epic from Al Ewing (Immortal Hulk) and Simone Di Meo (Mighty Morphin Power Rangers). Captain Malik and the crew of the Vihaan II harvest resources from the giant corpses of alien gods found on the edge of human space. While other autopsy ships race to salvage the meat, minerals, and metals that sustain the human race, Malik sees an opportunity to finally break free from this system by being the first to find a living god. But Malik’s obsession with the gods will push his crew into danger at the darkest reaches of space and face — unless the rogue agent on their trail can stop them first…

After turning out some incredible work at Marvel on “Immortal Hulk,” Al Ewing teams with Simone Di Meo, Mariasara Miotti, and AndWorld Design for the first entry in what promises to be a cosmic epic as presented with the gravity and scope of Ewing’s previous work. “We Only Find Them When They’re Dead”‘s first entry is primarily world-building, however, there are so many threads and hooks for the world this team has crafted that surely will pique readers’ curiosity.

Ewing’s script for “We Only Find Them When They’re Dead” #1 feels very much like the opening scene in a stage play. Not much happens necessarily but we are slowly introduced to the major players and concepts over the course of one specific task, autopsying a dead god. After a prologue and an excellent title drop, and establishment of the rule “We Only Find Them When They’re Dead,” we are introduced to the crew, a dead god, the struggle to claim resources from the dead god, introduced to Richter and her relation to the Captain, and an excellent hook which unfortunately is also in the solicit text. Despite that, there is a lot of information in this first issue and while it’s objectively exposition-heavy, the framing of it as apart of a routine makes it feel a lot less like the reader is entering this setting for the first time but catching a particularly interesting day for this crew. The dead god appearing is spectacular to the reader, but the crew clinically gets to work. The skirmish is exciting but not unexpected for the characters. The way Ewing presents these events through the lens of the character’s reactions to them gives the reader a sense of normalcy for this spectacular setting and a set of rules which–in classic Ewing fashion he overturns in the final page with the promise of finding a living god. Just like that the rules and routine this issue has set up are thrown out the window and the reader is hooked.

While this approach to setting up a clinical task to acclimate readers to the world through the way characters interact with it works as a thorough introduction, Ewing loses opportunities in introducing the characters as distinct individuals. Since “We Only Find Them When They’re Dead” is a very contained issue there aren’t a ton of characters to juggle and worry about forgetting, but we only really get a chance to fully learn these characters names and roles on rather than a sense of personality or motivation save for Richter and Captain Georges. Where the script for the first issue may be lacking in characterization, Simone Di Meo carries through with excellent character designs and expressive acting that really carries “Oh what’s their deal?” curiosity for readers to check out the next issue.

Di Meo, Miotti, and AndWorld Design make Ewing’s world something we want to get to know. The deep purples and teals throughout this book make the outer space in “We Only Find Them When They’re Dead” entirely distinct and full of mystery. Di Meo’s page layouts at the same time emphasize the scope of this world and the slow, intentional pacing of the book. A majority of this issue is told across the full two pages of and even when the layout isn’t a traditional splash, the composition of the pages feels like it has the double page layout in mind. There’s also a subtle bit of characterization conveyed through the page layout which felt particularly impressive. One double-page layout depicts Ella making the first cut on the god through jagged panels which, along with the gruesome cut across the mouth, gives off a much tougher character than Alice’s 20-panel precision cutting “ballet” sequence later on. Additionally, AndWorld Design’s use of white seriffed text on De Meo and Miotti’s inky black outer space really sells the intention behind Ewing’s sparse narration. Additionally, an extremely helpful lettering choice was the coloring of word balloons over the radio to match the character who was speaking. The only complaint there was Richter’s colorization was so light that it was difficult to parse that it was a different speaker.

Ultimately, “We Only Find Them When They’re Dead” #1 is a slow burn introduction to this uniquely interesting setting and these characters. Ewing takes his time introducing hard and set rules of this world and then promising to break them. Di Meo, Miotti, and AndWorld Design also promise to make this journey something incredibly well designed and thoughtfully laid out. Also, the big dead god looks so so good, that needed to be said.

Final Verdict: 7.5 – A slow burn introduction that has you coming back for more.