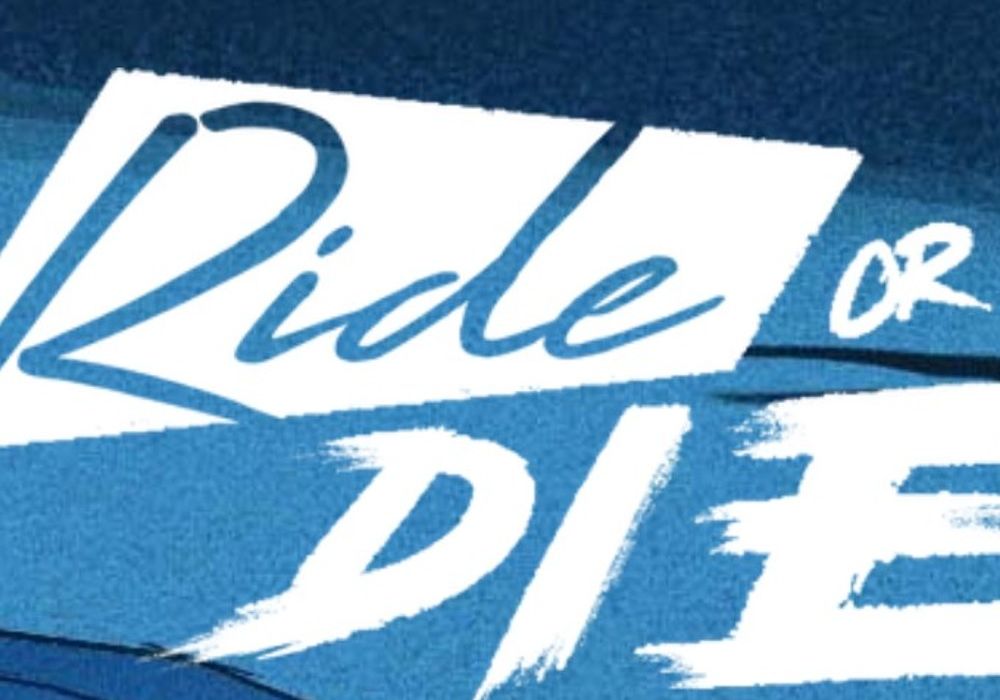 The new era of Webcomics Weekly continues with a look at “Ride or Die” by Mars Heyward. How far have they gone channeling one of the many aphorisms of Dominic Toretto or perhaps the lyrics of “We Own It” by 2 Chainz and Wiz Khalifa

America’s obsession with cars is fascinating, to me at least. We practically worship the mode of transportation and have entirely oriented our society, and cultural genres, around them. In the popular imagination, a car is associated with freedom, mobility, vitality – especially in a white middle-class imagination – yet paradoxically represents our vices in the same breath. The car is never static, too, mutable depending on the context.

No matter the price.

Nominated for an Ignatz award, “Ride or Die” is self-described as “Christine meets Ghost Rider meets Fast and Furious but gayer.” We follow Lucky, a 24-year old self-described loser who is introduced to us by him losing a foot race to his friend Kerry’s 2014 Volkswagen Jetta on the way to work. From there, he becomes embroiled in the world of underground street racing after a fateful meeting with his mother’s secret, broken down car and with his former childhood friend – and crush – Vick. Lucky, being a card carrying member of the ironic names club, also encounters a bunny cult who are trying to kill him. Oh and his car is possessed.

There’s a lot going on there and “Ride or Die” seems committed to unpacking each and every thread presented as it goes on. As of this point in the narrative though – two full chapters at 50-ish pages each, – things are still in the set-up phase and we’ve yet to really get much of the aforementioned underground street racing or haunted car. I appreciate a multi-layered story that’s upfront about the broad strokes of its ongoing narrative complications. You know what you’re getting into and it gives the creator the chance to explore them at their leisure. However, I think “Ride or Die” took too much of a “everything and the kitchen sink” approach to its first chapter and we’ve only now started to come out of the mess it created.

Part of my issue is, when you’re only releasing a couple pages a week – “Ride or Die” tends to update in 5 page chunks twice a month – the story can only progress so far, so fast. If there’s too much going on at the start, there’s not enough space to explore them all adequately and impatience sets in on the part of the audience. This can lead to any number of things on the part of the creator but usually manifests in dropped plots or an extended journey to the actual meat of the story.

Heywood decided to focus on the latter. While I appreciate the slow build to one, paying off the opening scene, and two, laying the groundwork so Lucky’s decision to participate in the tourney is impactful, his and Vick’s will-they-won’t-they relationship is complex, and we understand the dangers of this mysterious hell vehicle, I would be lying if I said I wasn’t starting to get antsy. Now that the pieces are starting to fall into place, however, I’m newly enthused, especially with the questions raised by, and comedic potential of, the events at the end of chapter 2.

With all that grousing out of the way, I do want to talk positives. Chapter 2 is truly an improvement all around from what was a good but mistake-filled first chapter. The first few pages of it alone are worth the price of admission. I love the way he represents Lucky’s last memory of his mother: distorted and repeating like a deteriorating VHS tape, the lettering fuzzy at first before becoming clear for the most devastating part of the memory. The people feel softer, more rounded than the usual very angular and sharp models Heywood uses. The same is true of the speech bubbles. The whole scene is bathed in purple shadows with harsh red outlines radiating off the characters as dissociated embodiments of their anger, grief, and worry.

While this is the most out-there the colors get, the rest of the chapter is no slouch when it comes to the intensity of the oranges or reds that accentuate the mundane colors of the world or of the soft lighting he adds when things are calm. When things get intense, the darkness sinks in, with the other colors popping out like firelight on a darkened street, mostly because it is actual, literal fire being the source in those scenes. It’s a great fit for the angular character designs, putting into relief the sharpness of Heywood’s world.

It’s good stuff and is perfect for a comic about haunted car racing.

It’s easy to see why “Ride or Die” is nominated for an Ignatz this year. The characters are well-defined, with recognizable designs and memorable personalities, and the complexities of the narrative are balanced well, promising enough developments down the road to keep things interesting while revealing what it needs to so the audience doesn’t feel cheated by mystery for the sake of mystery. Who or what the Hellcharger is doesn’t matter right now. Same with what’s being left out of his story and how it all ties back into the titular Ride or Die tournament. What matters is that the questions are tantalizing and propel the narrative forward rather than bog it down by being explained too soon or left to fester for too long.

Lucky’s dilemma of wanting to strike out on his own, rebel against who his Grandpa thinks he is, and follow in his mother’s footsteps without making the same mistakes is a compelling central conflict which Heywood supports, in ways small and large, within the narrative. He’s got his own agenda here and Heywood seemed interested in asking the questions of what he will give up to fulfill that agenda, as well as what he’ll lose along the way. He’s already made a pact with the shady car who was last seen with his mom before she left Lucky, after all. A car which has kicked off a newly rekindled romance, potential answers to a great loss, and the power and confidence he once lacked to do what he could never do on his own: win a race against the Send Nudes guy.

The car is the promise of the open road, the freedom to go fast, go far, and go whenever.

All it needs is a little bit of blood. 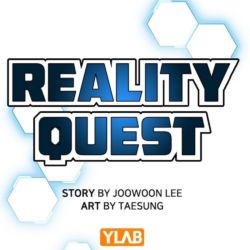 The Webcomic Weekly is back in your life. And this week we take on the reality of quest narratives with “Reality Quest”.Reality QuestEpisodes 1-5Schedule: MondayWritten by Joowoon LeeIllustrated by TaesungReviewed by Michael MazzacaneTell me if you’ve heard this one before. A bullied youth under an immense amount of stress has an experience and things suddenly […] 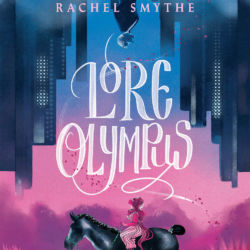 The Webcomics Weekly returns to Olympus this week by way of “Lore Olympus”, you might of heard of it.Lore OlympusEpisodes 131-144Updates SundaysBy Rachel SmytheReviewed by Mel LakeThis week I revisited “Lore Olympus” in lieu of reading a new webcomic. It was definitely necessary for me to take a break from the endless drama of the […] 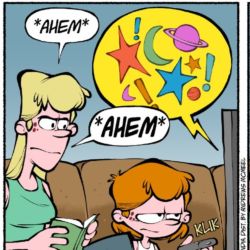 Howdy everyone! Elias here to introduce this week's comic: "Crabgrass." Webcomics really got going thanks to the four-panel newspaper strip format and so I figured, what with the year nearing its end, I should find one that keeps the tradition alive.