Welcome back to the Webcomics Weekly!

This week, we have an ending in store for “The Strange Tales of Oscar Zahn,” not quite lasting the year but close enough. Joining that ending is the continuations of “Order of the Stick” and our two wonderful newcomers, “System 32” and “Mage & Demon Queen.” Do they have much good in store for us? Well, does Google Chrome devour RAM like I devour chocolate?

On first glance “Mage & Demon Queen” seems pretty generic. A fantasy romance webcomic, though this one is a queer romance, with manga inspired art, on LINE. Where have I read that one before? However by the end of the first strip, if not the second one, it becomes clear that the creator Color-Les has an understanding of both various manga romance storytelling tropes and video games that they can twist and use them to make “Mage & Demon Queen” a both easily understood genre story and something a bit different.

The mechanical conceit of “Mage & Demon Queen” is kind of brilliant. In this fantasy realm there are humans and demons in eternal conflict, and at the top of the Demon Tower sits the Demon Queen Vel. The hero who vanquishes her will restore peace to the land yada yada. This heroic quest is realized through video game aesthetics both in terms of design (game menus appear) and gameplay (adventures pay for respawns on top of an overall RPG system.) Except Malori Crowett doesn’t want to kill the Demon Queen she wants to woo Queen Vel into, well, being her Queen. Which means Mal is running this quest ad infinitum, itself a very video gamey concept, but she’s also trying to break and subvert the game rules by winning Queen Vel’s heart. The perfect treadmill for storytelling.

If only Queen Vel was more open to the possibilities, instead of blowing her away like Team Rocket all the time. How Color-Les manages to make the inevitable still funny is a skill.

In subverting the quest narrative Mal’s character comes through clearly. Some of her actions verge on various pervy fanservice tropes, though Color Les never goes quiet that far, but there is a sorta wholesome innocents to it. In tenth strip it’s revealed how Mal, a high level but never the less solo mage, manages to consistently reach the top of the tower. She’s befriended all the demons inside with kindness, or bribes. The Quest to kill the Demon Queen is inherently narcissistic but in the case of Mal, her twist just reveals as Melathia puts it “her focus on her own self-interest is just innocently dangerous.”

One of the little things Color-Les does with these strips is how they start them. Often a strip begins with an exterior view of some building be it the Demon Tower, Church, or the city. Through the use of perspective, they are able to enhance the sense of scale by leaning into the infinite vertical scroll. It also has a habit of efficiently establishing for the reader where a given strip will take place and builds the world of the mind for them.

The series is also augmented with AU strips based on Melathia (a Demon General) fanfic an not so secret Mal-Vel shipper. These strips prove to be a fun change of pace as Color-Les works through the core characters in different genre scenario.

What brings Monty Python sketches, debates over the origin of deity pantheons, and the difference of a pony to a rabid dog? Well, “Order of the Stick” does!

In the latest five chapters of their adventures, the Order is still wrapping up it’s shopping activities before heading out to their next main quest, the pursuit of rare metal in the deep woods. As usual, the sheer absurdity of the situations they find themselves in is already well worth the price of admission which, compounded with sharp dialogue, makes this for a very entertaining time.

The first three episodes focus on mostly ancillary comedy bits, with members of the Order shopping (well, attempting to), but falling short for a number of reasons. It leads to homages to the comic tropes of the Monty troupe (and a lesson on weaponry names at that), and also a deeper, philosophical even, debate on religion. Not the first time the series slips a more serious undertone in the strip and certainly a welcome trait.

The final two chapters connect all of the gang back together as they start to head out to the main quest. It was good to seem them all together after some strips apart, as the chemistry all around is excellent. The way that the dialogue is written makes them truly feel like old acquaintances, magical warts and all. 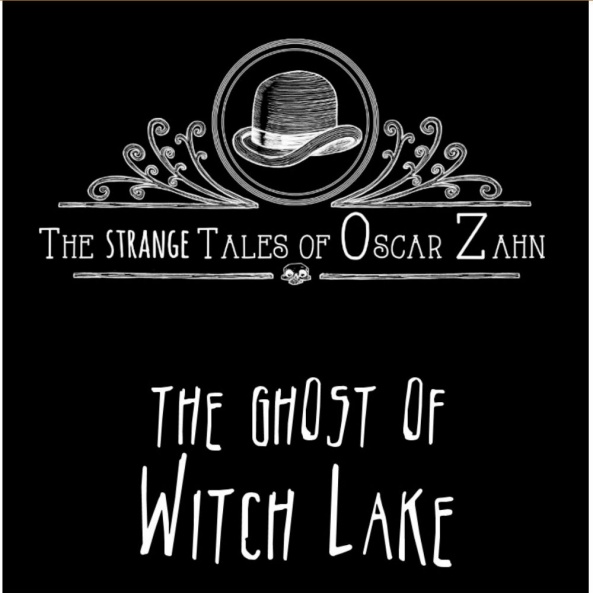 And with this, ‘The Ghost of Witch Lake,’ and season two of “The Strange Tales of Oscar Zahn” comes to a close. It’s been a hell of a story and these final chapters are a good microcosm of the whole arc. While the looming, larger plot is present, the focus, and thus the emotional center, remains on Maddy, Oscar, Walter and Sophie and their respective lives. While the art falters at times due to the way it is cropped from larger panels, we are treated to grand landscapes and tight character actions, deep, wondrous colors, and a bittersweet resolution that is, ultimately, hopeful. The character’s mistakes, or their perceptions of them, bring sadness to our eyes and a tightness to our chest, balanced out by Vuong’s ear for a good, dry bit of humor.

However, as Vuong notes in his author’s comment on Chapter 98, we really didn’t spend much time with the townsfolk.

In previous reviews, I’ve praised this aspect, in that it helped focus the narrative on Maddy, Walter, Kenny and Sophie, with Oscar and Doctor Corpus floating in and out, but it is apparent that, well, we really weren’t given much in terms of deepening Oscar’s or our connection to the people of Witch Lake. It’s a missed opportunity, one that could have either meant that the story dragged on or became richer through the slower burn. Ultimately, it’s a what-if game that doesn’t matter. The story as is does not suffer for the lack of it and, perhaps, grows for the mystery.

We are as Oscar, a transient in the lives of these people and their town, focused on one thing and all else revolves around it. We pass through Witch Lake, appreciating the slice we were shown, hoping to return one day, knowing we may never get the chance, but satisfied in the experiences we had and the people we met. When one has made new friends in a place you know is temporary, it can be hard to say the necessary goodbyes; the same can be said for stories.

For the past year, we have followed Oscar’s many adventures, and now they are completed. . .for now. The conclusion to his latest reminds us of just how little we know of Oscar’s past, of the tragedy in Alaska, and how much he has lost in the intervening years. ‘The Last Soldier of Somme’ was not his story, ‘Stardust and Soliloquies’ was not his story, ‘Lost and Found’ was certainly not his story and neither was ‘Doppelganger.’ Glimpses into it, a new chapter in someone else’s story, a continuation, maybe, but never his. What he has done, his mistakes, his traumas, they all remain as distant as Maddy remained to her father.

And that is for the best. For where would we go from here, when these strange tales return one day, if we knew everything. Sometimes the best ending is one that is quiet, meditative, and open ended.

For those who wish to know more about Oscar’s future, check out Tri Vuong’s Patreon. As for me, well, we’re going to be going to a better place soon. 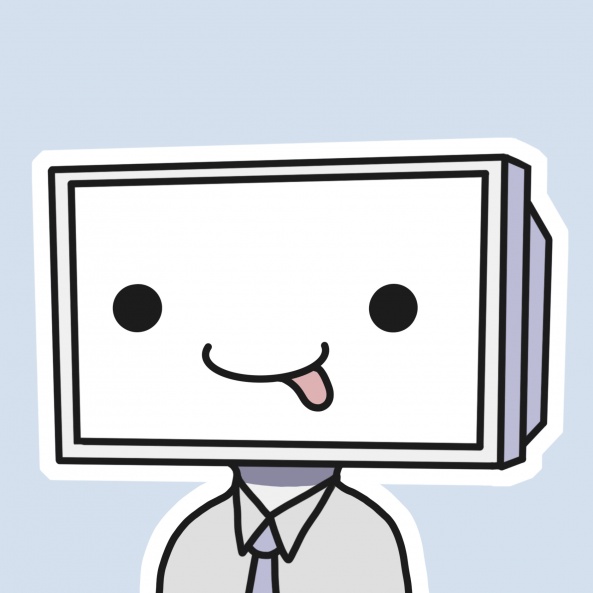 System 32
Every Single Time through Program Installation
Continued below

If you’ve ever used a computer at all, you’re likely to find a lot of the humor in “System 32” resonating within your central processing unit. Playing on the minor frustrations that plague users of electronics the series is quite cheeky and inventive with its representations of the computer, its various apps, and the idiot who uses it. Whether you’re getting your earbud cord caught in a door, agreeing to terms and conditions you didn’t read, or finding local singles, the system sees you. And it is judging you.

“System 32” also pokes fun at the technology itself. ‘Program Installation’ is a highlight as the system appears to actually be building something for two panels before reaching 99% in front of a seemingly completed contraption. Then it just sits there, and never moves again. Some of the best jabs are aimed at Google Chrome, which is just simultaneously the best and the worst. Seriously, Chrome’s connectivity is great but if you are not aware of the massive drain on your RAM please allow me to introduce you to The Great Suspender. You’re welcome.

The humor, while a bit nerdy, is lovingly crafted and the art, while a bit simplistic, injects a great deal of character and heart into otherwise cold and sterile things that somehow bring us both joy and rage. “System 32” is created by Andrew. Just Andrew, that’s all the information I have for you, dear readers. And I had to pay a dollar on Patreon just to find that out. But hey, maybe you should go give Andrew a dollar as well. After all, he can’t just eat RAM like Google Chrome–that greedy fuck.

Webcomics Weekly returns and we’re knocking on our 100th edition! This week “Meow Man” returns along with an appearance by “Chickenface.” We finish up the sixth chapter of “Agents of the Realm.” “Trekker” and “The Otherknown” also continue. Agents of the RealmPages 306-316(Ch6-7)Schedule: Tuesdays and ThursdaysBy Mildred LouisReviewed by Michael MazzacaneIt can be funny how, […]

My typing fingers are slowly seizing up from all this work from home but I push on, for you all, and for the good of the column. I find myself wondering what "A Better Place" might be like. Would I find it in "Realm Nine" or while "Trekker"-ing to the "Order of the Stick" to cure my "Bloodclot?" Would I find out that "My Black's Don't Match?" I certainly hope not. I take pride in my ability to match black with black.

Webcomics Weekly continues its march to our 100th edition, but first we have to get through this post-Mother’s Day edition. This week we get a well executed “lore dump” that’s really a character piece in “Agents of the Realm.”Elias takes a look at the trippy new series from Alanphabetology, but maybe that’s a “Bad Sign.” […]