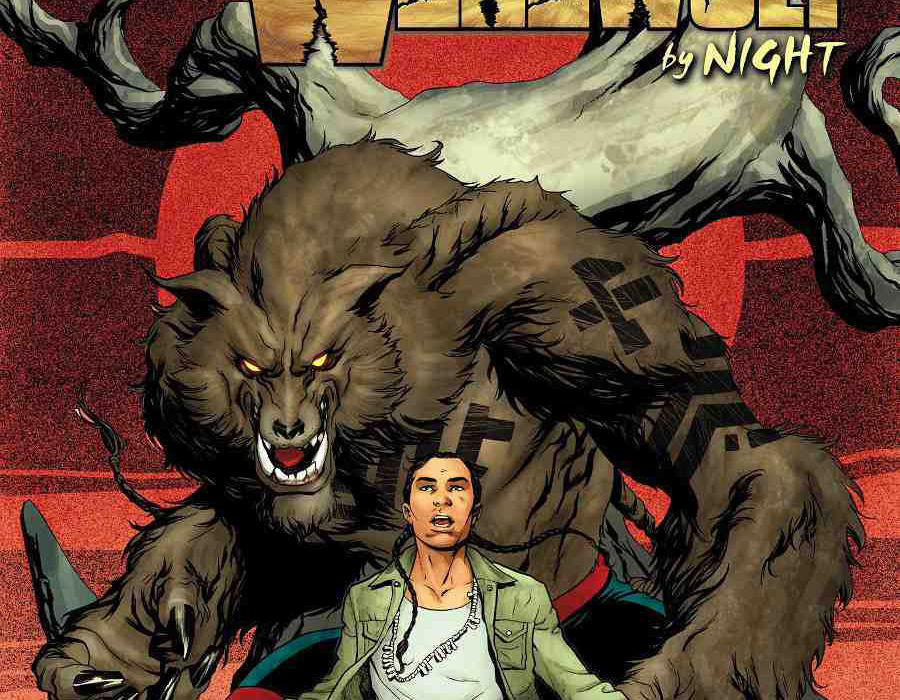 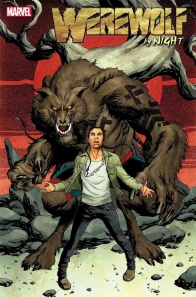 THE HOUR OF THE WOLF! A new Werewolf by Night is prowling the Southwest, but all is not as it seems! A young man, a family curse, and an unholy experiment prove a dangerous combination for a small town in Arizona. All young Jake wants is to protect his people, but who will protect him from the monster within? Taboo of the BLACK EYED PEAS and Benjamin Jackendoff team up with Scot Eaton to tell an epic tale of righteous fury and incredible transformation in the Mighty Marvel Manner that is not to be missed!

The original Werewolf by Night was created by Gerry Conway, Roy Thomas, and Mike Ploog and featured in “Marvel Spotlight” #2 nearly fifty years ago (yes, let that sink in) in 1972. Jack Russel was the character’s name, and by current superhero standards he was rather pedestrian. He had the usual werewolf abilities of enhanced strength and senses, and spent most of his time struggling with the hereditary lycanthropic curse that afflicted him. Don’t get us wrong — Jack Russel may have just been a dude with a werewolf side, but he got up to some fun quests, linking up with Ghost Rider, Iron Man, and others.

Regardless, it’s probably not a hot take to say that Werewolf by Night, despite his cool monster factor, is not that titular in the Marvel universe. Given that, Taboo and Jackendoff’s reinterpretation of the character as a young Hopi man doing his best to protect the Rez while staying in his own lane feels refreshing. Indeed, Jake the werewolf and his very cool girlfriend Molly give “Werewolf by Night” #1 its lifeblood. We can tell that Taboo, who’s half Hopi himself, has infused Jake, and the story at large, with a nuanced take on reservation life. Jake spends his nights chasing gun toting, America First looking chumps off the outskirts of the reservation, and his days working as a cleaner in the nearby pharmaceutical plant. His life is complicated — he appreciates his culture, has hard feelings about his dad, and tries to balance living an ethical life with making a living. Jake’s story is compelling, and his powers seem tempered for someone just figuring out the roles of the whole transformation at night thing.

Taboo and Jackendoff also make good use of Red Wolf, one of the few canonically established Native American heroes in Marvel lore. In “Werewolf by Night” #1, Red Wolf and Jake haven’t met yet. However, we’re eager to see what kind of relationship they establish once they do, as Red Wolf’s been written really well so far. He’s stoic with a hint of casualness, all of which is balanced by healthy dose of wisdom. We’re eager to see how these characters grow and learn from each other.

Eaton’s art, while not revolutionary, does a good job of setting pace for the story. Images are clean, characters are expressive, and the action sequences are fluid. Jake’s werewolf form is also expertly rendered. There are thousands of tired ways to draw a werewolf, which means its exciting when an artist adds some pizzazz, which Jake certainly has. The colors in “Werewolf by Night” #1 are also appropriate — instead of that weird, sepia yellow color wash that befalls so many stories that take place in the southwest, we get a range of clear colors. It’s a breath of fresh desert air. The art team also makes great use of form in “Werewolf by Night” #1. Of particular note is a storytelling scene, when Jake’s granny tells him a fable about wolves and women. The panels that illustrate the story are drawn as if they’re woven from fabric, reminiscent of ceremonial, Native American blankets. The style is effective, and gives the scene a sense of history and mystique.

Overall, “Werewolf by Night” #1 accomplishes what it sets out to do. It introduces us to a fun character, makes clear what his powers are, and gives us a setting ripe for intrigue, sabotage, and big explosions. This is fine Marvel fare.

Final Verdict: 8.5. “Werewolf by Night” #1 is quick, fun read that manages to pack a punch in terms of social commentary and general smarts.