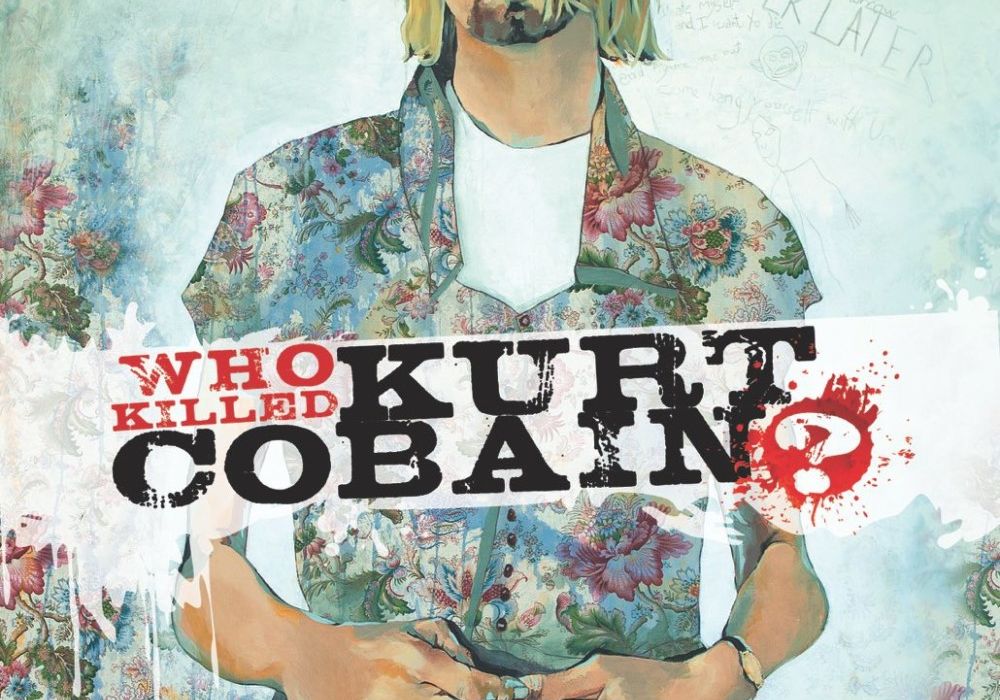 Few celebrities engender the sort of starry eyed worship and litany of ‘what ifs’ that Kurt Cobain does. Part of that is that we never got to see him get old, make a bad album, endorse a shitty politician (like his bass player recently did), or get fat. He is trapped in the amber that is the early 90’s.

Nicholas Otero – working from a novel by Heloise Guay de Bellissen – attempts to tell Cobain’s story through a new lens – looking at his life through the eye of his imaginary friend. I would warn that spoilers follow, but if you don’t know that Cobain is dead, I don’t know what to tell you. 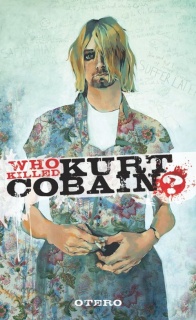 Written and illustrated by Nicholas Otero

The most iconic singer/songwriter of his generation, Kurt Cobain left behind a phenomenal body of work, legions of fans, and a mystery… a final letter addressed to “Boddah.”

Now, award-winning creator Nicolas Otero brings the story of this note to life in the forthcoming original graphic novel Who Killed Kurt Cobain?: The Story of Boddah. Based on the French novel, Le Roman de Boddah by Heloise Guay de Bellissen, this adaptation—a work of fiction—recounts real-life events from Cobain’s life, as narrated by his childhood imaginary friend, Boddah.

Through the eyes of Boddah, readers get a front row seat to the highs and lows of one of music’s most influential voices like they’ve never experienced before. Trace the arc of modern rock’s greatest icon from the dark clubs of Seattle to the bright lights of the world stage… and all the angst, horror, and thrill that came with that ride in this captivating graphic tale.

My first problem with this book – and trust me, there are many – is that the title is incredibly misleading. People still doubt that Cobain killed himself, and this title exploits that without ever asking that question. The subtitle of the book – which is not present anywhere on the print copy I have – is “The Story of Boddah,” is a slightly less misleading title, but still doesn’t really convey what this book is trying to be.

That is more of a problem than you may think, because it is indicative of the book’s overall problem: it has no idea what it wants to be.

It is part historical fiction, with little interest in either history or storytelling, part attempt to psychoanalyze Cobain, with no real attempt to go beneath the surface, and part celebration of the man’s music, with little to no writing about the actual music.

The book, essentially, is a fictionalized biography of Kurt Cobain, with healthy doses of his conversations with Boddah, his childhood imaginary friend to whom he addressed his suicide note. On the surface, that could have made for an interesting book, if one that has been done many, many times before. Boddah, in other hands, could have been sort of a (pardon the extreme cliche) Tyler Durden character for Cobain. One that pushed him in different ways, challenged him, forced him into situations he didn’t want to be in. Instead, Boddah is little more than an angel/devil on Cobain’s shoulder, but without the agenda. He’s just there, and is utterly uninteresting.

That’s a huge issue for the book, as Cobain is a tough person to relate to in this book. Most of the characteristics that made him so compelling in real life – his sense of humor, his troubled past, his insecurities, not to mention his amazing talent – are, more or less, absent here. We see a bit of his mischievous side, but it loses all charm when rendered on the page without the wink that always accompanied it.

So, if you don’t really like the Cobain you’re reading – even if, like me, you have a lot of admiration for the real person – you would hope to find something in Boddah to embrace. But he’s just an empty vessel, a poor analogue for the reader, and a character that, visually, looks a lot like Cobain and, at times, is easy to mistake for him. That last point may have been intentional, a blurring of the lines between reality and fantasy, but it doesn’t make for an easier reading experience.

That brings me to the book’s sole redeeming quality: its artwork. Otero is a skilled draftsman, and has created some visually stunning pages, full of creative layouts and inkwork – sadly, there are no preview images available of the really creative stuff, which happens to occur both during Cobain’s drug use, and when he’s lost inside his own mind. The inkwash that Otero uses pulls from artists as diverse as Ralph Steadman and Francis Manapul, and makes some absolutely boring narrative passages come to life visually.

Otero’s also done a nice job creating a visual look for characters that we all know. Sure, he simplifies people like Krist Novoselic to a lumbering oaf or Dave Grohl to Cousin It behind a drum kit, but those people aren’t the focus of the story. This is Kurt’s story, and so they have to be reduced to enlarge him. His Cobain has the sadness behind the eyes and the impish smile down pat, and he manages to capture the manic energy that Kurt playing the guitar evoked. Visually, there is little to complain about in this book.

I wish there was more I could say about the artwork here but, ultimately, the artwork is the delivery system for a story, and the story fails so spectacularly. This may be one of the least researched historical fiction works I’ve ever read. There are a ton of anachronisms here that even the simplest fact checking would have uncovered; for instance there’s a reference to Viagra, a drug the FDA didn’t approve until four years after Cobain’s death. Here, Cobain more or less invents MTV Unplugged whole cloth, despite the show having been on the air for four years before Nirvana taped their episode.

I suppose a case could be made that these were intentional decisions, to help fictionalize the story, but that’s hogwash – this is a germ of an idea turned into a book without the proper steps in between. I know that this isn’t a book about Nirvana, but relegating Novoselic and Grohl to furniture is almost as unforgivable as totally excluding Pat Smear, who was a hero of Kurt’s, joining the band for the In Utero tour.

The only person, besides Kurt, given any attention whatsoever is Courtney Love, and she’s presented as she’s always presented: as a crazy person who was very much in love with Cobain. Again, this is a missed opportunity to give her some depth, something that can be said for every non-Cobain character in the book.

Ultimately, though, even Kurt isn’t given too much depth. One of the reasons that characters go to therapy or have journals in film/television, is that it gives the character a place to speak their feelings through less clunky exposition. Having Boddah here is the same tool – he could have been used to give us all this insight into Kurt’s mind. Sure, it would all be bullshit, but this book keeps reminding us that it is fiction. Instead of using that feature as an excuse to be lazy with research, use it to give Kurt the ability to say things that we, maybe, believed he thought.

From the start of the book, I kept waiting for the big twist to be that Boddah killed Kurt – especially as that is said in the first ten pages of the book – he says “I killed Kurt Cobain” plainly over a gruesome image of Kurt’s blown apart head. This is out there online from IDW as part of the preview they released. I’m not embedding it here due to its disturbing nature, but when you tease readers with that early in the book, you expect it to come back into play.

Ultimately, if Otero simply drew this book, his work would be celebrated. But he is completely over-matched here as a storyteller. Fans of Cobain get nothing from this book and, if you aren’t a fan, why the hell are you picking this up?

One final note: I was reminded many, many times while reading this of Montage of Heck, the Cobain documentary released last year, executive produced by his daughter, Francis Bean Cobain. The documentary has come under fire from friends of Cobain, especially Melvins singer/guitarist Buzz Osborne, for missing the point in many ways, and trying to shape the story in ways that simply aren’t logical or true.

Now, granted, whenever someone kills themselves, especially if they are famous and young, there are a ton of leaps of logic that people take to tell their story. But what is it about Cobain’s life that is so open to misinterpretation?