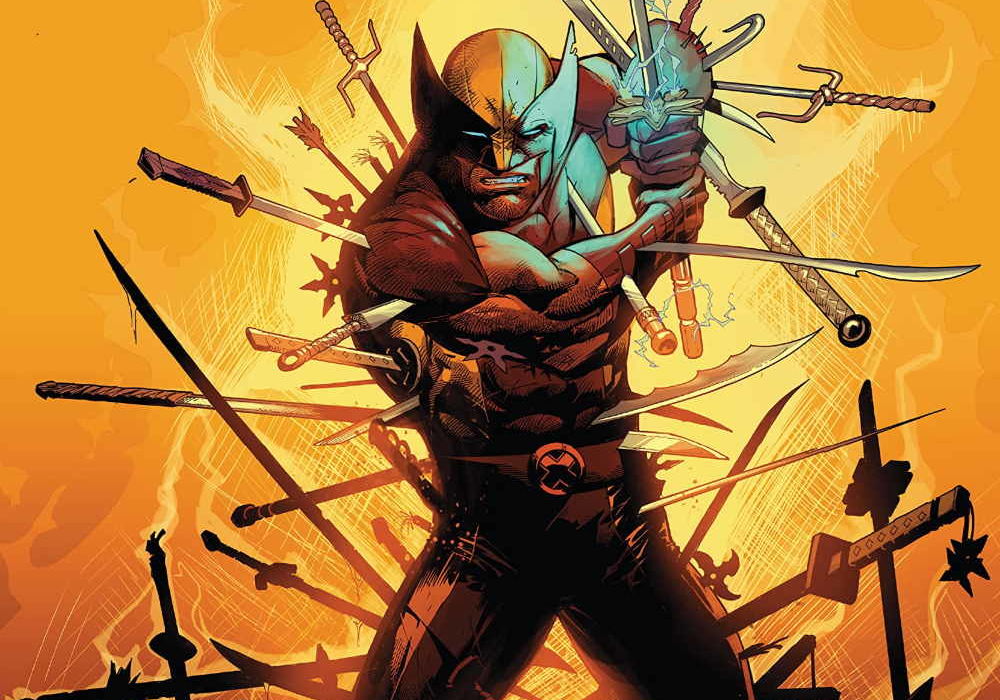 Let’s establish this right out of the gate: this is the best issue of “Wolverine” since the series started back up in the Pax Krakoa. The “X of Swords” event is a blast, and it gives all the X-books a renewed sense of urgency and purpose. Unfortunately, the problems in this book go deeper than the larger story. This is a comic that has struggled to find its voice and now that it has something to say, it is still held back by scripting problems.

I’ve had issues with this “Wolverine” series since it started. It’s not that I doubt Ben Percy’s heart is in the right place- I can think of no contemporary writer who loves the character more. But maybe that’s part of the problem. “X-Men” is in a more exciting place than it has been for years, but Wolverine is doing the same old shit. There was an opportunity to explore his relationship with the new status quo that hasn’t really happened yet. This issue had a conversation where Logan told Krakoa that he would never trust its “big green ass” and that was the closest we’ve come in the series to seeing how Logan feels about the island, its leadership, or any of that stuff.

And that’s coming in an issue where the focus should be on the new conflict: the quest for the swords. This is where Percy’s scripting problems really show. After Logan sets out, we get a page of exposition about the Muramasa blade. Fine. Then we get a fight with the Silver Samurai. Not counting title pages, this is the fifth page of story. The fight is done by page seven. This fight should be the core of the issue’s story! Wolverine wants to find the sword (despite the page of exposition and the data pages, the issue never clearly explains where he last saw it or how it went missing). Silver Samurai knows where it is but he doesn’t want to share- he thinks he should be the one to wield it.

But in this issue, we never get to see Silver Samurai’s inner life! He gets two lines of dialogue. We learn how he’s feeling because Wolverine shouts it at him and I guess we believe Logan. But to sell the stakes of the fight, we need to be given a reason to care about Silver Samurai’s desire to compete in the big sword fight. Why is it so important to him? Maybe the answer lies in a Frank Miller comic from the 80s, but you definitely won’t find it here.

Then the issue transitions to the B plot, which is meant to introduce new bad guy Solem. This is probably the strongest stretch of the issue. New villains are a tough sell but Solem has a look and an attitude. He reminds me of a more swashbuckling Apocalypse. I can get behind that! His long introductory sequence was effective- it took the time to make me care about the character way more than it bothered with Silver Samurai.

Bogdanovic has a kind of old school style that I admit appeals to me. I especially liked two early panels where Wolverine’s eye is a white triangle from a distance, but on the close up you can see his iris and pupil. I love stuff like that, it reminds me of being a kid and reading 90s Jim Lee. But there are places in the script where Bogdanovic could have really picked up some slack and what he delivers is adequate. That Silver Samurai fight in particular feels so perfunctory. Everyone is on model, the posing is pretty dynamic. But none of it has enough impact or kineticism. It looks like snapshots of action when it should have also carried to weight and movement of action!

We end on a cliffhanger of sorts, but one that is very muddled. A caption tells us the story is set “Then. Tokyo.” All of a sudden, Logan is climbing a stormy staircase and then rising out of some lava in what I assume is Hell where he was sent in Jason Aaron’s ‘Wolverine Goes to Hell’ saga. There are hints in the dialogue as to where and when these different scenes are taking place, and I’d bet Percy knows and wrote it all clearly in his script. But those details never make it onto the page. By implication the Tokyo scene, the stormy stairs, the lava pit, are all happening in the same place at the same time. This is a problem Percy is constantly having with his comics. He writes a lot when he should write a little, and then he leaves ambiguity when he should be clear.

All that in mind, this is the most excited I’ve been for “Wolverine” since Percy took over the series. How Logan gets the sword will have bearing on all the X-books. Villains introduced here will go on to menace heroes in other series. But Percy still has a long way to go with his comic scripts. He needs a strong editor to help break him of some bad habits. And he really needs to find a stronger partner than Bogdanovic, who can literally draw what needs to be on the page, but doesn’t do enough to elevate the material. Wolverine is close to finding his sword, but “Wolverine” has a long way to go before it finds its groove.

Final Verdict: 5.0 – A messy script benefits from being tied into an exciting crossover event