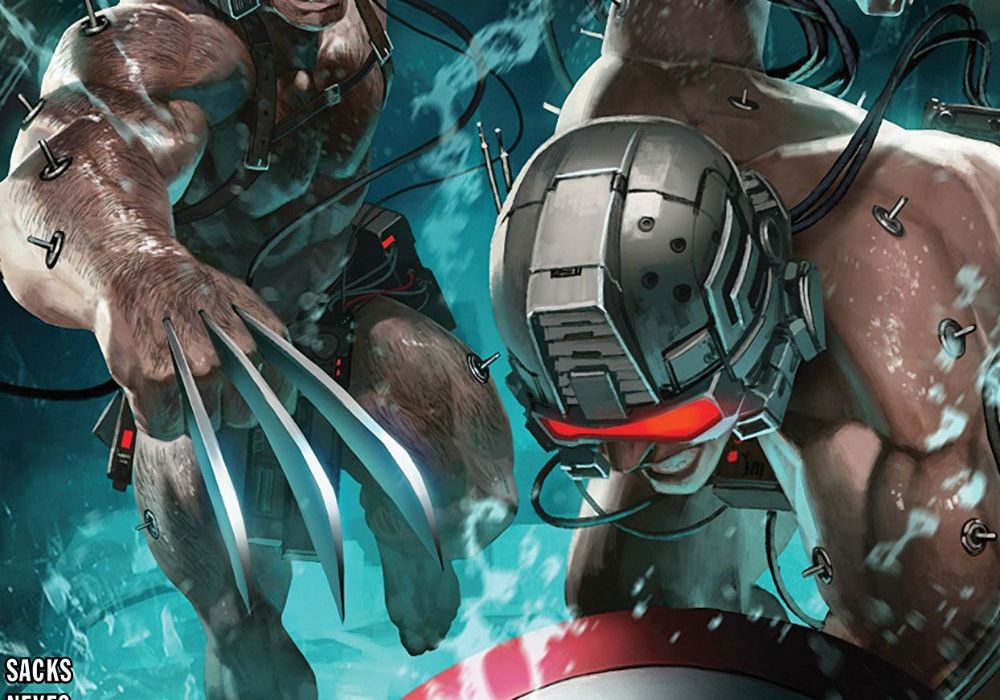 The solicitation promises shocking reveals, but can “Weapon Plus” #1 deliver without spoiling the lore behind its two iconic leads? 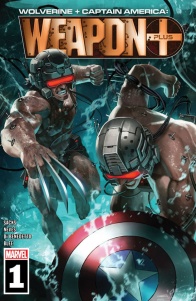 Cover by Skan
Written by Ethan Sacks
Penciled by Diogenes Neves
Inked by Adriano Di Benedetto
Colored by Federico Blee
Lettered by VC’s Joe Sabino
THE SECRET HISTORY BEHIND THEIR ORIGINS REVEALED! In 1940, scientists attempted to make a man into the perfect weapon, a Super-Soldier. They failed and made him a legend instead. Before the turn of the century, they tried again for the tenth time. They failed, making a man into death incarnate. At long last, ETHAN SACKS (OLD MAN HAWKEYE, STAR WARS: GALAXY’S EDGE) and DIOGENES NEVES (GREEN ARROW, DEATHSTROKE) reveals the shadowy connections between Captain America, Wolverine and many more of the Marvel U’s Super-Soldiers…including some surprises! The conspiracy begins here!

“Wolverine & Captain America: Weapon Plus” #1 offers an accessible insight into the connected origin stories of its eponymous characters for readers who may be unfamiliar. The question is: for what purpose? Certainly, this is a fun read but as a one-shot issue with no tidy conclusion it can’t be described as entirely satisfying, particularly because there is no indication of where these loose plot threads are going to be tied up. Still, fans of either (or both) of the titular heroes are likely to enjoy this fresh exploration of their shared history, more so if they have the patience to be unphased by its open ending.

The issue kicks off with a literal bang as Wolverine crashes down onto the streets of New York City in Fantomex’s sentient transport E.V.A, where he quickly partners with Captain America to take down a gang of mysterious attackers. From there, the pair follow a trail of clues that lead them to the heart of an abandoned scientific facility, serving as an effective whistle-stop tour of the Weapon Plus lore thus far while sprinkling in a few intriguing additions. Chief among them is Billy Junger, a Captain America superfan of the 1940s who became embroiled in the program as he attempted to live up to his idol’s lasting legacy.

The character’s story is scattered throughout the issue in the form of brief single page flashbacks, each one taking place decades apart. As such, he can hardly be described as richly developed but he does leave an impression and there’s definite potential for him to grow into an exciting part of the mythos. But the element likely to receive more attention is the reveal that certain famous Marvel faces have previously undisclosed ties to Weapon Plus, the identities of which won’t be revealed in this review partly to avoid spoilers and partly because there’s very little to talk about at this point. Indeed, while it is fun to pick up on references to fan-favourite moments and characters in this issue, it’s a tad disappointing that they don’t carry more weight or substance. The supposed revelations are left so vague as to hardly register, but that doesn’t prevent “Weapon Plus” from being an enjoyable read.

That’s due mostly to the script by Ethan Sacks which doesn’t take itself too seriously. He constructs playful banter between Wolverine and Cap, capitalising on their bond as two of Earth’s elderly heroes, leading to some genuinely amusing lines. However, he does lose some of this creativity in his use of Fantomex. While it’s clear that Sacks has attempted to bestow the character with his trademark arrogance and eccentricity, his appearance here essentially boils down to delivering key plot exposition and little else. Fortunately, he isn’t the focus of the issue and the fast-paced plot prevents this from becoming a major problem.

The art is similarly imperfect, with the illustrations by Diogenes Neves falling apart during the action sequences. The fights between Cap, Wolverine and their numerous adversaries just don’t flow very well and at times feel insufficiently thought out. Characters get thrown into the air or knocked to the ground in ways that don’t always make sense in relation to what they were doing only one panel before. It may sound like a small gripe but it makes these sequences difficult to follow and not particularly engaging. Things don’t improve greatly outside of the action scenes. Body proportions and head shapes tend to fluctuate from page to page, giving the issue a scruffy and rushed look overall. The colors and inks by Federico Blee and Adriano Di Benedetto respectively are competent but are not able to elevate the material. That said, there is some nice letter work by VC’s Joe Sabino who makes the most of the issue’s many noisy set pieces.

Although these flaws hold it a great deal away from perfect, “Weapon Plus” can still be recommended with relative ease to those invested in the ongoing developments of the Marvel Universe. It functions as a serviceable prologue for a much larger story and in this capacity does just enough to tantalise the interests of its readership. It’s an issue that blends moments of light-hearted fun with moments of genuine darkness, fitting considering the shady practices that the Weapon Plus program has built a reputation for. Not to mention, the seeds are sewn for exciting stories to come although the artwork will need to take a step up in order for them to be held in higher regard.

It could be argued that novelty plays its part here and consequently those with little interest in the broader Marvel Universe will enjoy this issue considerably less. It can’t really stand on its own and the hints it drops about future reveals won’t mean anything to people who aren’t actively following these characters.

Final Verdict: 7.3 – “Wolverine & Captain America: Weapon Plus” is worth a look for Marvel fans, but those with muted interest in the premise won’t find much to win them over.