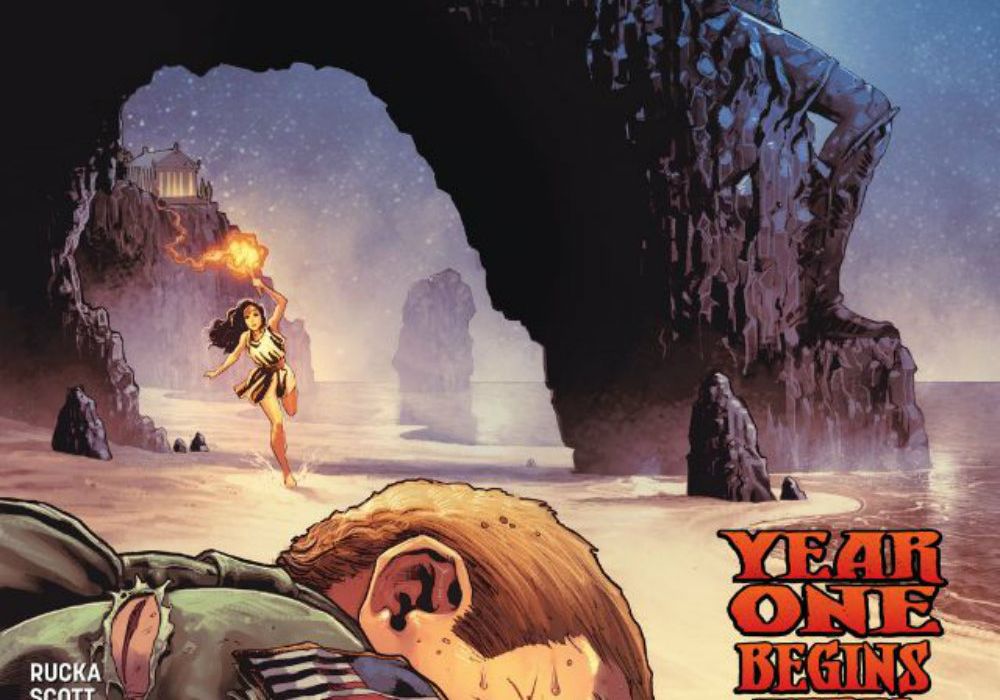 The “Year One” moniker has become a series in and of itself, a more in-continuity version of the “All-Star” or “Earth One” lines. The company sees it as an easy way to deliver another origin story (still one of their favorite things to produce) while creators embrace the challenge of updating these 80-year-old characters for the 21st century. Now, Greg Rucka and Nicola Scott try their hand at delivering a new origin for Wonder Woman, in essentially the only creative use of the company’s double-shipping policy. 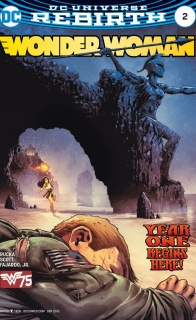 In an industry where characters are never allowed to grow and change in order to protect the company’s intellectual property, it seems the only way these superhero craftsmen can show growth or change or characterization is to go back to beginning and document how these characters became our favorite heroes. The “Year One” titles offer creators a lot of leeway. The characters are allowed to make mistakes and allowed to be imperfect. As a result, they’re actually able to be relatable and empathetic. In the best of these books, the stakes are never world-shattering; instead, they’re more personal, more willing to confront the characters’ shortcomings and fears.

For ‘Wonder Woman: Year One,’ starting in “Wonder Woman” #2 and continuing through the even-numbered issues of the series, Greg Rucka and Nicola Scott craft a solid and engaging narrative. It doesn’t offer anything new (even with more freedom, these are still, after all, mainstream corporately-owned superhero comics), but nevertheless maintains a constant spirit, tone, and respect for the material. Although Rucka and Scott cover a lot of ground — years pass, in fact! — the story never feels rushed, clogged, or overloaded.

It helps that Rucka and Scott trust you already have some familiarity with the source material. They touch on some of the significant moments in a series of montage sequences. Scott makes a lot of use of the gutters and negative space to imply there’s so much going on beyond what we’re seeing. They share a nice instinct for when to slow down and let a scene develop, choosing to focus more on how incidents influence a character — Diana saying she’ll go shoot arrows with her mother rather than with the Queen; Steve Trevor watching as his best friend builds a family — and it gets you more invested in the material.

I also appreciate the lengths Rucka and Scott go to link Steve and Diana’s pasts together. Steve, now a Navy SEAL instead of an Air Force pilot (which allows Scott ample opportunity to draw him in her signature beefcake style), and Diana are both lonely, isolated from the rest of their communities, thinking there’s more out of the world. Scott draws both of them, on several occasions, with the Spielberg Face. There’s a wonderful sequence around the middle of the book, probably the best part of “Wonder Woman” #2, where Rucka and Scott cut back and forth between Steve and Diana growing up. If ‘Wonder Woman: Year One’ does anything better than the other recent origin reboots DC’s commissioned for Diana, it’s establishing Steve Trevor as a more well-rounded character.

Unfortunately, “Wonder Woman” #2 covers a lot of the same ground as Renae De Liz’s masterful “The Legend of Wonder Woman.” And it’s never as assured or confident or as spellbinding to look at as the De Liz series. It also follows Grant Morrison and Yanick Paquette’s unhinged and outlandish, “Wonder Woman: Earth One,” and though this one’s far less divisive, it doesn’t reach the same levels of imagination. All three books — released so closely together they’re begging for comparison — cover the same ground, and while ‘Wonder Woman: Year One’ may be more in-continuity than “The Legend of Wonder Woman” or more welcoming than “Wonder Woman: Earth One,” it lacks the same levels of personality. It’s a really well-done in-house book.

At least with this first chapter, ‘Wonder Woman: Year One’ has already proven stronger than ‘Wonder Woman: The Lies’. The imagery’s clearer, the art feels more lively. Scott has a representative style, but it doesn’t feel as grungy or cluttered or Jim Lee-y as the typical DC superhero book. Rucka’s narrative tics are better suited for the scope and ambition of the material, and although it feels looser and is cut together like a montage, it seems tighter and more confident than its counterpart story. It’s an story we’ve seen a dozen times, it’s told well enough here to be engaging and interesting. It’s also one of the stronger “Year One” debuts.

Final Verdict: 8.0 – While it never reaches the heights of recent Wonder Woman origin stories like “The Legend of Wonder Woman,” “Wonder Woman” #2, ‘Wonder Woman: Year One’ delivers an engaging narrative respectful of the source material.