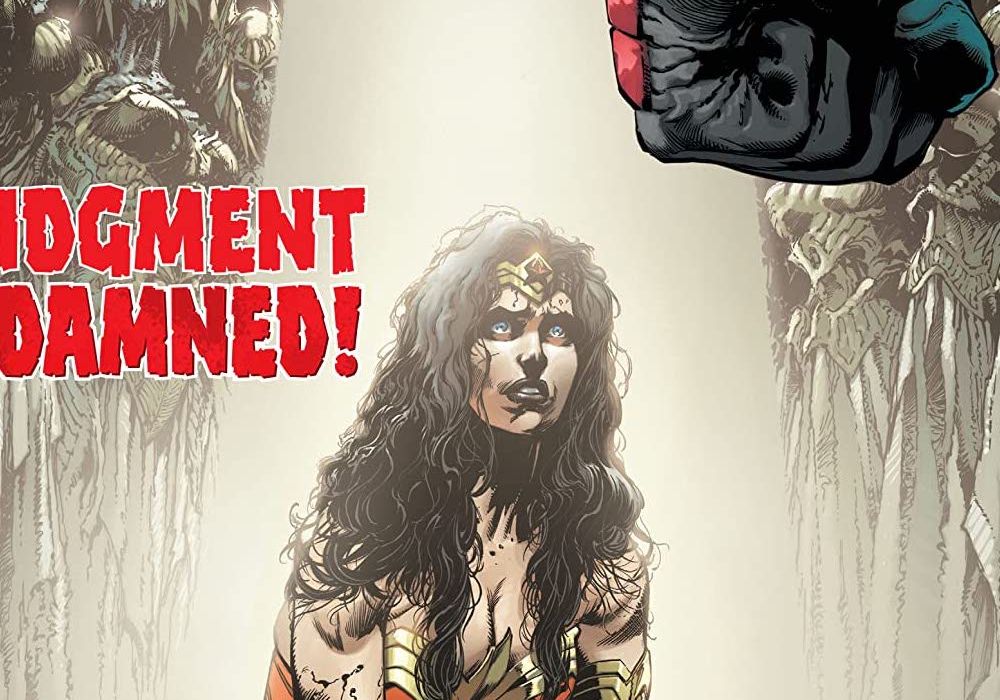 Author G. Willow Wilson was in the middle of a story-arc when her run on “Wonder Woman” came to an abrupt ending. DC writer Steve Orlando was quickly assigned to the title and took over in issue #82. Orlando continued the previous plot threads seeded by Wilson and continued using the same villains. Now the title is at a massive turning point with Orlando finally getting the chance to debut a new storyline focused on the return of the villainous Warmaster from “Wonder Woman Annual” #3. “Wonder Woman” #755 is a huge chance for this creative team to leave their make on the character. 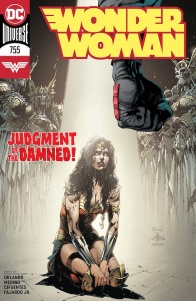 “The Four Horsewomen” part one! Paula Von Gunther, a.k.a. Warmaster, has assembled her four horsewomen…and now she’s out for Wonder Woman’s blood! Plus, Diana is put on trial for the sins of the Amazons! Is it all just lies, or is there really a horrible secret the Amazons have kept from their own champion?

While there are solid and interesting aspects of author Steve Orlando’s “Wonder Woman” run, it is difficult to digest the run outside of the context of G. Willow Wilson’s run. Wilson’s run was more adventurous and multifaceted than some of the content the current creative team has generated this far. “Wonder Woman” #755 is an incredibly important issue of the run that is finally pitting Diana Prince against Orlando’s big bad, Warmaster. Orlando previously crafted the Wonder Woman foe into a villain with a tragic backstory. While I appreciate where Orlando’s script is coming from, it is difficult to not want more from this particular issue.

The emotionally potent part of this issue that is really meant to land is Helen’s debut as Warmaster to Wonder Woman. This meeting should be epic and worthy of applause but comes off as tedious and full of contrived conflict. Instead of reading like an epic conclusion to a story issues in the making, Orlando’s conflict barely simmers until the final few pages. Worse still, Orlando just came off of a huge Cheetah storyline that carries over a lot of the same elements. Somebody close to Diana has had a change of heart and hurts Diana emotionally. On paper, this is an interesting approach to conflict but ill-timed and executed within the actual script.

Arguably the best aspect of the issue is the impressive set of pencils from Jesus Merino. Merino’s slick lines and confident expressions are a great fit for “Wonder Woman” and classic DC comic books. This issue is littered with brightly colored costumes from the Four Horsewoman of Warmaster to Donna Troy. Under Merino’s artistic expressions, the art reaches a level of quality that surpasses the script. The issue features great page layouts that change the direction of the book. Also, the expressions of each character help offset some of the details lacking on the page.

Merino draws big expressions and characters but leaves negative space in some cases. The issue manages to impress with the lack of detail thanks to Merino’s great eye for design. The scripting and artistic choice to not have the characters in full costume brings out some of the vulnerability in the heroes. Diana’s plain-clothes fight with Warmaster makes her look out of place. This choice is an inspired way to show the different mindsets of the two characters in a subconscious way.

It’s curious to note that DC just announced that author Mariko Tamaki and artist Mikel Janin were announced as the new “Wonder Woman” creative team. The duo appears to have a new story for Diana as well. Orlando and the company only have a few issues left to wrap up their storyline and run on the issue before the sun sets on their run. While Warmaster could be explored in future storylines in a different context, it would have been great to see some of the more personal interactions that defined Helen’s relationship with Diana.

The script for “Wonder Woman” #755 has a difficult job making the stakes of the issue high despite the large cost for Diana. Some of the blame lies with the dialogue. Diana makes statements of shock and awe when she discovers Helen’s new status quo that doesn’t flesh out the story or their relationship. Orlando’s script tells readers why they should care by the way he recaps plot events from “Wonder Woman Annual” #3 but it doesn’t show why they should be invested in the story.

For huge fans of “Wonder Woman” there is still some good in these pages. The opening sequence carries some urgency and introduces the threat of the issue well. Diana’s exchange with Nora does a good job building up the tension until Warmaster’s portion of the issue deflates it. While the story starts well, the cliffhanger and final page of the issue is incredibly forced. Warmaster escalates her plan and the tension of the comic nearly resolves itself until the last few panels.

I can’t help but wonder (forgive the pun) what a proper Steve Orlando and Jesus Merino run of the title would look like. The team was brought in as pinch hitters who had to resolve the previous plot threads before handing the rest of the title off to someone else. Orlando’s previous run on “Wonder Woman” with Laura Braga and ACO achieved an enormous level of quality this run has only aspired to carry. I hope Orlando can find the emotional truth behind Helen’s villainous turn before the arc’s final pages.