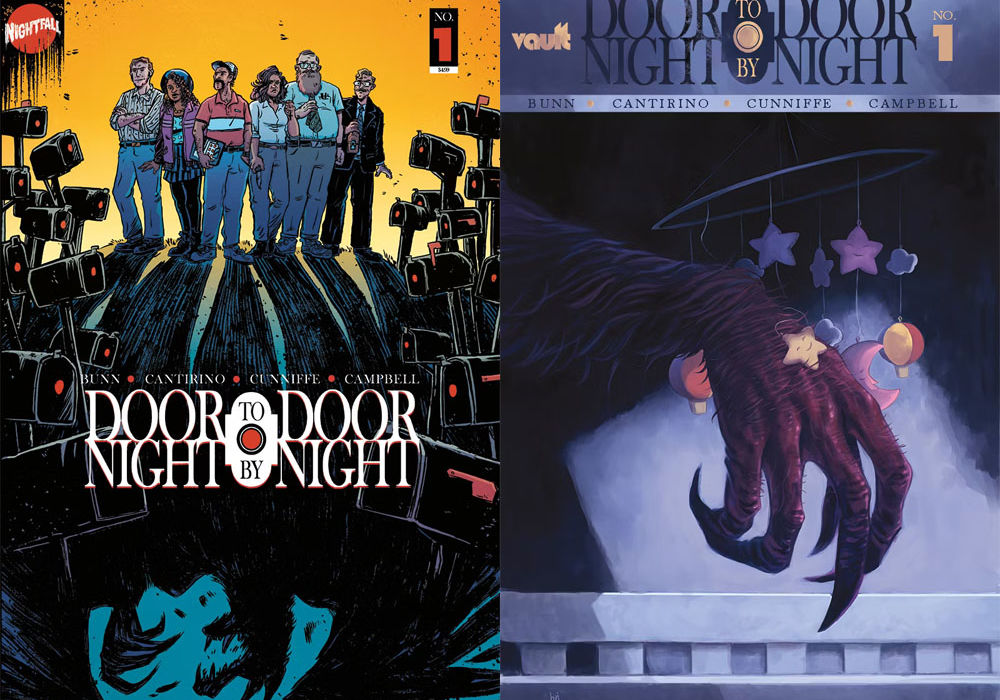 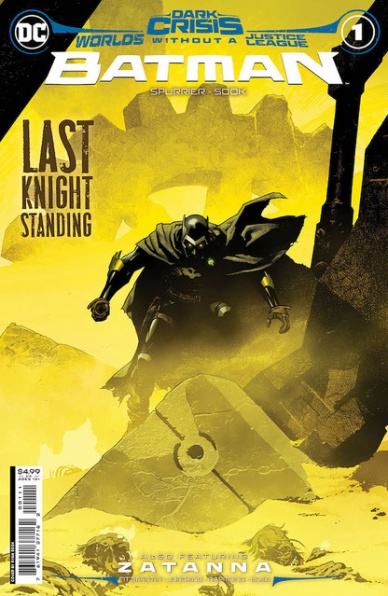 The ‘Worlds Without a Justice League’ one-shots for ‘Dark Crisis on Infinite Earths’ are a bit hit or miss. Either they easily sell a place without other heroes, or they fall flat. Thankfully, this one for Batman works rather well, with Simon Spurrier creating not just a story fit to an ongoing event miniseries, but one that could also function as a one-shot adventure in its own right. The twists and turns, while somewhat predictable, are just intriguing enough to entice readers, with the focus not on the action, but the mystery.

Ryan Sook performs double duty on the story, working on the illustrations and the colors both. The result is a tightly defined, highly detailed world with an intriguing dichotomy of light and dark. Bright white contrasts against borderline fiendish yellows and blacks, with overtly, almost intrusively calming blues working in to make the situation appear deliberately, intentionally uncanny.

The Zatanna backup story, ‘Time’s Up,’ by Meghan Fitzmartin is a bit harder to take as its own thing. On the surface, it seems interesting, a way of showing someone desperate to control her circumstances, to spend as much time with her father as she can. But in practice, it ties itself much more tightly to the general ‘Dark Crisis’ event itself. It is not a bad story, but it is harder to just jump into comparatively blind, especially as there is an odd jump from the main story to the backup without in-book explanation.

Dan Jurgens and Norm Rapmund do a marvelous job with the artwork on the backup, showcasing Zatanna designs throughout the ages along with many mystical effects. The overall result is one of emphasizing her as powerful in her own right, but helpless against the flow of time itself.

Similarly, Federico Blee’s colors are fantastic in various senses of the word, beautifully illustrating the possibilities of magic even without overt utilization of the magician’s backward-speaking powers. The hues seem borderline cosmic and reality-bending, adding a lot to the power of the character despite her helplessness against her supposed foe.

Final Verdict: 7.0– An interesting one-shot that could easily fit outside of the event it branches from is sadly held back somewhat by a slightly more disjointed backup tale. 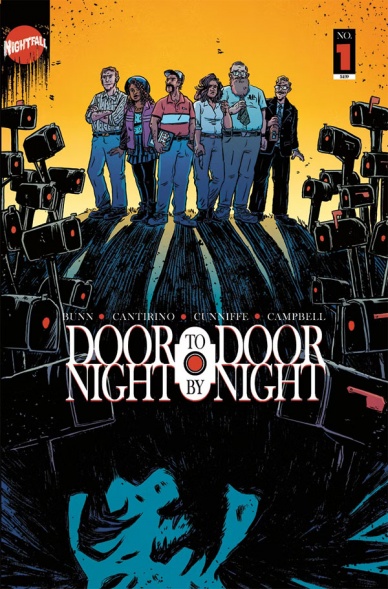 Cullen Bunn starts his latest horror series with a mash-up of familiar tropes, such as the mysterious loner and strange group of people ranging in age, gender, and questionable pasts. In this opening issue, none of the characters are easily identifiable as good or bad, and they’re all broken in their ways that we get a quick glimpse into mid-way. It’s a good tactic as a writer because he makes them all worthy of redemption and, in some way, may be looking to take that step. The reader gets the impression that this is a revenge story from the mysterious stranger, Maxine, but it’s more of a quest for stopping evil, given her tragedy of losing her daughter. Bunn also does an excellent job of throwing the reader right into the action for the final act of the issue by throwing this rag-tag team into a house with a bizarre demon they all attempt to fight in their way. The fact that there is a van full of characters also gives Bunn plenty to choose from, storyline-wise, about where he wants “Door to Door” to go and the feelings they may have about trying to fight demons from town-to-town.

Sally Cantirino’s art style enhances this story by using shaky linework to create this unsettling vibe that resonates throughout the issue. Cantirino does a solid job of creating realistic-looking characters that aren’t solely focused on muscles and abs but more grounded in reality with curves, bruises, and mangy-looking facial hair. Cantirino doesn’t skimp on her attention to detail, whether it be the wings of the wolf-like demon in the final act or any of the backgrounds, such as the bar where they all hang out. Dee Cunniffe works well with Cantirino’s art by using natural light in this small midwestern town vibe. There’s one page where the readers get a glimpse into Maxine’s past, and it’s a flash of red, similar to blood, as her daughter is being ripped from her mixed with a small panel of the house where she’ll ultimately find the demon. Her usage of red doesn’t take the reader fully out of the moment but still showcases the significance of her past.

Final Verdict: 8.0 – This may fall into the horror category, but Bunn has created plenty of drama from the characters to move in any direction. 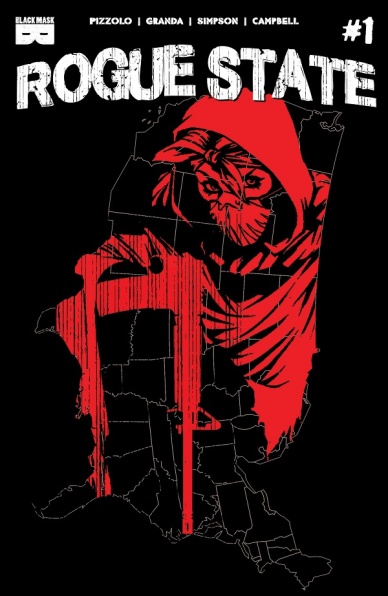 “Rogue State” has a great premise but man is it a tough read. The idea that a presidential election with contested results and sufficient buy-in from the loser’s supporters and a right wing media apparatus might plunge the country into instability is clearly ripe of exploration. Setting that story well into the spiral into chaos, with militias being empowered all over the country and a small band of rebels working to stop them is smart. The conflict is realistic in origin making it easy to latch onto but the story itself is more out there and creative. One would imagine the fact that this supersized issue would more than allow for solid world-building, character exploration, and situating us well in the story. What we get is an utter mess.

There are many pages in “Rogue State” #1 but moments of substance are few and far between and quality is almost always lacking. We spend a baffling amount of time on Clara hanging off of a building; sure, that scene is meant to tell us how this world functions but honestly, Marshall law and militia rule aren’t that complicated and we get little to no actual texture from this world in the first quarter or so of the issue. The flashback to the early days of lockdown is better from a world building standpoint but it totally falls flat in its tone, managing to feel like it was written by a college sophomore majoring in philosophy in the late 90s. That same oddly dated perspective is present throughout the rest of this issue. We’re whisked through areas in a dystopian San Francisco that feel of a piece with a lot of old pieces of political art that try hard to be edgy and interesting but fall flat instead. I’d say it’s distracting from the story but that story is so deeply uninteresting that thinking about the weird tone is actually a relief. Things get more interesting and well paced as we’re introduced to Olivia Jones and explore more of the actual political climate that produced this situation and see some actual revolutionary actions take place.

But ultimately, Pizzolo isn’t nearly up to the task here. He undercuts what could be interesting ideas about the world with an utter lack of ability to write about complex things. His attempts at satire are both unfunny and uninteresting. Sure, fascism is delivered in an absurd package but not quite as blatantly comical as the one presented here. He fails to walk the tightrope between that and the more dramatic narrative that actually dominates “Rogue State” #1. Worse yet, the dramatic narrative totally stinks! Revolutionary spirit is fascinating and thrilling but there’s an utter lack of tension here, even when the Golden Gate Bridge is literally blown up. If you can’t make that feels seismic or even intriguing, you’re doing a lot wrong.

The artwork his absolutely no help throughout “Rogue State” #1. From the first panel of the first page, nothing feels right. Character’s proportions are wildly off but not in a way that feels stylistic. Faces are awful to look at and a mix of poor rendering of environments and boring coloring makes the world feel lifeless and flat. There are two major moments that need to work for any of “Rogue State” #1 to work. First, seeing the state-sanctioned militia, which should be terrifying and awe-inspiring in the worst way. Instead it’s totally generic. Second, the attack on the Golden Gate Bridge, which should have the same impact and whose buildup should fill readers with dread and excitement all at once. That, too inspires nothing. Even the action that we see feels totally lifeless.

“Rogue State” #1 is a real bummer. When a premise is this promising, even a modicum of followthrough would lead to some success. Instead, the issue fails to deliver on almost any level.

Final Verdict: 4.9 – A solid premise and some good ideas are betrayed by an utter lack of followthrough. 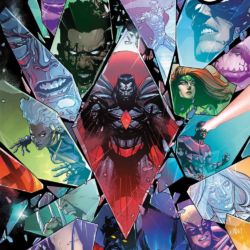 Wrapping Wednesday: Micro Reviews for the Week of 1/22/23 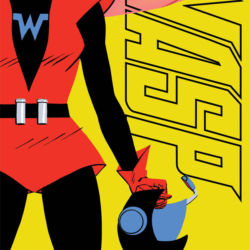 Wrapping Wednesday: Micro Reviews for the Week of 1/18/23 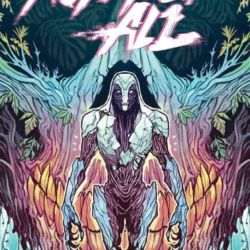 Wrapping Wednesday: Micro Reviews for the Week of 1/11/23