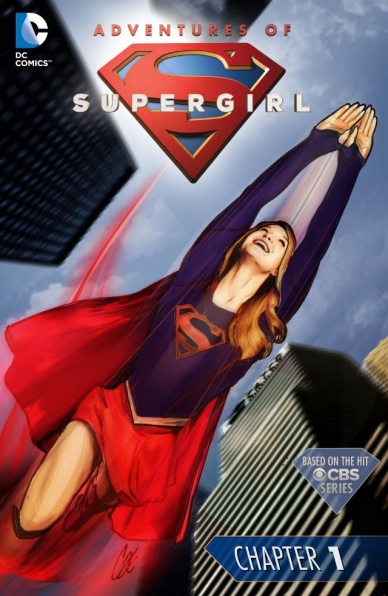 A few months ago, the digital “Adventures of Supergirl” started, and now we are getting the printed edition, which collects three digital chapters per issue. These stories take place in the world of the Supergirl television series, and Gates and Bengal do a really nice job integrating the feel of the show, both visually and tonally, into the story.

This first arc introduces Rampage, a John Byrne creation, who could easily be a villain on Supergirl next season, and the show ties her origin into Kara’s. The creators brings just about every character from the D.E.O. side of Kara’s life into the issue. The issue feels slightly lopsided compared to the show, however, due to the lack of CatCo. characters. That part of the show often brings the more human side of Kara into focus, and Melissa Benoist’s performance often shines in those scenes. The issue attempts to bring some of the humor and heart of the CatCo. scenes into the battlefield, with mixed, but mainly positive results.

Begnal’s art is kinetic and fun, and brings a carefree approach to the book. More carefree than the show, in many ways, but I like how it emphasizes Kara’s youth. He and Gates also manage to do a nice job of showing us Kara’s internal monologue, which the show rarely gets to, understandably. There’s a nice moment where Kara is attempting to catch Alex as she’s thrown by Rampage, and she has to calculate the correct way to catch her without killing her/giving her whiplash. It was a really nice moment in the book, as it gave us a better idea of what Kara’s mind is like when engaged in battle.

The one – very small – complaint with the book is that it sort of muddles the mythology of the show, which I personally don’t care at all about. However, this series, in many ways, is aimed at the fans of the show, for whom that is the only mythology there is. So, having Alex refer to Supergirl as her sister in front of D.E.O. Agents seems a little out of place. Like I said, for me, continuity discrepancies don’t really get me down, but I could see a fan of the show being a little confused. If DC is trying to court those fans, a little extra attention to detail might be a nice thing.

Final Verdict: 7.0 – A nice start to, what is currently, the only Supergirl book on the stands. 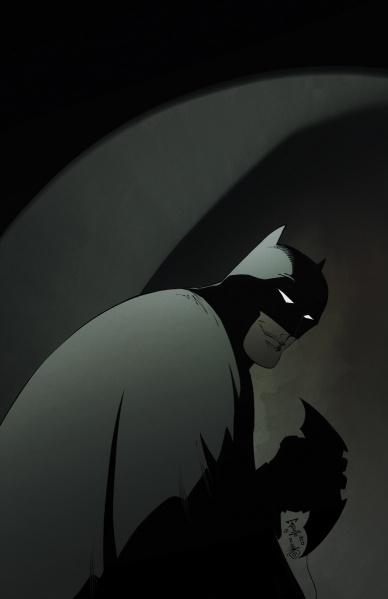 With ‘Rebirth’ right around the corner and Scott Snyder and Greg Capullo having wrapped up their run on “Batman” last month, there was still an outstanding issue to tie up the Caped Crusader’s time in the New 52. James Tynion IV and Riley Rossmo tackle that final issue, and, for what it’s worth, this is a pretty enjoyable issue. It’s not quite the big farewell to a beloved era of bat-comics (that was last month), but it’s a surprisingly solid single issue story.

Sure, this story tackles something that pretty much every every writer in comics has touched on at this point – Bruce Wayne needing to cope with the grief of losing his parents – and this issue doesn’t exactly reinvent the wheel or anything, but what Tynion and Rossmo do with the material makes it worth a read, at least. Perhaps the biggest draw here is Riley Rossmo illustrating Batman and he’s perhaps the best part of the issue. His artwork is relatively subdued to fit with the established Bat-verse, but still distinctly Rossmo and he gets in some really interesting sequences in just one issue.

It does feel strange that Snyder & Capullo wrapped up their run leaving this issue to sit awkwardly between their grand finale and the switch over to Rebirth, but Tynion and Rossmo turned it around to make an enjoyable if somewhat basic Batman story.

Final Verdict: 6.5 – There’s definitely been much worse Batman stories out there and this may be a lackluster send off to Batman compared to last month’s issue, but it’s still an enjoyable read. 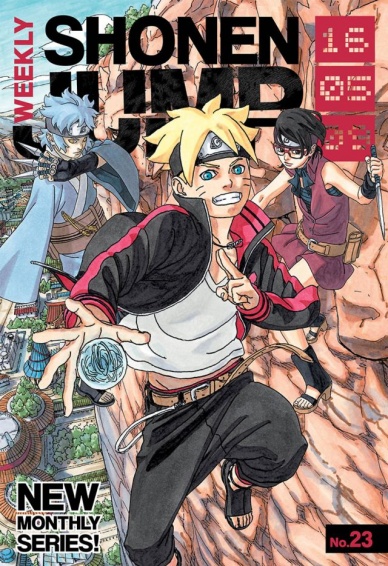 “What?!” you’re probably going. “Why are you reviewing this?!” Well, to put it simply: “Naruto” was a part of my manga-discovering experience as a teen and I do respect it even if it had some serious crap parts to it. So, with the debut of this “next generation” series, I thought it would be a good time to take another look.

“Next generation” series always interest me because — like Star Wars: The Force Awakens –– they’re kind of the antithesis of reboots. And “antithesis” is really a key word as Kodachi tries to establish our central character, Boruto Uzumaki, son of previous protagonist Naruto and Hinata Hyuga. While at first glance he appears to be a chip off his old man’s block, there are some key differences to Boruto (one aspect that is highlighted very well is that Naruto grew up without family whereas Boruto had a mom, dad and little sister, as such their expectations are very different). Kodachi also reestablishes the village of Konoha and shows how technology has moved on in the time that has passed. That being said, being a pilot, Boruto gets the lion’s share of character work (with little tidbits from his teammates Sarada and Mitsuki) and it does throw a lot of information at you very quickly.

Mikio Ikemoto, who was an art assistant on “Naruto”, does a good job in emulating Kishimoto’s style. That’s good to help the transition from the old series to this new one, and I do see the makings of a more unique style (Ikemoto’s faces seem a bit smoother than Kishimoto’s at least). There is a simplicity to bits of combat we get and character expression, but perhaps for the best for a beginning.

A lot of the book is potential right now. It’s a new generation and it will take time to get truly going. For $.99 on comixology monthly, it certainly worth a try.

Final Verdict: 6.0- While a bit crammed with information, there is potential for this book. 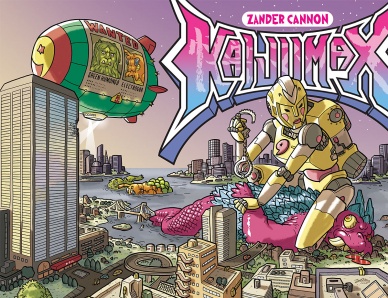 And so we return to the bizarre alternate universe that is Zander Cannon’s “Kaijumax.” At the end of the last series, our protagonist, Electrogor, escaped Kaijumax Prison with another inmate, Green Humongo, and now they’re on the run. Together they head back into the city to crash with an old accomplice of Green Humongo, a monster who once spent a great deal of time in prison but now struggles to adjust to the wider world. Meanwhile, a new cop is patrolling the streets (we only see their scenes through a first person point-of-view) while a certain former guard is drinking themselves to oblivion.

Cannon tackles a lot of big issues with “Kaijumax.” Of course, the nature of the book means that a lot of stuff about incarceration, racism, and systematic oppression are clear and present. But, now that these guys are out in the real world, we can see the way society stacks the deck against them. A monster is cornered and patted down on the street for no reason as he’s returning home from work. A patrol officer in Cannon’s jaeger/Ultraman police force drops casually derogatory to his partner, whom I’m guessing is probably a kaiju of some kind. (Their brother is in Kaijumax Prison, so….) Reading this, I’m reminded of a line from Titus Andromodon in Kimmy Schmidt: “I got treated better as a werewold than I ever did as black man.” Cannon reflects a lot of the current climate back at us in “Kaijumax.” But that’s also sort of what monster movies have always done.

He also gives himself a chance to expand his cartooning in Season Two. So much more of the story takes place in a city instead of the secluded island, so we’re really given a strong sense of scale. These are lumbering, awkward creatures, and Cannon captures that so well here, as they stomp along and try to cause the minimum amount of property damage. His coloring (with Jason Fisher) has also evolved considerably since the first series. The book retains a bright, almost flat palette, but he’s grown more confident with shadows and sky gradients that it helps sell the mood.

“Kaijumax Season Two” #1 feels a lot more serious than the start of the first season, but Cannon’s allowing the story to go in darker, bleaker directions. There’s an authenticity to the narrative for it. Still, the book isn’t without humor, great designs, and plenty of Easter Eggs for any kaiju fan. Cannon’s tongue might still be lodged in his cheek, but maybe not as firmly as it was once before.