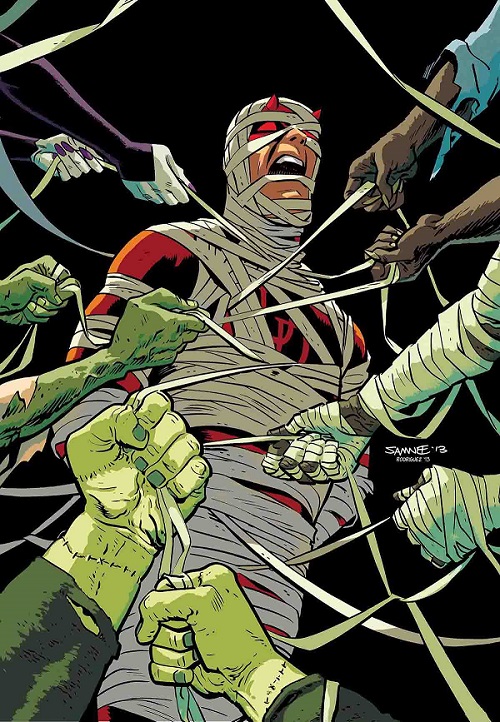 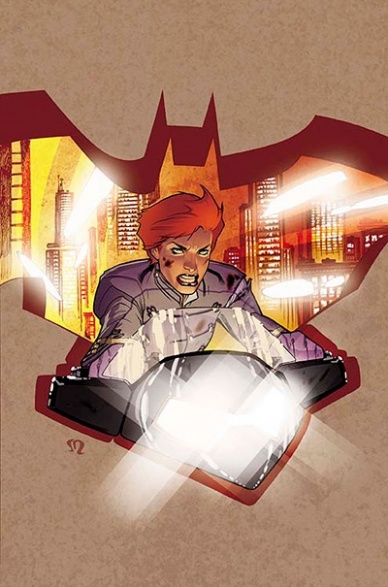 This book is representative of all the failings of the New 52 as a whole. I don’t mean to be dramatic, but this comic is so rife with problems and it can be tracked back to a variety of issues that have troubled readers with their New 52 experience so far. Let’s go bit by bit.

– The Bat Books seemingly continue the world that existed before the New 52, yet this comic is a poor return to a time in Kate Kane’s life that was so poignantly visited by Greg Rucka and JH Williams III previously.

– It’s a completely unnecessary story that is shoehorned in to fit the Zero Year initiative that frankly makes very little sense (other books very superfluously partake in a Batman “event”?)

– Marc Andreyko, a very good writer, is forced into a position to write a story that isn’t his as his introduction to the book.

– It exists in the place of a story that JH Williams III and W. Haden Blackman were going to tell to likely wrap their story up, but instead were willed out by DC’s strange editorial decisions.

– THERE ARE SIX FREAKING ARTISTS ON THIS ONE ISSUE! (note: with no real obvious NEED for six artists)

Beyond that, it’s simply not a good comic. I do think that Marc Andreyko and Jeremy Haun can do very good things on this book, but because of its nature and because of the quality of this issue that introduced Andreyko to many Batwoman readers, they may be screwed from the start. It’s a damn shame, just like much of what has complicated DC’s recent history.

Final Verdict: 3.0 – This is one of the most multi-faceted disappointments of a comic I’ve read in a long time 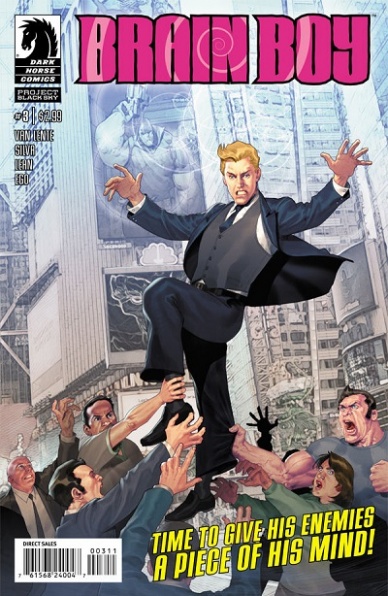 Dark Horse’s superhero line has been all about updating old fashioned heroes to the modern age, and so far, their efforts have been pretty spectacular. “Brain Boy” has been a perfect example of this – corny name, predictable powers, turned into something interesting and special by Van Lente and Silva. Silva’s art, which some of you might recognize from the also telekinesis-heavy early issues of the current iteration of “Superboy,” strikes a nice balance of mechanical/technical and natural, highlighting how Price’s powers are both intrinsic to him, but foreign to the world. In this issue, Van Lente reveals about 10 different twists, all of which work, although it leaves the book feeling a little heavier than it probably should. There is a lot of good here, and with a little pruning, this title could become great. 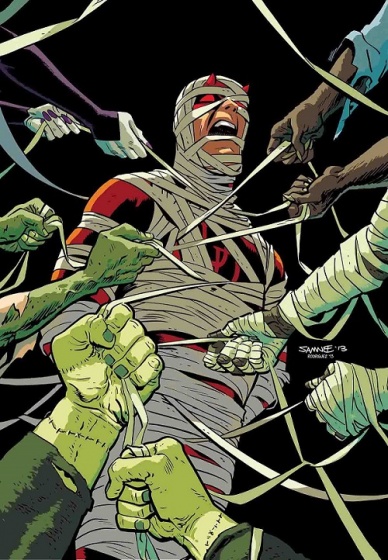 As Waid’s run on Daredevil runs down, he’s going into some really out there territory for Murdock. Namely, the team up with The Monster Squad in this month’s issue and, true to form, he takes a ridiculous idea and turns it into one of the most powerful issues of the series. Well, sort of. The monsters are more of a set piece, as the best moment comes from Murdock’s confrontation with a Son of the Serpent. Without going into spoilers, it’s fierce especially in the furious way Copland draws it. Though the monsters may be more of a distraction than a huge part of the story, this is still another strong issue in a soon to be missed series. 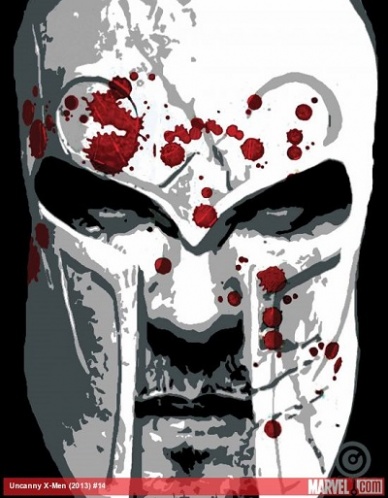 First of all, that is one great cover from Chris Bachalo. In general, “Uncanny X-Men” has been at its best when it’s not about the team bumping up against the X-Men they’ve been cast away from. Unfortunately, that’s been the case about 50% of this series’ run so far. Thankfully, this issue gets back to the heart of things: new mutants becoming new “students” and getting into (read: being coerced into) awkward situations.

This may be Bachalo’s best issue of Bendis-penned X-Men too, as new design-work peppers the pages and he finds ways to keep the conversational panels as dynamic as the word play.

So now the only issue remains that we’re 14 issues into Bendis’ run and don’t have anything but internal conflict to show for it, really. There’s a lot to like about all of these books, but an entire rich side of the X-Men to explore that simply hasn’t been introduced yet: the villains. Decompression has always been Bendis’ game. You know that going in.