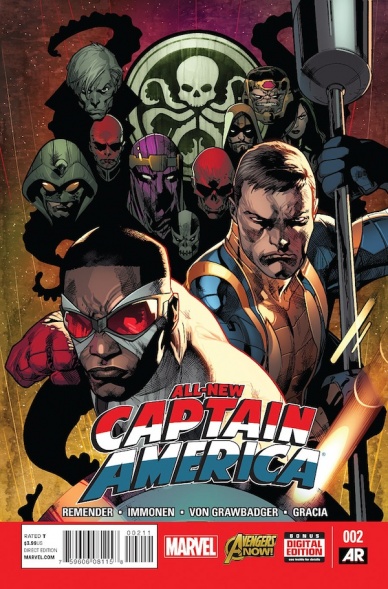 Rick Rememder is becoming a broken record at this point, filtering nearly everything he writes through the father/son lens. Does the familial angle draw more drama out of the proceedings? Absolutely – however, the story is so full of twists and turns that it would still be full of plenty of interesting twists and turns without having to cram in a dead dad.

Speaking of twists and turns, aside from a mystery guest star, a double cross of the hostage, and the shocking final page, the book is more or less empty. Honestly, it seems like each page or two features a “shocking” moment, which both leads to a fun book and one that feels exhausting. When those moments hit, the book soars (no pun intended) – when they don’t, it feels bogged down.

Immonen’s art is on point here – so much of the issue is full of movement, and movement in interesting and crowded settings. Immonen never loses sight of the main story, but peppers each scene with truly gorgeous backgrounds, and allows the world to feel alive and very much dangerous.

But back to that last page – if what appears to have happened actually happened, then Remender has really doubled down on making this book “count” in ways that are rarely done in second issues. We will see.

Final Verdict: 6.8 – A somewhat jumbled book with some transcendent moments. 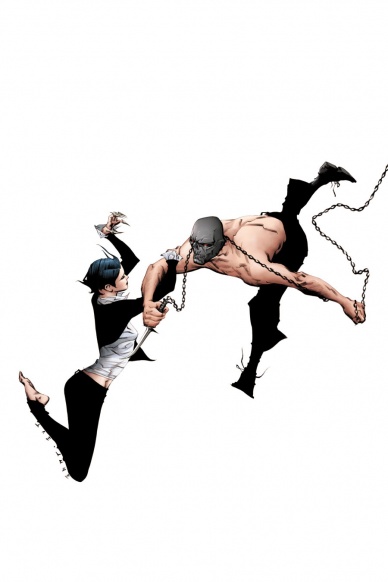 Of all the characters reinvigorated this year, Selina Kyle is easily the biggest success. Her life now is The Godfather. Gone are the days where she could run rooftops and play flirtatious games with Batman. She’s now the most powerful woman of Gotham’s underground. Valentine has wasted no time getting Selina Kyle to the darkest place possible. “Catwoman” #37 is effectively tragic because of what she’s forced to do. It’s something you can’t come back from and I believe it’s changing the character for the best. Years from now I think we’re all going to be referring back to this run as a defining moment for Catwoman. The bigger story is a slow burn but like all good crime stories, it’s what keeps it interesting. Garry Brown’s art is solid. I love the gritty texture. The backgrounds are not super detailed but in a sense it keeps the focus on the characters and their facial expressions. Crime and mafia stories are totally reliant on the characters’ actions and motivations so the style makes sense. “Catwoman” #37 is a winner and this story so far is almost perfect.

Final Verdict: 8.3 – “Catwoman” has not been this good in years 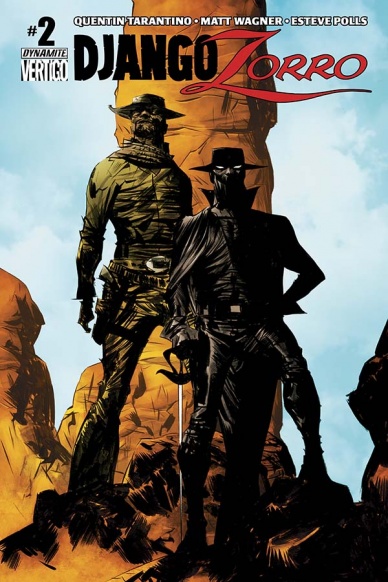 I’m going to be totally honest here and admit that the only reason I picked up this miniseries at all was because of Django. Django Unchained is one of my favorite Tarantino movies. If anything, I needed to see if Django would be characterized correctly and still be a bad ass. Fortunately for me he still is and I’m sure much of that is because of Tarantino’s involvement with the story. The first issue of “Django/Zorro” was full of action and a great meet up between the two characters. This month’s issue is a bit slower and spends most of its time giving us backstory of this mini’s big bad. While it’s not bad information and told in a nice straightforward way, it does go on for too long. The entire issue is this backstory. With six issues to tell the whole story, it works only to give us the villain’s origin. It does run the risk of eventually feeling like a filler issue when the whole thing is said and done because the conflict isn’t as deep as I hoped. The art leaves a little to be desired as it doesn’t look too different from what most Dynamite books look like. I don’t feel like I know the artist’s style well enough and that’s unfortunate. “Django/Zorro” still has a lot of potential but this issue, which is nothing but backstory, ultimately falls flat. 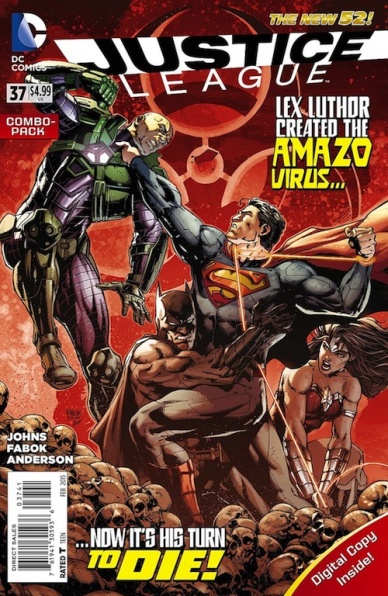 The Justice Lex era has brought out the best in Geoff Johns as a writer, and this issue does a fantastic job of showing the duality in Luthor – he wants to save the world, but his ego is such that you get the feeling that destroying everything would be a fair consolation prize. The scene with his sister was a masterful piece of character work, giving the full range of Luthor in one scene. Elsewhere, we got a nice facsimile of a classic “World’s Finest” issue, with Batman and Superman stalking out patient zero, with a little Wonder Woman thrown in for good measure.

Jason Fabok is adjusting well to this new gig, giving the characters a truly classic look, while retaining his ‘more refined David Finch’ profile reasonably well. There is one shot of Superman flying skyward that looks as classic as anything we’ve seen in the New 52 so far, but doesn’t seem to be purely a nostalgic panel. The one knock of Fabok is that he can sometimes get a little static with his imagery, but he is still so young, and improving so much, that it doesn’t seem like that will be a problem for long.

The issue ends on a nice cliffhanger, and sets the stakes even higher for the rest of the arc. “Justice League” was supposed to be the flagship book of the New 52, and it never quite lived up to that role, but lately it has felt like something close to that.

Final Verdict: 7.7 – One of the stronger issues of “Justice League” thus far 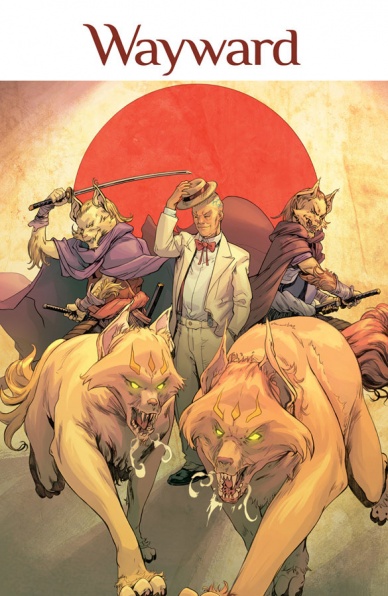 Final chapters to arcs can be difficult in comics, as it’s not really ever a finale as much as it is a transition into a new status quo. That makes an issue of that nature something that both needs to bring the existing story to some sort of close while also setting up future events. If that’s what you think needs to happen in an issue of that sort, as I do, then “Wayward” #5 does a very solid job of doing just that.

Much of this first arc has been introducing the pieces of Rori’s world in the book and what she herself is, but this issue manages to take everything we’ve been given and known and destroyed it in emphatic fashion. It’s actually a really clever first arc when you think of it, as Zub manages to deliver a lot of really important character motivation for the characters without sacrificing the power and effectiveness of the arc itself.

Cummings’ art continues to be the highlight, though, and he doesn’t disappoint in delivering both excellent action set pieces and proper emotional anguish as Rori deals with the events of the issue. He saves his best for last, as Rori’s last moment in this issue is a really powerful one. Tamra Bonvillain’s colors help give the art even more of an ethereal feel, and she’s a pitch perfect match for Cummings’ art and the setting overall.

On top of that, the book gives us even more interesting backmatter and history on Yokai from Zack Davisson.

I’m enjoying “Wayward”. It’s a book that I wouldn’t count amongst my favorites, but it’s an enjoyable yarn that has a fierce and unique identity as well as some great art. Based off what this finale gives us, the future could be even brighter, and I’m excited to see what’s next for the book.

Final Verdict: 7.5 – a solid finale to a quality opening arc

Wrapping Wednesday: Micro Reviews for the Week of 03/25/20