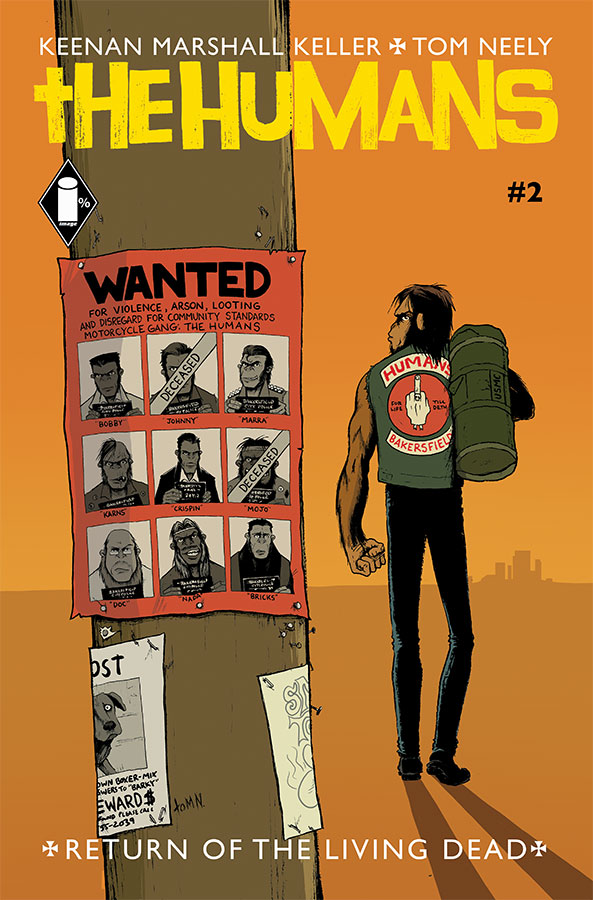 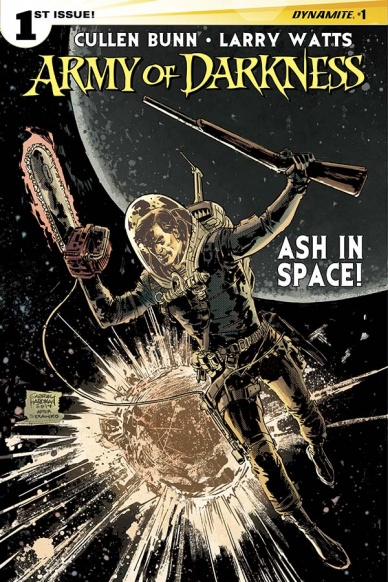 This is not the first time that Dynamite has tried to make Ash and the Deadites work in comic form – sadly, it probably won’t be the last, either. This issue has everything that you would think readers want from an Evil Dead spin-off property: chainsaw, “Groovy,” kings being hailed, boomstick, etc. In addition, the book takes a real chance, throwing Ash in space, an idea so absurd that it almost fits in with the Sam Raimi aesthetic.

Sadly, though, this is a pretty by-the-numbers comic. A good chunk of that has to do with the art by Watts – he is a fine draftsman, but the book has none of the urgency and innovation that Raimi showed in Ash’s cinematic adventures. There’s no grit, no adrenaline, no balls to the art here. There is one panel, where Ash meets G-forces, where there is a hint of comedy, but that’s the only visual presence of anything remotely appearing slap stick – and this is a franchise that blended the Three Stooges with Night of the Living Dead.

I don’t see a non-Ash fan picking up this book, and yet the first 5 pages tell us all the history we already know – wasting precious real estate for no good reason. Ultimately, that is an apt description of the book – there’s nothing in the book that merits anything resembling essential reading, even for an Evil Dead superfan.

Final Verdict: 4.9 – There is a good Ash comic out there in the ether somewhere; sadly, it isn’t here. 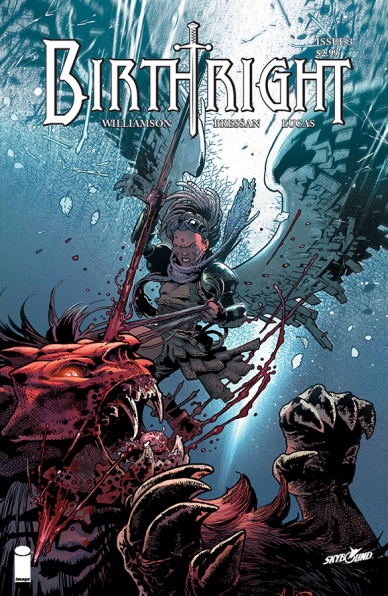 I was on the fence for a while about the issue one twist of “Birthright” but after reading this week’s issue, it’s made “Birthright” a real winner. That twist has made this go from a generic fantasy to something far more complex and unpredictable. Williamson and Bressan give us no real hero to root for. What are we supposed to do with that? The answer is to keep reading because at some point all answers will come to the surface and I’m completely expecting it to be mind blowing. Williamson does a really nice job with balancing the script. We get enough of the past and enough of the present. Nothing is really overlooked or underdeveloped. That constant back and forth is part of what has made this one of my favorite new series of the year. Andrei Bressan continues to do a fantastic job on art and he shines the most on the more fantasy oriented stuff. This issue featured an excellent monster fight that was scary and thrilling. “Birthright” is a great fantasy series from a creative team that is just getting more in sync each issue.

Final Verdict: 8.5 – Williamson and Bressan have really got something here with “Birthright” and it’s just going to get better with time. 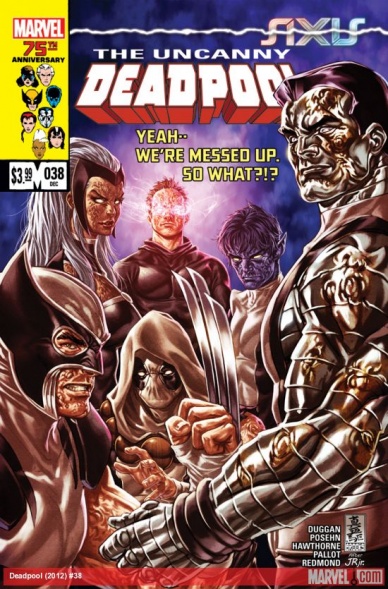 As an event, “AXIS” definitely falls into the “Secret Invasion” sort of category where the main story is pretty trash while the surrounding tie-ins are hot fire. “Deadpool” #38 definitely falls into this category with a comic that not only advances the plot of its own story while addressing and fixing many of the faults found in the main “AXIS” seriesAlso of note is how gleefully trippy a turn the story takes, and how Mike Hawthorne depicts it in a very “Flex Mentallo” sort of way while setting up more stories for Deadpool’s future. The greatest strength in this “Deadpool” run is in just how deep a world the team has created for Ol’ Wade Wilson. If this issue proves anything, it’s that Duggan, Posehn, and Hawthorne have expertly carved out a corner of the Marvel Universe for the Merc with a Mouth and, with the 40th issue fast approaching, it’s going to be exciting to see how much further they build it.

Final Verdict: 7.8 – Another solid issue from a solid team. If you’re a Deadpool fan, you owe it to yourself to check this series out. If you’re not, this series might convert you. 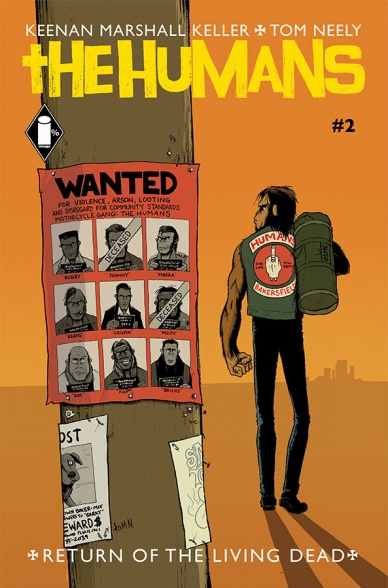 To say “The Humans” is insane is an understatement. Issue one was unlike anything I’ve read in the last few years. I compared it to Superjail thanks to its no holds barred approach to sex, violence and drugs. This issue of “The Humans” is a bit more calm. Keller and Neely go almost the entire issue without getting really crazy. The focus of this issue is on Johnny, a member of the biker gang who is returning after being believed dead. The lack of depth that existed in the first issue is here in spades. Johnny’s return is real and raw. Keller and Neely really convey what it’s like to return home from war despite some of the more bizarre moments. Neely’s art is really the standout here because so much of the emotional component comes from visually seeing what Johnny went through and is still going through mentally. “The Humans” #2 gets really bizarre again towards the end but it’s part of the charm of this series. It’s so off the wall and while it’s not for everyone, there’s so much good here that I can’t recommend passing on it entirely.

Final Verdict: 7.7 – An offbeat and often times insane comic that still knows how to be a good story. 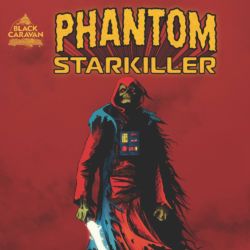 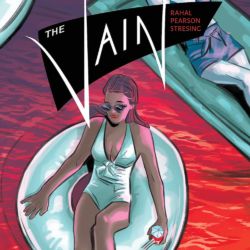 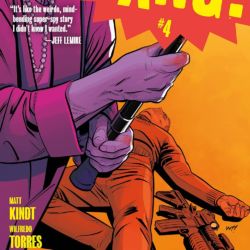