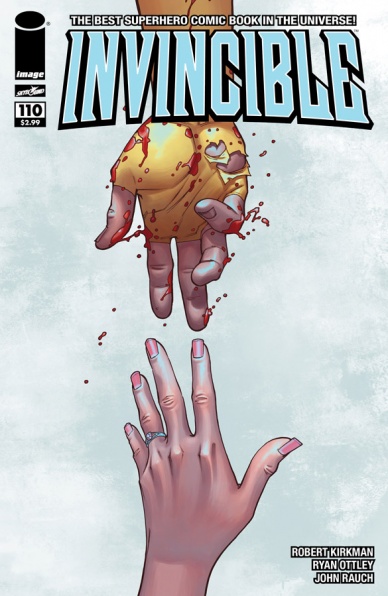 Spoilers for the issue are discussed! Avoid if you have not read this issue!

I don’t want to bury the lede here, and I’m a little surprised it hasn’t been picked up by mass media: Mark Grayson absolutely gets raped by Anissa, the Viltrumite woman who has been hanging around Earth. It’s a really shocking moment, and I fully expected to see a ton of outrage about it.

But there wasn’t, and I’m thankful for it because you know what? It makes sense in the context of the story. Kirkman and Ottley have established the Viltrumite people to be ones who will do anything it takes to continue the Viltrumite bloodline, and Anissa mates with the one person she thinks could be a good fit with her even though he had no interest. She’s been established as a cold, brutal warrior, and the way Ryan Ottley depicts the scene is stunning in its harrowing intensity.

Beyond that, this was another example of how Kirkman runs his characters through the ringer, as Mark has maybe the worst day out of any character in the history of comics, with his fiance Atom Eve dumping him and then, well, you know. Apparently next issue is the crazy one too, so welcome back to your Earth home, Mark. Your life sucks.

But issues like this are what Kirkman does – he’s the best there is at what he does, and what he does is character-based shock value – and Ottley does everything well. This is a comic that works in its emotional and physical terror, and one that has a lot of potency and heart rending moments. But it is also slight, and something that doesn’t have nearly the impact it might elsewhere because Kirkman has created an atmosphere where we come to expect these things out of the book.

So, in all, in this rambling review, this is a decent comic, not a great one. And if you’re upset about the rape, I’d recommend looking back through the history of the book and ask yourself, “is this the worst thing that has ever happened in it?” Not by a long shot. 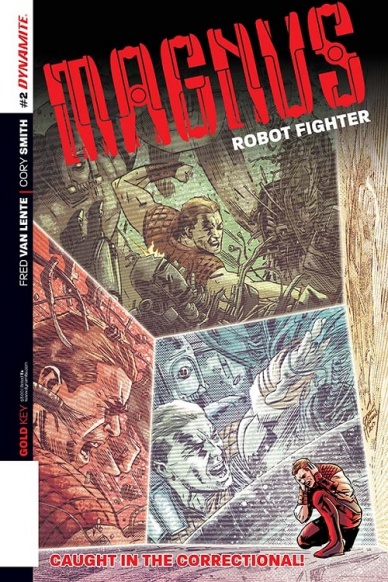 As the Gold Key relaunch continues, it is becoming clear, at least from the first two titles, that Dynamite really went with the creators that felt right for the properties, and not just looking for the hot creator. Sure, Fred Van Lente is a well respected and popular creator, but he is also the perfect guy to write this book, with its combination of futurism, humor, and a deep love of education. There are a few passages in this issue, especially the introduction of H-8, that in the hands of another writer, would appear offensive. Instead, Van Lente makes H-8 a lovable commentary on stereotypes and sidekicks.

Smith’s art is just about outside of the Dynamite house style as we’ve seen thus far, and that is a refreshing turn. This issue, he is even stronger than last, with a more confined world to work with, and more time to nail the look of the various robots. His human characters shine as well, with Clane really coming into her own, visually. Overall, this book is a fun update on the classic character, and is showing a lot of potential for future installments. 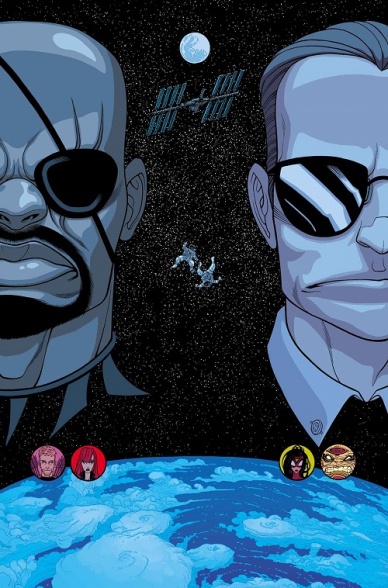 Of all of the Avengers books, “Secret Avengers” is the one that has a tone closest to Avengers the film, with characters mainly familiar to the cinematic audience. This book is full of action and humor, often times in the same page. Kot’s dialogue is sharp and direct, and the story doesn’t try to do too much; sure, there are a few moving parts, but more than anything, each spur bolsters the other, and keeps the pace moving quickly.

Michael Walsh is an incredible conveyor of mood, and his neo-pulp style fits the covert nature of the book perfectly. What is unexpected from Walsh is the lightness and humor he effortlessly weaves into his usual techniques. His M.O.D.O.K. is a thing of beauty, and he and Kot clearly love working on the character.

This issue feels like the start of the creators really finding the sweet spot of their talents – is it next month yet? 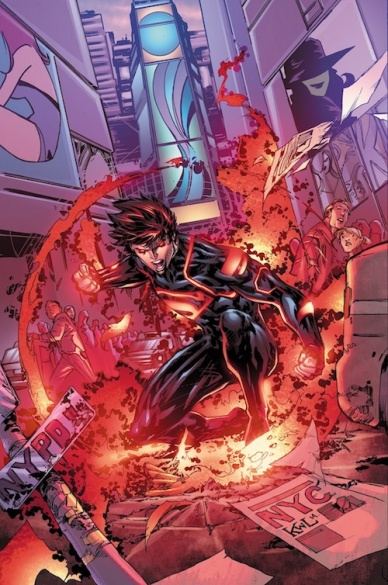 Fans of Connor Kent have weathered some rough times in recent years. No matter how you spin it, the New 52 incarnation of the Boy of Steel has lacked a clear direction and purpose, making for a character that is extremely hard to get behind. Factor in the recent death and replacement of Superboy introduced just over two years ago with the murderous future son of Clark Kent and Lois Lane, and the sense of attachment dwindles even further. However, incoming writer Aaron Kuder seems set on changing that. In just one issue, Kuder goes a long way towards humanizing Jon Lane Kent. He also establishes a strong new supporting cast that includes the New 52 debut of the Guardian. Kuder settles well into the writers chair, and while it would be a blast to see him drawing the book as well, Jorge Jimenez Moreno’s style is a terrific fit for the book. The double page spread depicting multiple Superboy incarnations is a ton of fun, and astute fans may notice a nod to the characters’s pre-New 52 look later in the issue. “Superboy” #30 doesn’t solve all the book’s problems, but it is certainly a concrete step in the right direction. 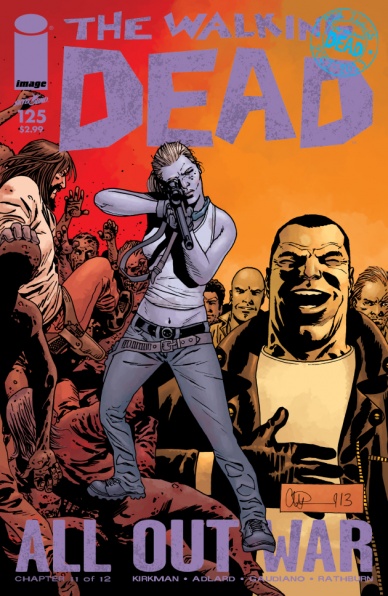 I’m of two minds about this comic.

On one hand, it was an entertaining yarn, bringing everything to a head in “All Out War” and setting up for a crazy finale, with the usual superb art from Charlie Adlard.

On the other hand, it was a bit disconcerting for both Rick to fake out Negan with speeches about what the two groups could accomplish together, and then Negan suddenly seeing the error of his ways. Kirkman has done a marvelous job of making Negan a strangely likable character, given that he’s one of the biggest monsters I’ve ever seen in a book (who strangely has a very specific set of boundaries and rules), but he’s clearly a my way or the highway type. To see him buy into Rick’s orated utopia was like saying every appearance before now didn’t matter, and it was a disappointing story beat that felt like a reversal of what should have happened based off character expectations.

Besides the maddening character inconsistency there, it was a well-crafted issue though, with some nice emotional beats in Rick’s community, typical next level machoism by Negan, a thrilling set up for the finale, and as I said before, excellently rendered art from Adlard. But when you get to the end, you can’t just change the game like that. People don’t change, and certainly not people like Negan. For a character first writer like Kirkman, it’s very odd that he struck out on such a big moment.

Final Verdict: 6.0 – good besides the end

Wrapping Wednesday: Micro Reviews for the Week of 03/25/20