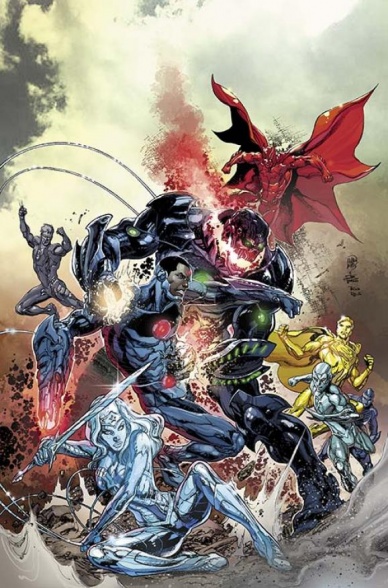 The Metal Men are some of the most fun and unique characters in the DC stable. When they are written well, as they are here, there is really nothing else like them in all of comics. DC has been struggling for years to find a use for them, and having them as Cyborg’s sidekicks here is actually a really fun way to bring them into the New 52. We even got a “Mercury is the only metal that’s liquid at room temperature!”

So why isn’t this issue better than it is?

Oh, that’s right – because there is a weird interlude that is a forced mixture of Tron and The Matrix, with a little bit of “The Little Engine That Could” thrown in for good measure.

Seriously – this issue was off to a great start, helped along by Doug Mahnke’s inimitable art, and then everything goes 1998 digital, and the wheels fall off this issue. That, mixed with the unnecessary exposition that opens the book, really drags down the fun atmosphere the Metal Men bring to the issue. While this issue stumbles, this seems like a pretty great back door pilot to a new Metal Men series at DC – it’ll probably last 8 issues, but I’ll dig it. 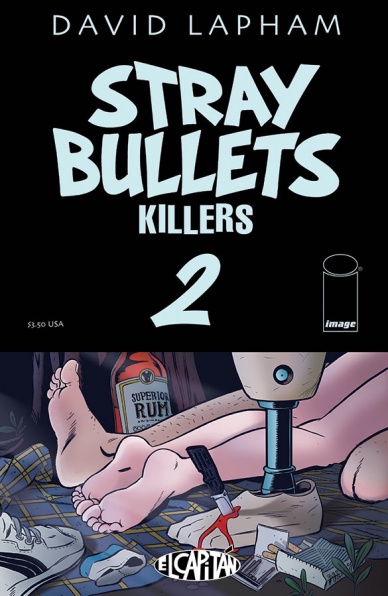 Nearly two decades after its original release and a decade after its hiatus, you would think that a book like “Stray Bullets” would somehow have lost its luster. Yet with its second issue post-rebirth, David Lapham once again delivers a haunting and darkly engaging read that absolutely steals the show from other comics published this week. Giving us a story that is both a piece of the greater extended narrative but also a wonderfully intimate one-and-done, “Killers” #2 stars Virginia Applejack, allowing us to both reacquaint and meet her for the first time as she returns home. More to the point, though, it once again puts Lapham’s eye for personal storytelling to the test as he walks the tightrope of accessibility and continuity.

“Stray Bullets” has always been a unique experiment in comics. It limits itself to an 8-page grid (or variations on that theme) and every issue has to be held on its own. There have been times when this hasn’t worked, but for the most part it usually does. What we can see now, though, is how refined Lapham’s skills as an artist and a storyteller have become; every panel is a snippet of time that benefits the story, and every piece of dialogue says worlds upon worlds about the character who uttered it. While this issue may not pack the same kind of left-field punch that the previous issue did, from beginning to end “Killers” #2 is still a master class in sequential storytelling.

I really can’t stress this enough: “Stray Bullets: Killers” is a comic that not just deserves to be part of your pull but absolutely needs to. Every issue is something different, and 45 issues later it’s still one of the best series I’ve ever read. 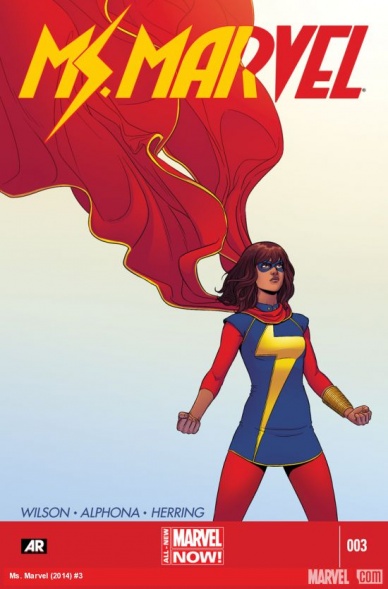 There’s just something about this book. I’m not sure exactly what it is, but this book has something a little unexplainable, where every little thing it does is magic (h/t: The Police). This issue really takes us further into Kamala Khan’s mindset, as Wilson chooses to, instead of just throwing Khan to the wolves of superheroics, let us get to know the character and to care about her before all of that. It helps that the way that Alphona approaches the art makes this world feel very lived in, very real, even as it is cartoonish and overly expressive compared to the one we live in. But he’s an artist who can approach the world of a modern teen and “get it”. He isn’t trying to fit into a world he doesn’t understand, instead delivering Khan and her exploits in the most real and charming way possible.

But really, when it gets down to it, this book is pretty damn incredible for two reasons: that “real” feeling I keep expressing, and that it’s just a whole lot of fun. This book is an easy one to pick up and appreciate, no matter who you are or how much experience you have with comics. It speaks to being young, to being confused by emotions, to not giving in to being who you have been told you are, to being a fan, and to wanting something more. It’s universal, even if it is the story of a young girl with the rare gift to embiggen herself. Don’t miss it.

There are certain genre tags that get hot every few years (think noir in 2012-13), and right now it is “crime + ____.” As with all of these genres, there are some that transcend the pack, and others that lag behind. One of the reasons that “The White Suits” transcends it is the absolutely riveting art of Toby Cypress – his art is all kinetic energy; an explosion of fists, blood, and bullets. Everyone seems to be at the highest possible speed of whatever it is they are doing, from interrogating to attempting to take down a shadow organization by force. No one has time to sit still.

Because of that, this issue can feel a little slight at times. With a pace this frantic, you would think each issue would seem like it covers a lot of ground, but the opposite is true: because each scene is covered by Cypress’s extremely chaotic art, he takes what other artists might do in a panel or two and extends it to 2 or 4 pages. Because of that, the book’s visuals never seem to stop, but the plot never seems to catch up.

This is a minor criticism, ultimately, because Frank Barbiere’s, at times thin, dialogue and plotting allows Cypress to really go to town, and the the balance of the sparse script and rich art makes a comic that isn’t too dense or too empty, but rather, a fun, exciting book that is hard to put down.

Wrapping Wednesday: Micro Reviews for the Week of 01/15/19

Wrapping Wednesday: Micro Reviews for the Week of 01/08/19

Wrapping Wednesday: Micro Reviews for the Week of 12/18/19