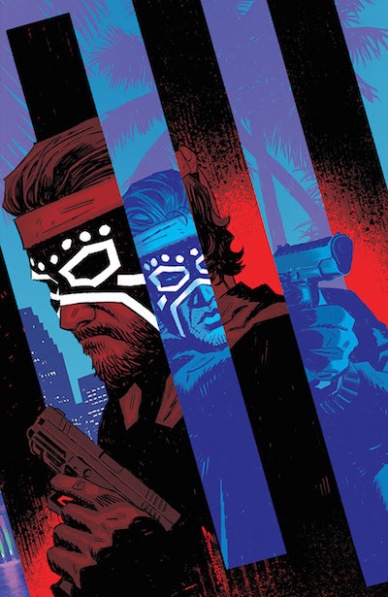 One of my personal favorite minis of 2013, “Dream Thief” returns with the team of Jai Nitz and Greg Smallwood intact, and this issue finds the book on stronger ground than ever. A big part of that is the foundation that was set so well in the first mini-series, but I have to give Nitz and Smallwood serious props in this issue: they managed to introduce the story of the first mini in this issue in a way that didn’t feel like a burn to those who already read that, which is a tricky line to walk.

This issue does a tremendous job of building on that foundation, elaborating on the mystery of the Dream Thief gift (or curse) and taking us further into the predicament and legacy John Lincoln faces. Nitz does a wonderful job of making John an even more likable character than before – he was a bit of a dick before, but an appealing one – now that he has had some time as a Dream Thief under his belt, and we’re given some great moments that stand out as actual, organic character growth from him. Nitz also does a fantastic job of introducing us to who Fischer Ayers is, and I have to say, the open of the book was tremendously charming for a murder scene, as Nitz and Smallwood deliver an oddly funny and brutally effective intro that would fit well as a bonus scene in a supernatural version of “Pulp Fiction”.

Smallwood, though, is the guy who makes this good book truly great. I really, truly believe he’s going to be one of the next big artists in comics, as the way he can deliver a story is so unique and effective that it wouldn’t matter if stylistically you weren’t a fan. But who wouldn’t be, as Smallwood’s Toth influenced character design and linework mixed with maybe the most absurdly real feeling character interactions in comics (the Bill Cobbs esque face Fischer gives John when they first meet is worth the price of admission alone) are absolutely dynamite. I feel like I could write a dissertation on just how much Smallwood’s art, colors and lettering bring to this book, but instead I’ll just tell you this: buy this book. Experience it for yourself.

“Dream Thief: Escape” perfectly follows the first mini-series with an exciting and well-crafted opener, and if you enjoyed the first one, you’ll like this one even more. Even if you missed the first mini, you’ll be able to appreciate this and pick up on what’s going on, and even if you don’t, well…Greg Smallwood art. I rest my case.

Final Verdict: 9.0 – Welcome back, Dream Thief. You were missed. 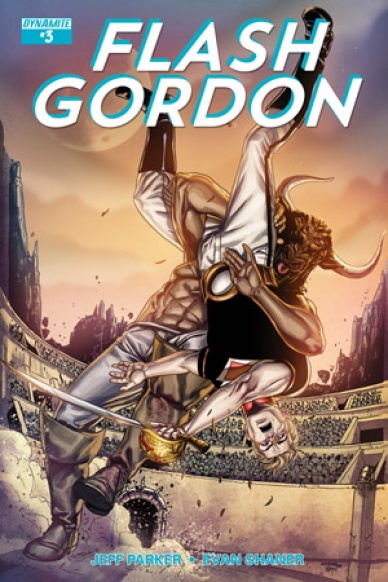 This is an actual line in this comic, and it is fucking glorious.

I don’t know how much more I can gush about this book – it is funny, the action is exciting, the writing clever, and the art magnificent. This issue blends Roman Gladiators with American Gladiators, presenting a broadcast of slaves fighting all over Mongo’s empire. Doc Shaner continues to do some of the best work of his already impressive career, giving Flash a playfulness that always borders on cocky and obnoxious, but never goes over that line.

Parker, only a few issues in, knows these characters inside and out, and has crafted a story that feels fresh and classic, surprising and pleasingly expected, and does so almost effortlessly. This creative team can write this book for the rest of time, as far as I’m concerned. 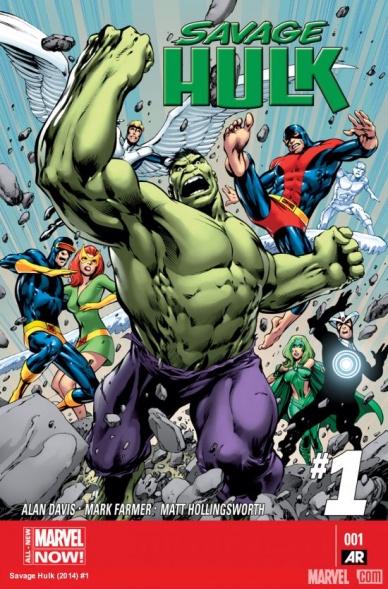 “Savage Hulk” is the newest Marvel series to take an iconic character, and let creators tell in-continuity – but previously untold – stories throughout their history. Like “Savage Wolverine” before it, this series will sink or swim based on the creators involved. The initial story is one by Alan Davis, a name that any serious Marvel fan will be familiar with, and brings the characters he is best known for, the X-Men, along with him.

Davis’s X-Men are instant nostalgia, bringing you back to the pre-furry blue Beast, giant Havoc headgear X-Men days that I grew up reading reprints of when I was a kid. Davis’s art hasn’t lost much since his mid-80s heyday, and his clean line and introspective faces really bring the characters to life. His Hulk is far more human looking than we get many times, and actually somewhat resembles his Banner – a touch I always love in a Hulk comic.

This is the definition of a book that doesn’t need to exist, but that I’m glad does. This was an extremely fun read, with an underused creator with a healthy pedigree able to have fun in this sandbox for a little while.