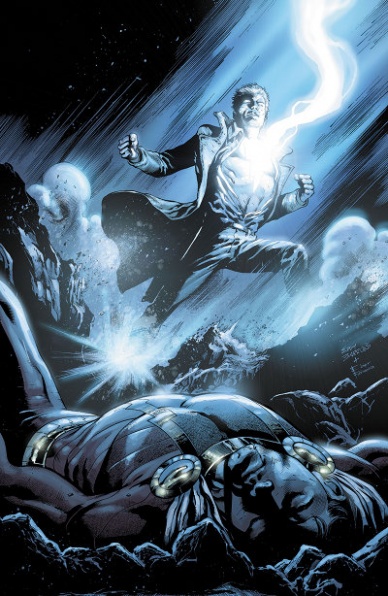 As a series, “Constantine” has been stuck in that weird middle ground created by the New 52 – the series tries to be darker than the usual fare, but can’t do anything too “Hellblazer”-y. This is the first issue that really worked for me, and maybe that is because I’m a huge fan of Shazam (I have to get used to typing that as a character name instead of Captain Marvel), or maybe because the story feels like exactly what DC is aiming for – a place to tell magical stories that involve crazy shit within the New 52. The “trick” Constantine uses on Batson very much seems like an old school “Hellblazer” move without seeming out of place here. Fawkes is a gifted writer, and it is not surprising that he makes this work – give the man some direction to take the character outside of examining his conscience (which too much of the early issues did – isn’t part of Constantine’s fun that he doesn’t really consult his conscience?), and he delivers. Renato Guedes does some great work here, too, and the image of ConShazantine (as I have dubbed him) worked when it probably shouldn’t have. Guedes is starting to hit his stride here, and it might mean a more regular return to this title for me because of that.

Final Verdict: 7.7 – A nice “Trinity War Interlude,” exactly as it was billed. 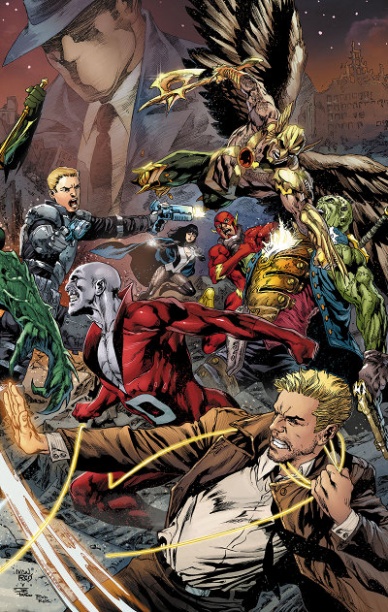 “Trinity War” is shaping up to be a supremely enjoyable crossover, and this is the issue where we see the three “new” Leagues forming – Superman’s crew going after Dr. Psycho, Wonder Woman’s gang going after Pandora’s Box, and Batman’s posse attempting to connect with Dr. Light’s soul/stop Wonder Woman. With all due respect to Ivan Reis and Doug Mahnke, I think Janin’s issue, thus far, has been the most visually interesting and well drawn of the bunch. His Hawkman, in particular, is a revelation, when that series is inevitably relaunched in 5 years, hopefully Janin gets the call. Unlike so many big events nowadays, this doesn’t seem terribly convoluted – each group has their motivations, and no one is really acting too much differently than you’d expect them to act in this situation. That is a credit to Lemire in this issue, and Johns and Lemire overall, for crafting an event that feels essential and vibrant. 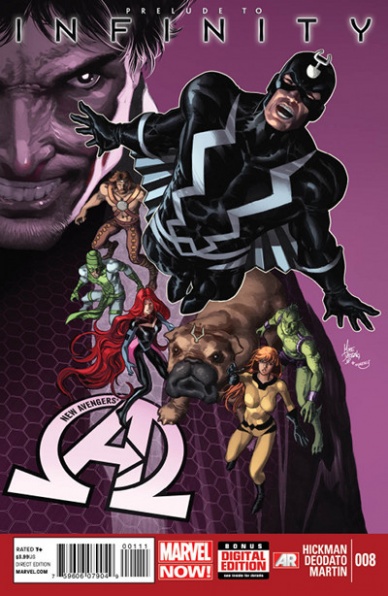 What began as a tense, breathless character study of the Illuminati has pretty much gone into full “event mode” in its 8th issue. One of the strongest, most assured titles in the Marvel Now! line almost physically crumbles a bit before your eyes under the pressure of the oncoming “Infinity” storyline. Epting imbued the book with a regal quality that Deodato is trying to match here, but it comes off as far more stiff and expressionless when compared to that first arc. A grand, “important” issue if you’re invested in Marvel’s oncoming event, but a bummer compared to the dark, personal approach taken earlier in the series. 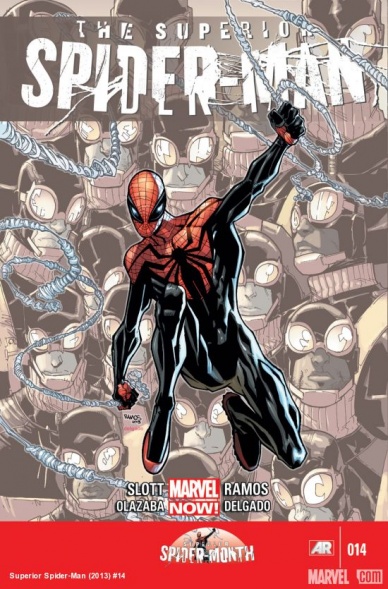 So remember Shadowland? It was that horrible event comic that you wished had never happened? Well, this issue wiped it off the map! Hooray! No matter what some might say about Superior Spider-Man i’d say that destroying Shadowland ranks up there as an excellent idea and the makings of a great story. Add to that the continued Superior nature at which Otto Octavius runs Peter’s life and a Mayor Jameson that is spot on perfect and you’ve again got a great issue. Humberto Ramos draws one hell of a Spider-Man in battle and the new costume equipped with Doc Ock/Iron Spider legs is pretty badass. This title is really hitting it’s stride recently. It’s worth both your time and money and not only because it gets rid of you know where. 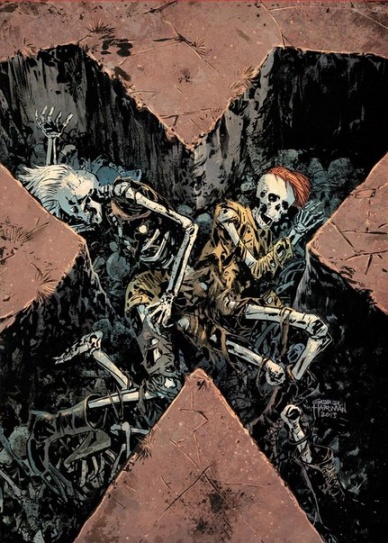 World War X kicks off in this issue and you really get the feeling that things have a good chance of actually being very different when everything ends. Brain Wood has sewn some eXcellent seeds and they are starting to sprout as the mutant havens Utopia and Tian come into conflict. It’s a solid issue that does an eXcellent job of priming the reader and then sending them into combat with the mutants. I’m interested to see where this goes and how it ties into Hunger and the future of the entire Ultimate Universe for that matter. The art from Alvaro Martinez also shines as the eXpressive nature of his facial work really accents many of the more tense scenes in the comic. Both writer and artist are an eXcellent tandem to provide the gravity that this arc needs to make an impact. 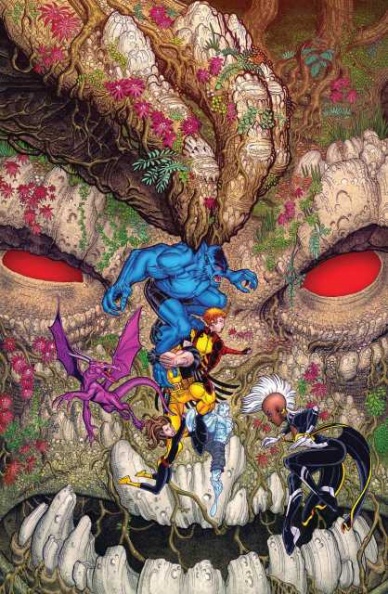 Wolverine and the X-Men #33
Written by Jason Aaron
Illustrated by Nick Bradshaw
Review by: David Harper

Recently, I had a conversation with creators Benito Cereno and Dean Trippe on Twitter about Jason Aaron’s work on this book, and how some people don’t like it under the idea of it being “too fun.” First off, that astounds me. Second off, this book is fun! Even this issue which was high drama and filled with characters revealing their true feelings for each other and near death situations constantly…it’s still fun. This issue was a propulsive blast of awesome – just like the whole Hellfire Saga has been – and it helps when you have Bradshaw on art, a maestro of upping dramatic tension. The section in this issue in which Toad and Quentin Quire are trying to escape, Idie is with Kade Killgore and Wolverine is fighting Deathstrike was so well choreographed and sequenced, it truly felt like something bad was going to happen. The way that story unfolded, it felt like someone’s death was coming.

But instead, love and happiness(ish). Because that’s how they do on this book, and that’s why it’s so hard not to enjoy this book. Wonderful. 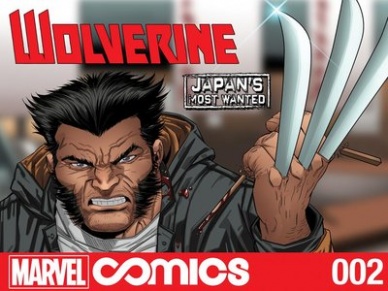 Ah, I get it. This is a comedy book. Jason Aaron has always been a writer that has had an exceptional ability to weave comedy into dramatic situations and characters, but his foray into Marvel Infinite Comics is about has broad as he’s ever gotten. Set aside the price and this is a pretty darn fun story. If you go in knowing this story won’t be in very high importance in the pantheon of Wolvie stories, you’ll have fun watching him get into big trouble in Japan. The art matches the fun sensibilities and the panel-to-panel guided transitions are better this time around.

Wrapping Wednesday: Micro Reviews for the Week of 03/04/20