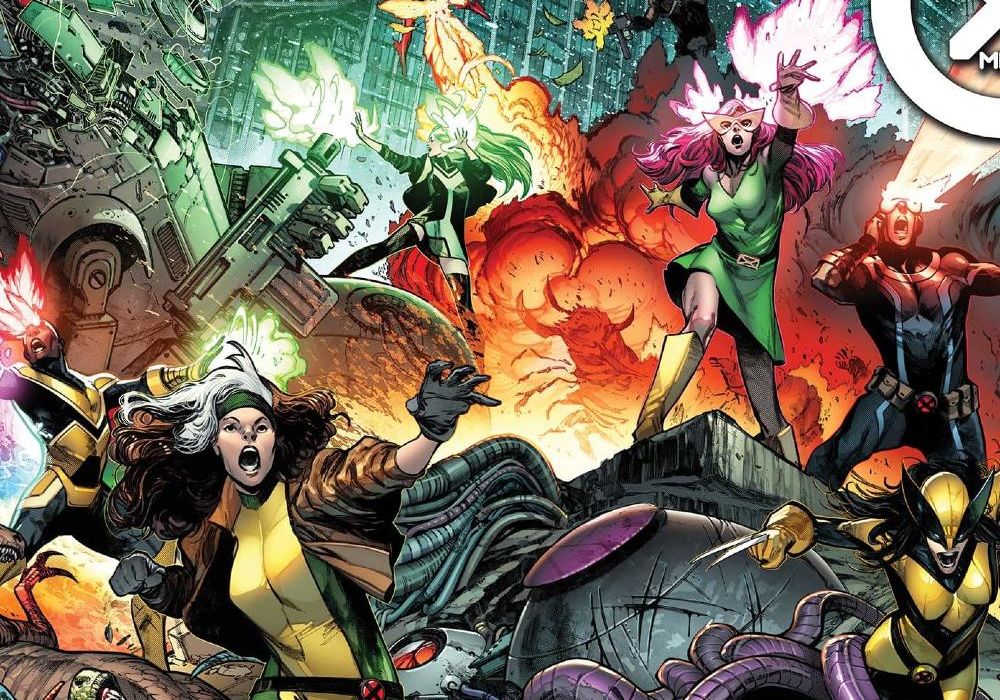 The X-Men formally announced the new roster of their flagship team at The Hellfire Gala event. Now that the roster has been finalized and the celebration is over the X-Men teams are returning to battle domestic threats on Krakoa. Over the past couple of months, X-Men villains have started to come out of the shadows of Krakoa. I’m ready for this brand new “X-Men” #1 to start raising the stakes and bringing dangling plot threads together. The main “X-Men” title is also switching hands to “Marauders” writer Gerry Duggan. “House of X” artist Pepe Larraz is back on the core X-Men title at the center of the popular line of titles. Will “X-Men” #1 be able to live up to the hype and status as the main title in the line? 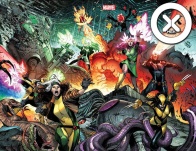 THESE X-MEN ARE… FEARLESS! The heroes of Krakoa are here to save the planet! Things might be complicated between the nation of Krakoa and the rest of the world, but to the X-MEN, things are simple — you do what’s right, you protect those who need protecting and you save the world we all share. Cyclops, Marvel Girl, Sunfire, Rogue, Wolverine, Synch and Polaris are the chosen champions of mutantkind, and they will not shrink from any battle for their home planet. Writer Gerry Duggan (MARAUDERS, DEADPOOL, UNCANNY AVENGERS) reteams with superstar artist Pepe Larraz (HOUSE OF X, X OF SWORDS, UNCANNY AVENGERS) to chart the course of the X-Men in a world of the Reign of X!

It is fascinating to see the scope of the main “X-Men” title extend beyond the influence of Jonathan Hickman. Author Gerry Duggan gets the tone of this book right immediately with a conversation between Ben Urich and Cyclops that is appropriately harrowing. The scene is arguably the centerpiece of the issue. Marvel uses a tiny grain of continuity as a weapon to propel a vast amount of subtext. Even if readers don’t understand the incident in question they should understand the implications of the average person questioning the current state of the X-Men. I can’t help but respect just how dedicated Marvel is to adding these elements of subtext. I have a feeling these story elements about the morality of the X-Men will pay off in future issues.

Pepe Larraz adds a shocking level of detail to the pages in “X-Men” #1. Larraz was able to define the visual aesthetics of Krakoa in “House of X” with a bright, earthy aesthetic that Marte Gracia is able to build on. The character designs are jammed with so much detail which doesn’t serve to overwhelm the reader either. Larraz is great at showing motion on the page. Characters move between panels in fight scenes in an incredibly believable way. These fight scenes are much more fluid as a result. Larraz always carefully spaces out characters and panels to build some of the most creative artwork you are going to find this side of Big Two comic books. Gracia’s colors are incredible as well. The brown hues of Krakoa contrast incredibly well with the green hair from Polaris or the purple telekinetic energy from Jean Grey. The panels where Larraz stacks the entire team together evoke a sense of visual magic. Larraz is able to get a different expression on each of the six cast members who are celebrating the same event. The art is so detailed that readers can’t help but get immersed in the story and dialogue.

The issue even sports some of the trademark qualities from Duggan as a writer. “X-Men” #1 contains a bombastic centerpiece in the middle of the issue that doesn’t appear to fit in with the tone of the issue at all. However, Duggan is able to implement big ideas and ground them in enough reality so the title never quite goes off the rails. “Marauders” contains lots of unconventional dialogue and strong character beats that are in full effect here. The moment between Scott and Ben is excellent. Duggan makes a scene with Polaris and Cyclops that should be a throwaway moment feel meaningful as well. It is great to see a writer able to take advantage of the foundation established by Jonathan Hickman. Handing such a distinctive book off to a different writer is a bold choice and I’m glad Marvel was able to recruit Larraz to keep the Krakoa-era tone similar between runs.

If you got to this stage in the review and were worried this issue would have a lack of weird science fiction elements I can assure you this is not the case. When the dust settles and the X-Men finish their mission this installment layers on tons of intrigue. The fight the X-Men experience at the end of this chapter feels much less contrived by the final page. It is extremely difficult to review the first issue of a comic book series because you only have a small piece of the story. However, this is a chapter that almost feels complete with no continuation needed. Duggan’s script is really well-paced here and highlights his strengths as a writer. Pepe Larraz delivers the same shockingly beautiful brand of artwork readers come to expect.

The dense plotting and interconnected nature of the Krakoa-based X-Men franchise is still providing a lot of excitement to readers. The X-Men line feels different from the rest of the Marvel superhero comic books thanks to the careful direction and scripting across the entire line. “X-Men” #1 carries this tradition and executes a distinctive tone incredibly well. Writer Gerry Duggan crafts a carefully plotted and paced script that will intrigue longtime X-Men readers the most. Pepe Larraz makes the barrier to entry in this series incredibly low. You can pick up any page of “X-Men” and find something to latch onto thanks to the vivid artwork from Larraz.

Final Verdict: 9.0 – “X-Men” #1 is a carefully paced issue bursting with intrigue about the X-Men’s intergalactic efforts.