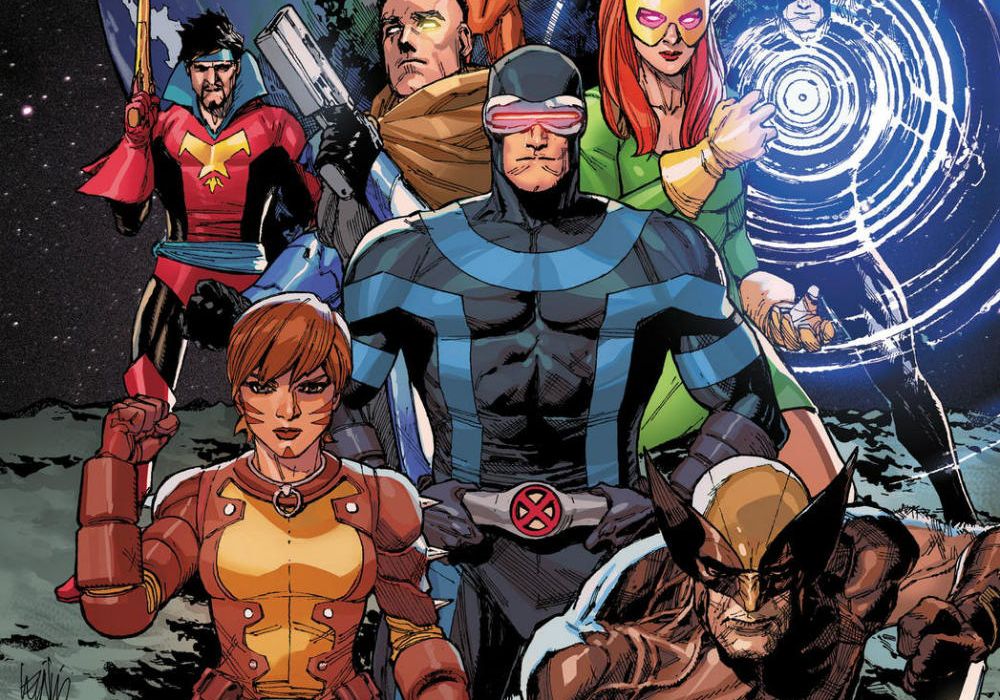 The Dawn of X is finally here and “X-Men” #1 delivers on strong character moments in a Brand New Mutant World. 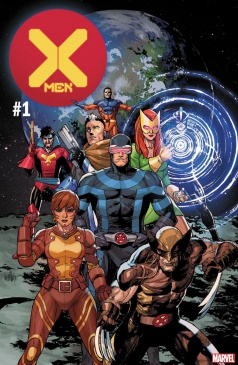 DAWN OF X! The X-Men find themselves in a whole new world of possibility… and things have never been better! Jonathan Hickman (HOUSE OF X, POWERS OF X, SECRET WARS) and superstar artist Leinil Yu (NEW AVENGERS, CAPTAIN AMERICA) reveal the saga of Cyclops and his hand-picked squad of mutant powerhouses!

Following the comics phenomenon that was “House of X” and “Powers of X,” Jonathan Hickman has launched into Dawn of X with “X-Men” #1 and joining him are Leinil Francis Yu, Gary Alanguilan, Sonny Gho, Clayton Cowles, and returning from “HoXPoX” is Tom Muller on designs. In “X-Men” #1 dissuades any fears that Hickman’s grand X-scheme would be devoid of humanity (in terms of character, not evolution) by focusing on a little Summer’s family barbecue on the Moon. If the last few months of the story have set up the rules and status quo of Krakoa, this issue lets readers experience the adjustment and the lives of the various mutants who get to inhabit this Mutant Paradise.

Hickman’s plot for this issue continues on the plot of the Orchis project that saw the X-Men killed and reborn in “House of X.” This issue sees Cyclops and Storm, joined by Magneto and Polaris liberate mutant children kept in the vault and bringing them home to Krakoa. This action-oriented start definitely scratches the superhero comic itch that the genre demands but also numbers a number of really great moments. First of all, Scientists turn themselves into apes to attack the X-Men which is bonkers and great and serves as a taste of Hickman’s playful tone throughout this issue. Character-wise, Storm’s voice sounds incredibly on point and her weariness for this cycle of fighting really comes through as well as her commitment to uplifting her people. Magneto brings almost a silver age theatricality to this issue and it works incredibly well. Magneto historically have fought so hard for the self-determination of mutants and to have an island of a unified mutant people to protect, his passion has a home and a growing population to protect. Yu, Alanguilan, and Gho’s artwork really sell Magneto’s presence in a way that is very powerful. The combination of Gho’s color holds and glow on his helmet in juxtaposition with Alanguilan and Yu’s shadows on his face really give the sense of a holy light shining down on the master of magnetism which backs up his claims of mutant-kind as the new gods.

As previously mentioned, character beats are really strong in “X-Men” #1 and the focus is primarily on Scott and his family. This issue really looks at the longevity of Scott’s commitment to this cause, with the flashback to his first experience with Ruby-Quartz lenses which does so much in such a short amount of time. The idea that Scott can see better than most sets Scott as a parallel to Orchis’s leader who was born blind, which speaks to the visions of these two groups and the continuing conflict between them. Scott’s vision of Krakoa and how good it is for mutant-kind is voiced in his scene with Polaris and later in a scene with his father, Corsair.

The Summers’ Family Barbecue is incredibly charming due to these larger than life characters in a domestic setting within the context of a mutant nation-state and apart of a group of people who can never die. Vulcan, the third Summers brother steals this section of “X-Men” #1 by baiting Wolverine by burning his steak and remarking the reason he’s this way is that he lacked a male role model. Teen Cable asks Jean Grey whether he can trade guns with a member of Corsair’s Starjammers and the Summers’ brothers do the mutant equivalent of getting there dad a cellphone by giving him a Krakoan gateway. By far the most human moment of the book is Corsair catching Scott doing the dishes and talking about this brand new world. Corsair voices genuine concern over the danger which prompts Scott to respond that instead of focusing on the things that want him dead he’s going to focus on the things that make him want to live. Corsair responds with putting his arm around Scott and saying “Okay. You’re a good boy.” For all of the world-building that Jonathan Hickman has done over the past twelve weeks, this family dinner and moments like these make it all feel real.

Leinil Francis Yu and Gary Alanguilan’s linework pair well with Sunny Gho’s colors. Yu’s artwork is mostly recognizable for heavy use of hatching and that is definitely present in “X-Men” #1 but Gho’s colors really add a lot of depth and tone to a lot of the figures, particularly Polaris and her fun hat thingie. Gho takes a lot of steps with regard to Krakoa in making it a very vibrant and exciting place by utilizing a pallet of fantastic colors that also differentiate based on parts of the island. Muller’s return to the info pages, now synonymous with Hickman’s tenure, only amount to a couple of inserts in this issue detailing the House of Summers. Hickman and Muller use these pages for very exciting storytelling opportunities by peppering in a couple of empty rooms in the clusters of the Summers children and of the Summers siblings in addition to the connecting rooms between Scott, Jean, and good ol Logan which has certain…implications.

“X-Men”#1’s biggest fault is that is not the strongest jumping on point for someone excited by the new number one, but with the fervor of “House of X” and “Powers of X” and the major status quo shift in those series, “X-Men” #1 could never have existed without the past twelve issues that came before. “X-Men” #1 encapsulates the “Dawn” of “Dawn of X”. The world of mutants is radically different and this issue is a great starting point for this new era. With Hickman’s humor and character moments, we are reminded once again that while there are ressurections, living islands, and more clones than you can shake a fist at, the real thing at the center of the X-Men is family.

Final Verdict: 8.9 – “X-Men” #1 puts the major status quo shifts of “House of X” and “Powers of X” into perspective by focusing on character moments and what life is like in this brand new world.