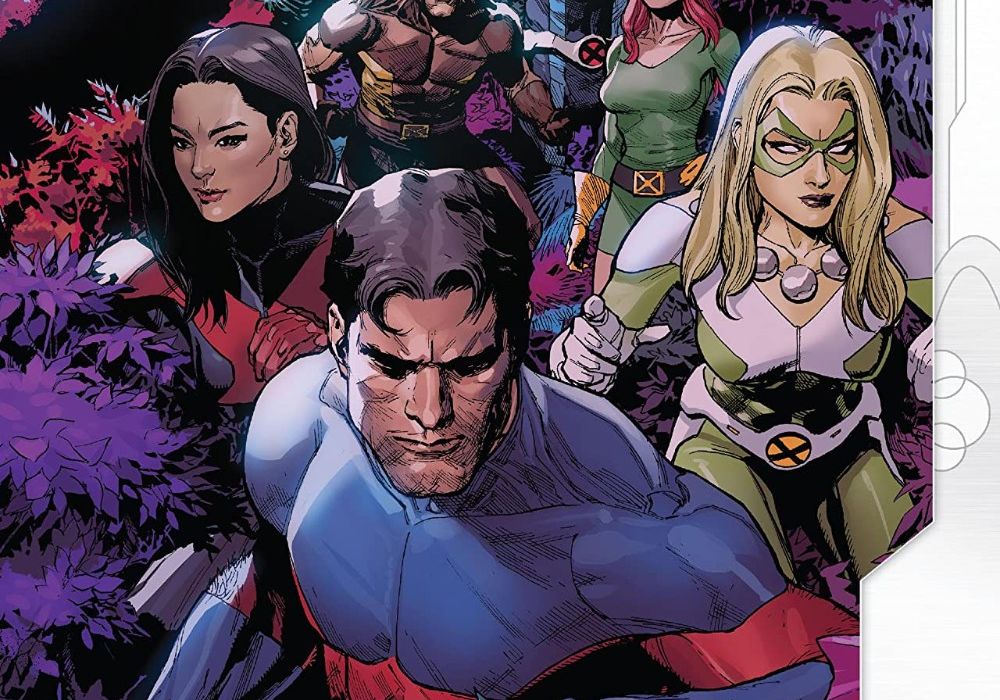 Part introspective character study, part tie-in to the latest Marvel event, “X-Men” #10 manages to walk than razor-thin line of being part of a massive crossover, while still being relevant to the ongoing narrative of the main plot line. 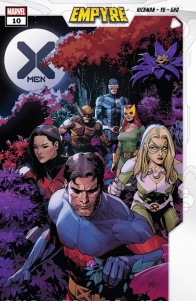 EMPYRE TIE–IN! The Summers family has grown a Krakoan home on the moon. Now some new neighbors have moved in.

Since the end of the ‘House of X’ and ‘Power of X’ mini-series, and the current era of the “X-Men” line under the leadership of Jonathan Hickman, the flagship series has been constructed as mostly done-in-ones stories. That said, despite of their closed narrative loop, they have anything but isolated; instead, Hickman and team have utilised them as a gateway to new concepts, scenarios, and character development, which are later explored on the vast number of titles on Marvel’s mutant line. This time around, the spotlight falls on the most problematic of the Summers brothers (and that is saying something), Gabriel Summers, a.k.a. Vulcan.

Before going into plot territory, accolades must be given to series mainstay Leinil Francis Yu, as well as colonist Sunny Gho. Yu has been a constant for the X-Men for decades now, even partnering with Chris Claremont on his second (and less celebrated) run. He brings a sense of familiarity to the book, especially for older time fans, which is an appreciated anchor to the more outlandish situations the story calls for.

Yu is great at introducing new characters and environments, with unique designs that bring the eeriness the story calls for to another level. Of particular note, the aliens that are featured on the opening pages of this issue, the habitat that the Cotati invaders have established on the Moon, and the final portions of the book, where things take a more explosive turn, are a display of the artists versatility and creativity.

There is a sense of poetry in one page, where Vulcan walks alone toward the Cotati lair, the majestic Earth rising in he horizon, his footsteps the only witness of his journey on top of the lunar surface. It really is mesmerising work that must be appreciated in all attention.

Gho is aligned on the strange factor, with a pallete that reinforces the sense of foreboding and alienation, both in the more obvious, literal moments, as well as the more inward looking exploration of Vulcan’s psyche. Everything looks off-kilter and outside of the common place.

Back to Hickman’s stye and story. The scribe is very deliberate on how he chooses to connect this tale to the ‘Empire’ event. Certain mutants, upon their introduction to Krakoa, have raised readers eyebrows on how certain past events now align with their own continuity. Without going into spoilers territory, Vulcan was surely such a character, so springing this ie-in issue to address some of these questions was very surprising. Hickman takes it one step-forward, and also connects some of the themes to other of his broader Marvel series, so all of a sudden this feels like a crossover, within a crossover, within a crossover. And yet. It works; it does not feel convoluted, it does not feel like extra baggage is needed. For readers more familiar with those themes there is a deeper appreciation, true, but that does not make the issue inaccessible in any way.

Perhaps the reason for that is how Hickman portrays key and side characters to his story. Gabriel feels relatable, despite his massive powers. His attitude towards the beginning of the issue his gradual transformation throughout, and the ultimate conclusion are a mini, but well-resolved, character arc. The guest participations, again, both at the beginning and end, add further flare to existing and growing relationships. It becomes inevitable to care for the reformed villain, despite of all the evil he has done over the years.

At the end, Hickman seems to leave the door open for more connective tissue to be established, and some of that might have even be seen on other X-Men line series and specials connected with the ‘Empire’ storyline. It is an effective connective tissue, told in typical comic book style of the classic “to be continued” banner. Maybe a sense of common place in what is definitely a flexible choice to continue telling a story within a broader canvas. Having that mixed with beautiful art and colours that collaborate to make this as strange as it is unique, was a welcome reintroduction to the “X-Men” series after the prolonged break.

Final Verdict: 8.5 – Hickman continues to shape this series and era into his own, but now showing a sense of closer belonging to the Marvel universe, hitting a palace that is rare to be found. Yu and Gho are just as exceptional on how they pull readers into this new world.