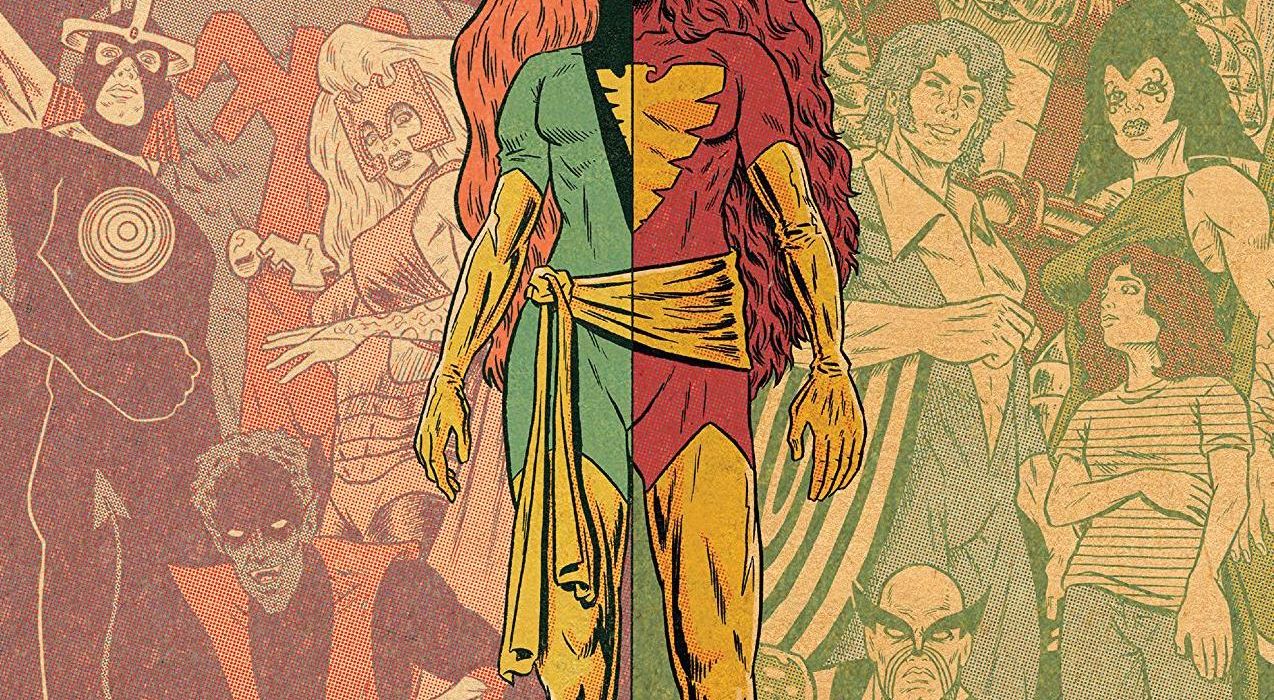 Get x-cited x-fans. After thoroughly covering the Silver Age, Ed Piskor has taken his “X-Men: Grand Design” into the Claremont era. This is it. ‘Giant Sized X-Men.’ Thunderbird vs Count Nefaria. The Hellfire Club. The freaking ‘Dark Phoenix Saga.’ Piskor takes his singular style and applies it to what is arguably the greatest run of superhero comics ever. The results are pretty x-traordinary. 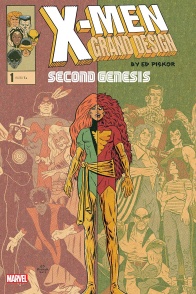 It’s ALL-NEW and ALL-DIFFERENT! Witness Wolverine, Thunderbird, Colossus, Storm and Sunfire suit up as X-Men for the very first time all over again! All through the lens of comics auteur ED PISKOR, who lovingly researches, writes, pencils, inks, colors and letters every page just for you! The second act of X-MEN GRAND DESIGN begins now!

Here’s a quick refresher: “X-Men Grand Design” tells the whole story of “X-Men,” starting from the beginning, but with the benefit of hindsight. All the retcons and focus shifts are taken into account as Piskor tells one of the most complicated soap opera stories ever. The result is often an exciting, sometimes overwhelming speedrun through the X-books. The famous recruitment run that makes up the first half of “Giant-Sized X-Men” #1 is told in about eight panels, then they get to Genosha.

Piskor’s strange style is as unique as it is timeless. The character designs are clearly a product of the 70s, but there are some fashion flourishes that wouldn’t be possible without knowledge of future decades. Wolverine has whiskers drawn on his mask, but Professor X rocks the yellow hoverchair best remembered from the 90s animated series. The linework is somewhere between R. Crumb and James Stokoe, the panel work somewhere between Dave Gibbons and Bill Waterson.

Is that too broad? It’s sort of hard to put Piskor into a box, which is what makes the art work. His big action panels can hardly contain the characters and superpowers, but his smaller emotive panels would never have been possible in 1975. All of it is joined into a coherent whole by his bright colors and jaggedy lines. Every panel, every page tries to tell a coherent story that comes together to make the overall book work. It’s incredible.

But I can’t begin to imagine how this comic works for a non-X-diehard. The death of Thunderbird (um, spoilers for a 1975 comic) happens incredibly fast. Thunderbird barely gets any characterization when he’s introduced in the last panel on page 2. Count Nefaria (his killer) is shown in one panel on page 5, and by the end of the page, Thunderbird is gone. While that’s somewhat true to the original comics, you’d hope that the moment would be given a bit more impact with the benefit of knowing where the story is eventually going.

Other things are a treat, especially if you’re very familiar with these stories. The Hellfire Club shows up before Wolverine and Storm do, and by the time they are manipulating Jean, they’ve been well established as background villains. The Phoenix, Lillandra, and the Shi’ar all make appearances in the story a bit before their first comic appearances. Even though she hasn’t joined the team yet, Kitty Pryde is lurking in the background. I enjoyed the fight with the sentinels, and the introduction of Black Tom Cassidy. I was surprised at how much page time Mesmero got, and how little Proteus appeared. And of course, there’s an appearance by everyone’s favorite scientist/astronaut Dr. Captain Peter Corbeau!

By the time the X-Men are having their showdown with the Shi’ar Imperial Guard on the moon, you really feel the impact of these stories. There’s not a lot Piskor could do to improve upon them, so he cleverly avoids clear mimicry. Famous images like Havok’s cry that “this island IS the mutant!” or Jean-as-Phoenix rising from the water for the first time are played down, or approached from different angles. I was a bit disappointed that Wolverine’s famous rise from the sewers under the Hellfire Mansion was skipped almost entirely. Mastermind’s weird seduction of Jean benefits from the limited number of pages. And who could help but smile at a game of baseball or cameos from Legion and Senator Robert Kelly?

I hope “Grand Design” is a sign of things to come. It’s a brilliant idea, executed with tremendous artistry. If there’s any criticism, it’s that so much wonderful story happens, it renders the whole thing overwhelming. For x-ficiandos, this is a can’t miss remix. For the uninitiated, I encourage you to check it out if only to appreciate its craft. One thing’s for sure, you will get your money’s worth with this densely packed issue.

Final Verdict: 8.8 – A beautiful, overwhelming tour through the greatest years of “X-Men.”