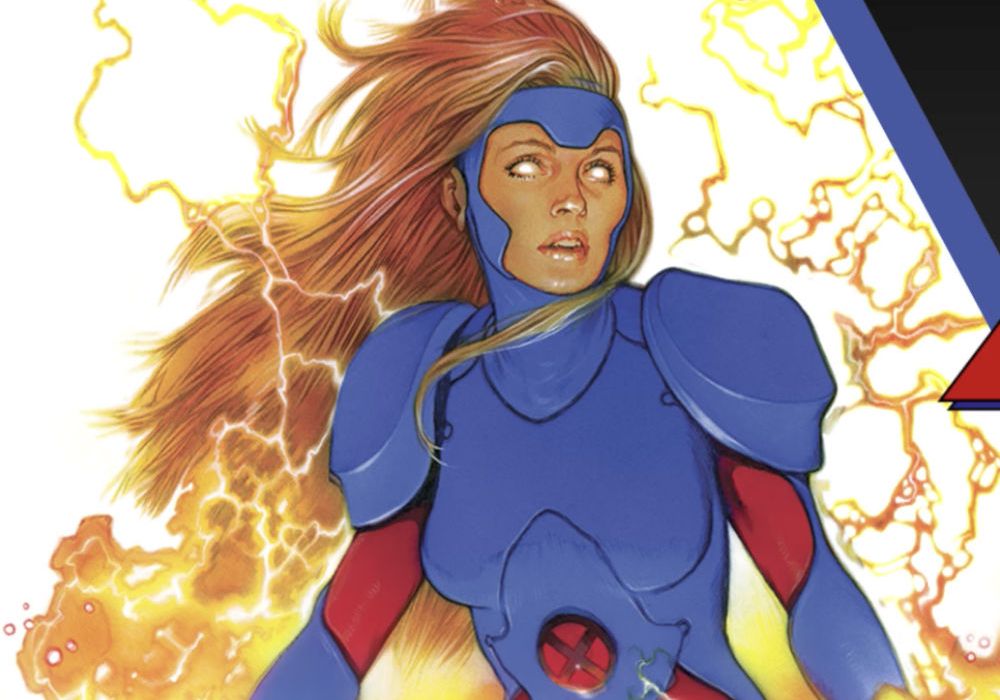 In the words of the DC3Cast, Jean Grey is back baby and she’s good again! Following the events of “Phoenix Resurrection,” the adult Jean Grey is back from the dead after 13 years following the events of “Phoenix: Endsong” and is now in the hands of “Injustice” scribe Tom Taylor and artist Mahmud Asrar. With a new team and a new mission, can Marvel justify this resurrection and return? 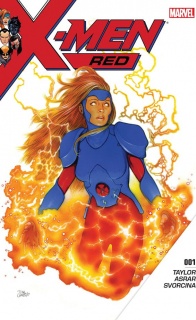 Cover by Travis Charest
Written by Tom Taylor
Illustrated by Mahmud Asrar
Colors by Ive Svorcina
Lettered by VC’s Cory Petit
The Hate Machine Part 1
THE FIRST SENSATIONAL ARC OF AN ALL-NEW TEAM OF X-MEN STARTS HERE! JEAN GREY is back! Returned to a world she doesn’t recognize, the First Lady of the X-MEN gathers an unlikely team – NIGHTCRAWLER, NAMOR and LAURA KINNEY (A.K.A. ALL-NEW WOLVERINE) – to face an evil that threatens to tear down XAVIER’s dream by any means necessary!
Rated T+

This issue is split into two parts: a seven page opener that drops you right into the action and another 30 pages of flashback to two months ago to fill in the gaps of how we got to where we are. In the first part of the story, we are introduced to Jean’s full team of X-Men for this new series, Wolverine (Laura), Honey Badger, Namor, Nightcrawler, Gentle, and Trinary. Taylor has been writing Laura and Gabby over in “All-New Wolverine” and writes their dynamic beautifully throughout both parts of the series and nails their sisterly love and affection and humor. It is interesting that Gentle and Trinary appear only in this first part of the issue, especially since Trinary is a character Taylor and Asrar created just for this book. It would have been nice to get more insight into both of them in this debut issue, and hopefully they don’t get drowned out going forward, notably, because Gambit is joining the team in issue #3.

Overall though, this issue is about Jean Grey, her return, and her new mission and goal. Having purged the Phoenix at the end of “Resurrection” and having been absent from the last almost 15 years of Marvel continuity, Jean is stepping into an all new, all different world. It is amazing to think how much the political and cultural climate of our world has changed since Jean died, and Taylor really captures that ethos here. There are divisions, there are comic book trope-y talking heads, there are politics, and really that’s what we desire from our “X-Men” stories. This franchise is at its best when it plays on the hate and fear the rest of the world has for mutants, and Jean’s solution for how to tackle that division upon her return here is bigger than ever before. It is a really inspired choice. This debut is equal parts The West Wing and 24, and I am all here for it.

Taylor is known for his dialogue, equal part quip and equal part serious pathos. If you have been following his work on “Injustice,” you know he’s just as comfortable in high politics as he is in bloody, gory action. Taylor really seems to grasp Jean as a character here and the hope she wishes to inspire in the world. He writes great scenes in the United Nations, but never comes off overly preach-y. The mutant population is, of course, an oppressed and discriminated against group in the Marvel Universe. The franchise has always reflected the plights of minority populations in our world. Taylor crafts and weaves many of these real world conflicts together seamlessly so that you can see multiple real world connections. This is probably the biggest book Taylor has ever tackled at the Big 2, at least the one that “matters” the most. With that in mind, this is a solid debut.

Likewise, Asrar continues to showcase himself as one of Marvel’s top, go-to artists. His work in this issue is much less refined than some of his more sharp lines in his work on “All-New, All-Different Avenges” or the “Generations” Thor book, but it is still very solid. You can see the Stuart Immonen influences from Asrar and Immonen’s work on “All-New X-Men,” but it seems here that Asrar is really trying to craft his own style. The first part of the story has a lot sharper line work, while some of the facial expressions in the second half are a little more smudged than we’re used to from him. I happen to think though the less stylized line work is very captivating, although there are some faces and panels that are a little wonky. Ive Svorcina also does a great job adding to that less stylized feel, and I believe this is the first time Asrar has been parired with him as a colorist. But hey, he draws stupid, sexy Namor almost naked on his throne and really what more could you ask for?

Taylor and Asrar channel that Grant Morrison period of “New X-Men” here, including in the reveal of the main conflict going forward which should have hardcore X-Men fans very excited. This is a great kickoff issue for this new series, which I wish could have spent more time with the actual team. I understand though, this is Jean Grey’s book, and when you take a character off the board for as long as she has been you have to build them back up again. This series, along with much of the other “X-Men” work lately is channeling that 90s/00s nostalgia, but building a path for the franchise to move forward. If you have been a lapsed X reader, there is no better place to get back on board than here.

Final Verdict: 8.3 – A great debut that builds on “Resurrection,” reintroduces Jean Grey, and begins to build a new team with mostly solid art and a great direction.