“Because I’m the best at what I do, but what I do best isn’t very nice,” Logan says to Kayla Silverfox from behind the wheel of his ’65 El Camino. He’s explaining to her why Stryker wants him back. He’s also demonstrating one of the film’s flaws.

Sometimes X-Men Origins: Wolverine is about a man’s struggle to control his identity. Young James discovers that he’s a “monster” at the same time he discovers he has a brother. We watch the brothers fight side-by-side and back-to-back in several wars. We see them grow apart as Victor embraces savagery and James struggles to overcome it. This all happens in an opening montage that leaves you wishing for more.

But, you don’t get more. You’re whisked from the brothers’ military career to a “special team with special privileges.” The team demonstrates its powers as you’re introduced to a packed supporting cast. James (now Logan) chafes at the team’s cruelty. Victor climbs a building, sneers, and disappears for much of the action. A film that started as a character study degrades into a movie packed with cool characters, snappy one-liners, and action-packed battles. Instead of focusing on the brothers, Wolverine explores how many mutants are too many.

Much has been written about the behind-the-scenes troubles that plagued the filming of X-Men Origins: Wolverine. Fox never gave director Gavin Hood complete control. The writer’s strike left him with an incomplete script, and it went back for at least a few rewrites. So, it’s not a surprise that it looks like two (or more) movies rolled into one. It’s this dichotomy that makes watching the movie fun and challenging at the same time. Liev Schreiber’s Sabretooth has a gravitas that’s more interesting than the comic character has ever been. Hugh Jackman makes you believe that no other actor can ever play Wolverine. But their struggle takes a backseat to scenes that movie executives think we need to see instead. Wolverine has to tangle with his former teammates. He has to chomp on a cigar. He has to tell someone he’s the best he is. The scenes are required; studio rules. None of them are bad and the action is well-choreographed, but they’re a distraction. They’re not necessary.

When the brothers meet in final battle, they’re interrupted again. This time it’s Weapon XI! The ultimate mutant! Deadpool with big claws and his mouth sewn shut! I won’t dwell on this foolishness. Many a reviewer has gone there before.

It’s right before that exercise in foolishness that Wolverine teeters toward a satisfying conclusion. Logan has Victor on his back and is about to kill him when Kayla reminds him that he’s not an animal. Victor tells him he is, but Logan embraces his humanity and spares his brother’s life. We knew Wolverine couldn’t ride into the sunset with the girl since Fox positioned this film as a prequel. We’d already seen Chekov’s adamantium gun, and Stryker told us exactly what it would do. But imagine a cut of *X-Men Origins: Wolverine” that skips right to a confrontation with Stryker. It would be a very different movie. 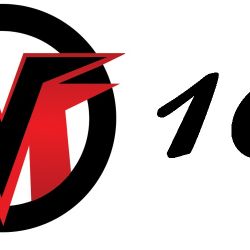 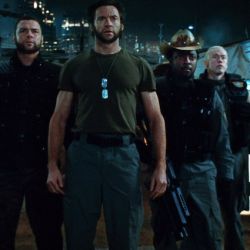 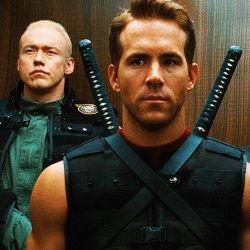 The Highs and Lows of X-Men Origins: Wolverine

Look, I’m not going to tell you X-Men Origins: Wolverine isn’t a flawed movie. We could spend all day discussing every issue we have, starting at the beginning, with the opening credits where the screen is paused on an actor with a credit that isn’t for them, and how that might be confusing for people. […]