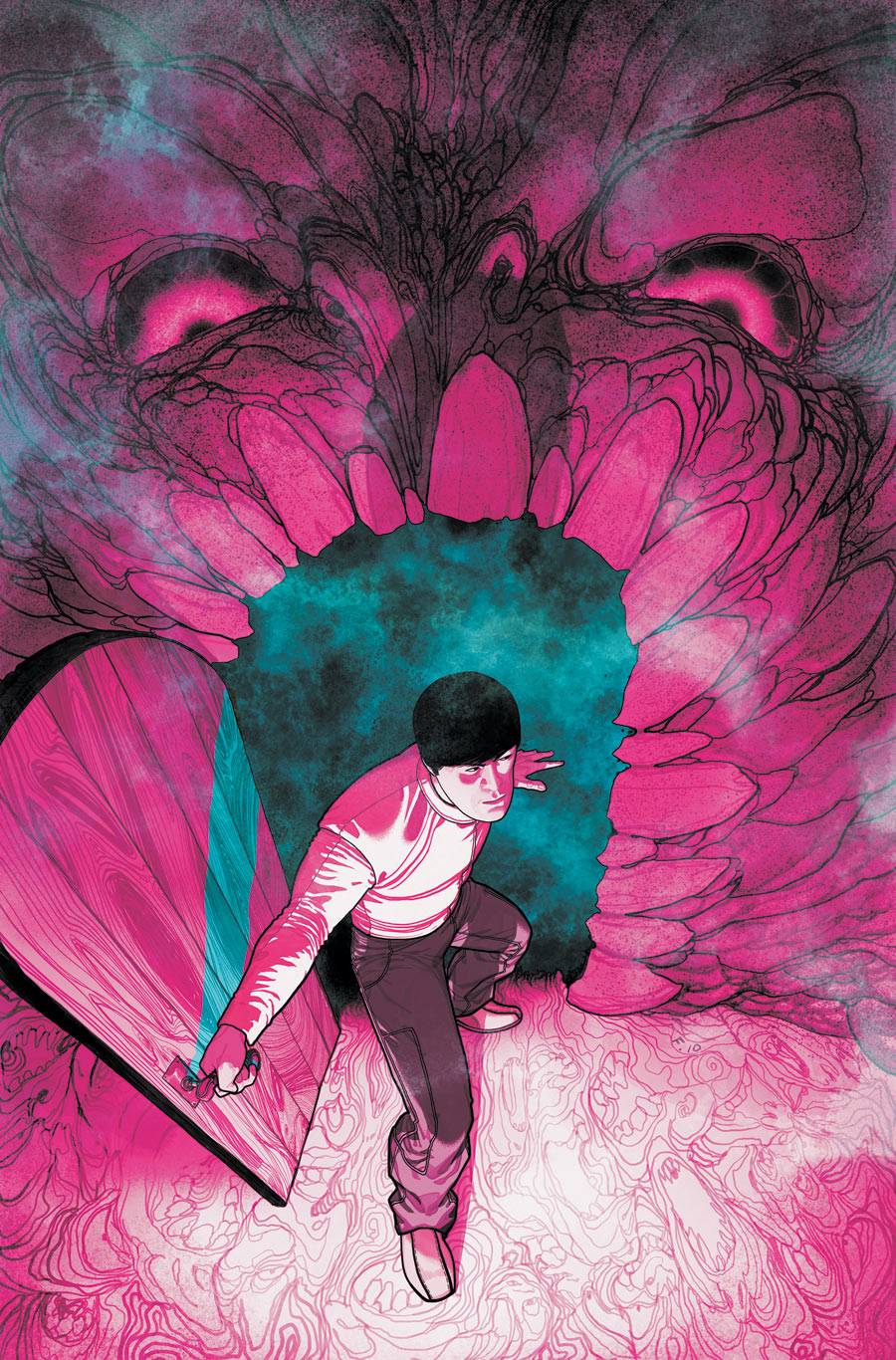 Earlier this year at San Diego Comic Con, DC Comics announced plans to revisit the Milestone Universe in a series of original graphic novels, mini-series, and one-shots. While I eagerly await this new wave of comics, I’m reminded of the previous “relaunch” of the Milestone Universe at DC. While undercut by the impending launch of the New 52, 2011’s “Xombi” was an enjoyable surprise and a perfect example of how to relaunch an under-recognized and under-utilized property. 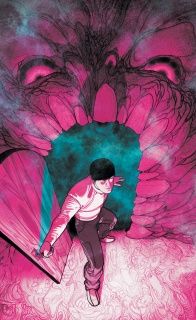 Writer John Rozum and artist Frazer Irving (BATMAN AND ROBIN) team up to deliver the finest in contemporary urban horror – with a super hero twist in this sensational graphic novel! XOMBI centers around David Kim, a medical researcher who was attacked in his laboratory by strange creatures and left for dead. His supernaturally induced mortal injuries were repaired by nanomachines injected into his body. The combination of science and the supernatural has had two consequences. 1) He cannot die. Ever. He can self-heal any wound, any disease, never has to brush his teeth, diet, worry about aging, or use a toilet. The nanomachines in his body process everything and keep him in peak physical condition. This condition brought on BY artificial means is what makes him a xombi. 2) He has now become a magnet for supernatural phenomenon. All manner of really strange stuff occurs with him somehow winding up in the center of it.

As you can tell from the solicitation text, “Xombi” has one heck of a high concept. David Kim has more in common with Wolverine than he does the shambling undead, and the concept seems decidedly more science fiction than fantasy-horror. While David is a prototypical “science hero,” his supporting cast, consisting super powered nuns, a religiously charged school girl and a golem-commanding rabbi, are quite otherworldly. This blend of science and supernatural is one of the many things that sets “Xombi” apart from its peers.

“Xombi” is overflowing with fantastic ideas and concepts, almost to a fault. Rozum and Irving sprinkle enough evocative terms and imagery into these six issues to adequately drive a sixty issue series. There’s not nearly enough room to flesh things out to a satisfying degree, but the areas that get the most focus are an absolute joy. The world inhabited by David Kim and his compatriots is as fascinating as it is disturbing. Books with contagious semicolon cancer, secret invisible floating fortresses, pennies charmed for espionage and the brilliantly designed mummy sisters are just a few examples of the incredible concepts contained in these six issues. As unique as the world is, it still fits squarely within the DCU. The character Julian would feel right at home with John Constantine, and the inclusion of a demonic child in an Alan Scott halloween costume is a morbidly creative use of the shared universe.

Frazer Irving’s style is arguably an acquired taste. His figures are often quite static, highly exaggerated, and his monochromatic coloring is suitably polarizing. For some books, such as the final arc of Morrison’s “Batman and Robin,” the style can skew a little too far outside of conventional aesthetics. However, I would argue that Irving’s unique visual style is a foundational aspect of this incarnation of “Xombi,” without which the story would be far less special and significant. I would go as far as to say this is the one of the few Big Two projects that has made full and adequate use of the artist’s unique sensibilities.

Admittedly, the story is not without flaw. The plot relies on an occasionally dizzying amount of exposition, particularly in the first, third, and fifth issues detailing Kim’s origin, Finch’s plans, and Annie’s origins, respectively. There are a number of plot points, particularly pertaining to Julian, that seem to be left dangling, a possible side-effect of the New 52 cancellation wave. The subplot involving David’s fears regarding his fiancé Dalila never quite carry the emotional weight one would hope for, probably because we never actually see the couple interact.

Finally, and possibly the most troubling, the moral relativism presented by Annie is rather hard to overlook. Here’s a character that spent a century murdering countless innocents in the quest to reclaim something that, in reality, was only hers through fortunate birth. The fact that the characters seemingly, at least by series’ end, accept her actions is tough to swallow.

However, Rozum tends to find a sense of balance throughout the story. While the first half of the third issue features a lengthy explanation of Finch’s machination, it is countered with an emotional look at the value of life; how easily it is taken for granted, squandered by the living. It takes the phrase “youth is wasted on the young” to its logical, frightening conclusion; “life is wasted on the living.”

There’s also a terrific balance between the first and second half of the series. The first half acts as a sort of mini-arc, introducing the characters slowly through a mystery involving an escaped prisoner. The third issue wraps this arc, exposing the main villain, leading into another small arc that resolves the series’ central conflict. There’s a sort of ring structure at play, with the middle issues of the series packing much of the story’s dense backstory and mythology. The first and last issues form a fitting bookend, with David’s story beginning and ending in much the same way. One might argue that this signifies a lack of character arc for David. While I believe staying at the Skull stronghold with Annie would have been far more interesting, his decision to continue living a normal life in spite of everything fits with themes presented earlier in the story.

The twists on familiar ideologies and concepts are one of the most enjoyable aspects of “Xombi.” The use of religious figures as super heroes is not unheard of, though it almost unanimously a bad idea. Here, however, Rozum is able to blend religion and mysticism in a way that is both compelling and believable. David Finch’s unique take on “time travel” feels both logical and, to a degree, attainable. Immortality is often rooted in the supernatural and while there’s some of that in the strongholds, there’s also element of manmade machines and structures. This calls to mind the sort of theoretical futurism you might find in, say, a particularly interesting Ted Talks lecture.

With all of this in mind, I’ve never quite understood why “Xombi” didn’t carry on into the New 52. The series embodied so much of what the New 52 set out to do; create an increasingly diversified and accessible DC universe. The book could have easily been delayed 6 months, launching alongside other “Dark” books like “Animal Man” and “Frankenstein.” Instead, Rozum moved on to the woefully ill-fated “Static Shock” reboot, while Irving contributed to the under-rated “Shade” mini-series. Speculative history aside, “Xombi” remains a wonderfully enjoyable supernatural thriller from turbulent point in DC’s publishing history. Today, it stands as a terrific example of the Milestone universe’s untapped potential, something of which I hope the powers that be take note.