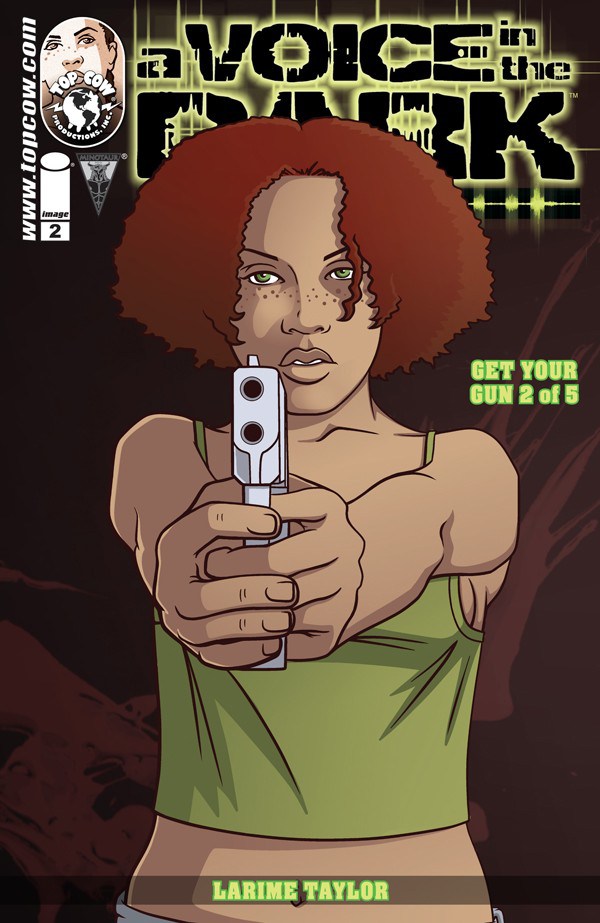 “A Voice in the Dark: Get Your Gun” returns after an unexpected break. Thankfully momentum wasn’t slowed down too much and this issue brings danger right to Zoey’s door in a couple of different ways. It all makes for a very exciting and nerve wracking issue. 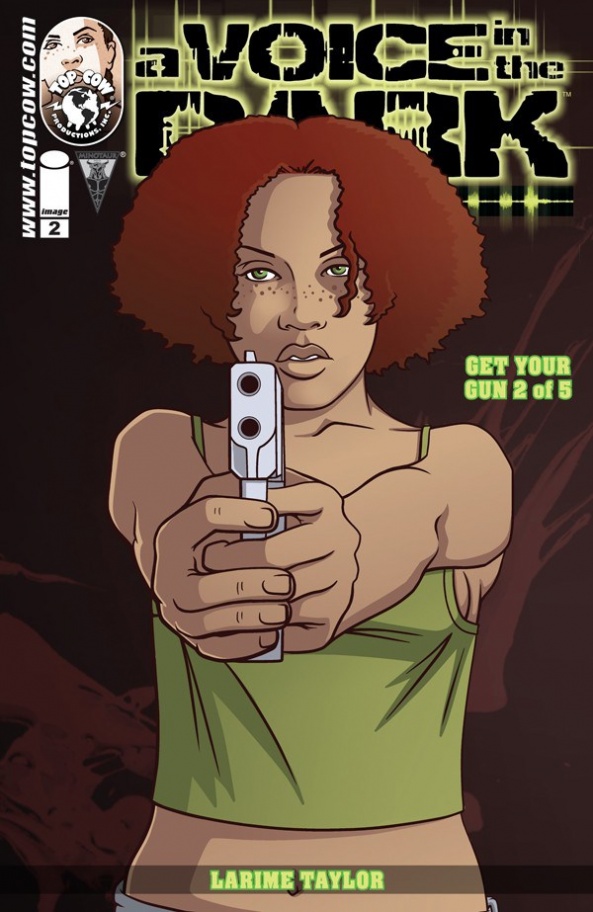 Written by Larime Taylor
Illustrated Larime Taylor
Zoey and Rio get to know each other better and find in each other someone who truly understands them. Detective Dunst starts to narrow down the suspect list, but is he working for justice or money?

Due to some unforseen and unfortunate circumstances (more at the bottom of the review), “A Voice in the Dark: Get Your Gun” saw a big delay between issues one and two. Creator Larime Taylor has pushed on and this week we get the second part of this arc in our hands. I’ve gone on in great length about this series and after this issue I still stand by it all. This issue was exhilarating in a very understated way.

“A Voice in the Dark: Get Your Gun” #2 picks up with Zoey in the aftermath of murdering Mandy and Brock. A little more time has passed, and she’s now getting even closer to Rio; at least at close as she can. Zoey has settled into a life at school, more so now than before, and is doing her best to fit in better. She’s hanging out with friends, still seeing her psychologist, running her radio show and attending classes. But now there’s a police investigation going on for the murders she committed and she has to make sure her tracks are total covered. So you know, a regular Wednesday for Zoey.

When I finished this, I noticed that this issue has basically four important moments; conversations to be more exact. What Taylor does is give us all of the important parts of Zoey’s life in one issue and essentially it feels very true to life – you know, without all the murder talk. Zoey is even more realistic in this issue than she ever has been. It felt like a real balancing act and moved fairly quickly. It’s what life in her shoes is like. It’s what life is for most people this age. You do a lot of things at once and hope that you can do it all right. In Zoey’s case, there is this dark undercurrent with what she does. This is again, something Taylor gets to in the middle of this character development. It’s actually kind of crazy how much gets packed into this one issue. Even crazier is how with all this information thrown at us, it doesn’t feel like anything is being glossed over or rushed.

Larime Taylor has, from issue one, done an amazing job at looking at the darker side of humanity. Zoey is not like other killers and that’s something very much at the forefront of this issue. First, there’s a flashback in the first few pages to her childhood and that sheds light on her mental state about killing. She’s not like Dexter Morgan or even Rio. She has remorse and struggles with what she does. However, as we see when she’s with her roommates, she struggles with being social and that’s a big contrast from what serial killers typically do. They are friendly and “play the game” very well. She has to fight to do that and since it’s not typical of killers, it almost makes her more of an unlikely candidate to do these things which in turn makes her even more scary. It’s also a very nuanced contrast in her character makeup. One that will hopefully continue to be examined.

The art is solid all around. It doesn’t look rushed and I enjoyed the use of shadows throughout the entire issue. Nothing is ever outright in the light. It mirrors who Zoey and even Rio are. The few times there is a much lighter feeling is when Zoey is with her roommates. Again, it shows how things contrast. It’s a very cool way to color the comic. The opening flashback is done in a more cartoon style, which reflects Taylor’s caricature work, but also calls back to The Boondocks. I enjoyed it visually but I wish it had a little more color.

“A Voice in the Dark: Get Your Gun #2” is a real success and despite the delay, the story doesn’t lose a beat. As I mentioned, Larime Taylor and his wife Sylv ran into some health issues which delayed the book. Larime took in him mom and brother and his wife had to have surgery after being diagnosed with ovarian cancer. So, support this excellent book and if you can, donate to the ongoing fund here.

Final Verdict: 8.8 – “A Voice in the Dark” continues to be an understated gem.