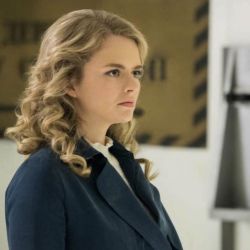 Five Thoughts on Supergirl‘s “Will the Real Miss Tessmacher Please Stand Up?”

President Boxleitner is back to grace our screens and while he may not be as wonderful as President Lynda Carter, I always get a kick out of seeing him on the screen. What? He’s only in the episode for, like, a minute? Well that’s just a shame. At least we get to see David Harewood aga-- Oh. No. It’s CGI Martian Manhunter. . . Dang. 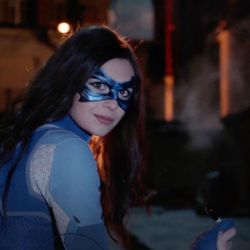 I wasn’t sure what we’d be getting this week, considering how close we’re getting to the end of the season. Would they do a 180 and have Kara go back to being Supergirl midway through the episode? Maybe. Would they address Jimmy’s Haron-El poisoning & blame Lex? Most definitely. But what I’m most concerned with is the final scene of the episode because. . .well, we’ll get to that. 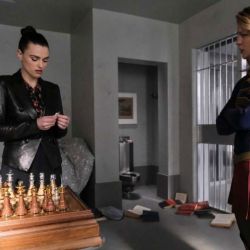 Welcome back all you Supergirl fans! Passover is in full swing and Easter has wrapped up so you know what that means! That’s right, we get to watch Supergirl watch Lena read traumatizing diaries, listen to Otis Graves mug for the camera, and try to figure out if James’ story is supposed to be about his trauma with being shot, Lex, or the Haron-El juice in his veins. Oh, and Kaznian Supergirl is nowhere to be found. 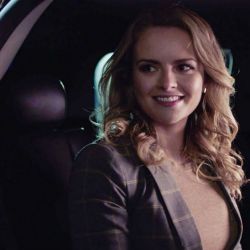 Five Thoughts on Supergirl‘s “All About Eve”

Welcome back all you Supergirl fans! You know, for an episode called “All About Eve,” there’s very little Eve Tessmacher in it and, instead, we focused on Jimmy, J’onn and Lena. Don’t get me wrong, this wasn’t the worst decision they could have made nor was a particularly bad one, it’s just a baffling decision considering the title. Maybe the next episode will be called All About Lex and feature exclusively footage of Superman on New Krypton. I’d watch that. 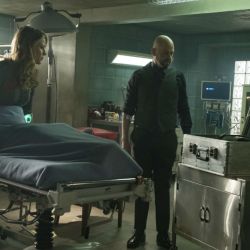 Five Thoughts on Supergirl‘s “The House of L”

Welcome back all you Supergirl fans! This week, just like Arrow, we’re taking a bit of a detour away from our main character to focus on Supergirl’s equivalent of the flash-forwards. . .kinda. Sorta. I wish it was more like Arrow and I’m honestly ashamed of myself for saying that. But hey, season 7’s been […] 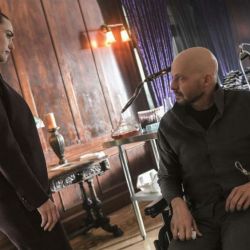 Five Thoughts on Supergirl‘s “O Brother, Where Art Thou?”

Welcome back all you Supergirl fans! After four season, we’ve finally got our Lex Luthor, a character no one was asking to see nor that we needed but, well, here we are, with yet ANOTHER big villain for the season. You had a good thing going Supergirl. It wasn’t perfect, it certainly wasn’t escapist TV, […] 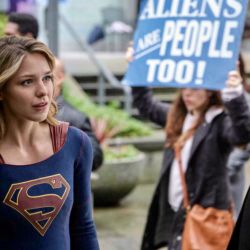 Welcome back all you Supergirl fans! After a couple weeks of missteps and unfocused plotting, we’re finally getting back on track. While there were still moments when I checked out, mostly when Menagerie was on screen, on the whole, this felt like a return to form of the first half of the season. Plus, we […] 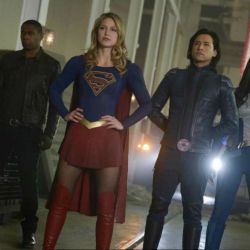 Five Thoughts on Supergirl‘s “What’s So Funny About Truth, Justice, and the American Way?”

Welcome back all you Supergirl fans! After nigh on a month, I return to the show of steel. Thanks to Chris for covering for me two weeks ago. Go check out his Black Lightning and (when IT returns in April) his Legend of Tomorrow reviews. So, what did the show get up to while I […] 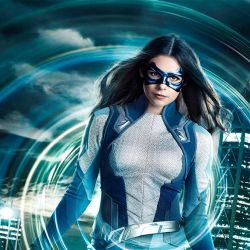 Supergirl came back, for one night only this month with a special Valentine’s Day-themed tale. Love wasn’t in the air though as much as a heart-eating alien snake that bonded with thief Pamela Ferrer (Jessica Meraz), the titular monster of this episode. (It also saw Nia’s debut as Dreamer, which I’ll come to in a […] 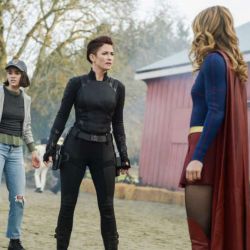 Welcome back all you Supergirl fans! After last week’s rocky but OK episode, we get a return to the somewhat more focused episodes of the first half of the season (of which this technically is a part of but shhhhhh, don’t tell The CW.) It’s a Nia-centric episode, continuing her journey, with a few other […] 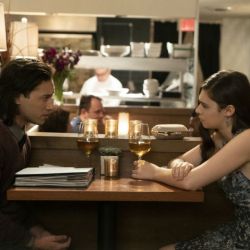 Welcome back all you Supergirl fans! Whew, am I glad to be back to Sunday nights. Tuesdays had its perks but it just feels right to start the week off with Supergirl. Although, it is kind of quiet around here without the rest of the DCUniverse crew (sans Chris. . .sorry man.) What’s the girl […] 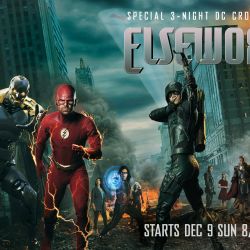 Hi folks! On writing duties this year’s team include our three regular reviewers: Ramon Piña (The Flash), Mike Mazzacane (Arrow) and Elias Rosner (Supergirl). Together this trinity of writers talk about the final hour of ‘Elseworlds,’ wherein the Monitor was more like “Countdown’s,” Ollie gave a speech for the ages and the phrase we’ve been […]